Empire Gold necklace with micomosaic. Enquire about this Item 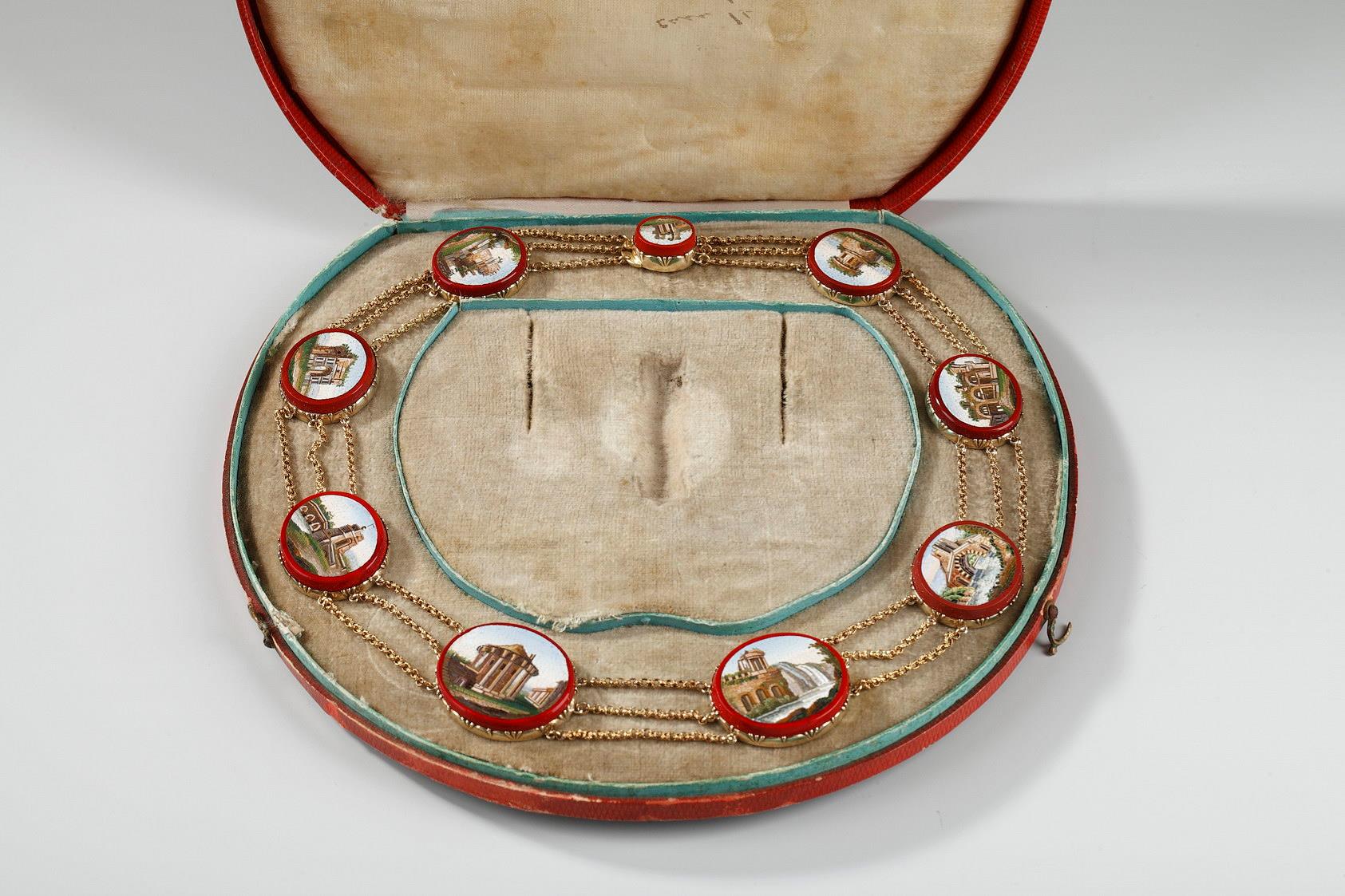