GOLD AND MICROMOSAIC BRACELET. CIRCA 1860-1870 Enquire about this Item 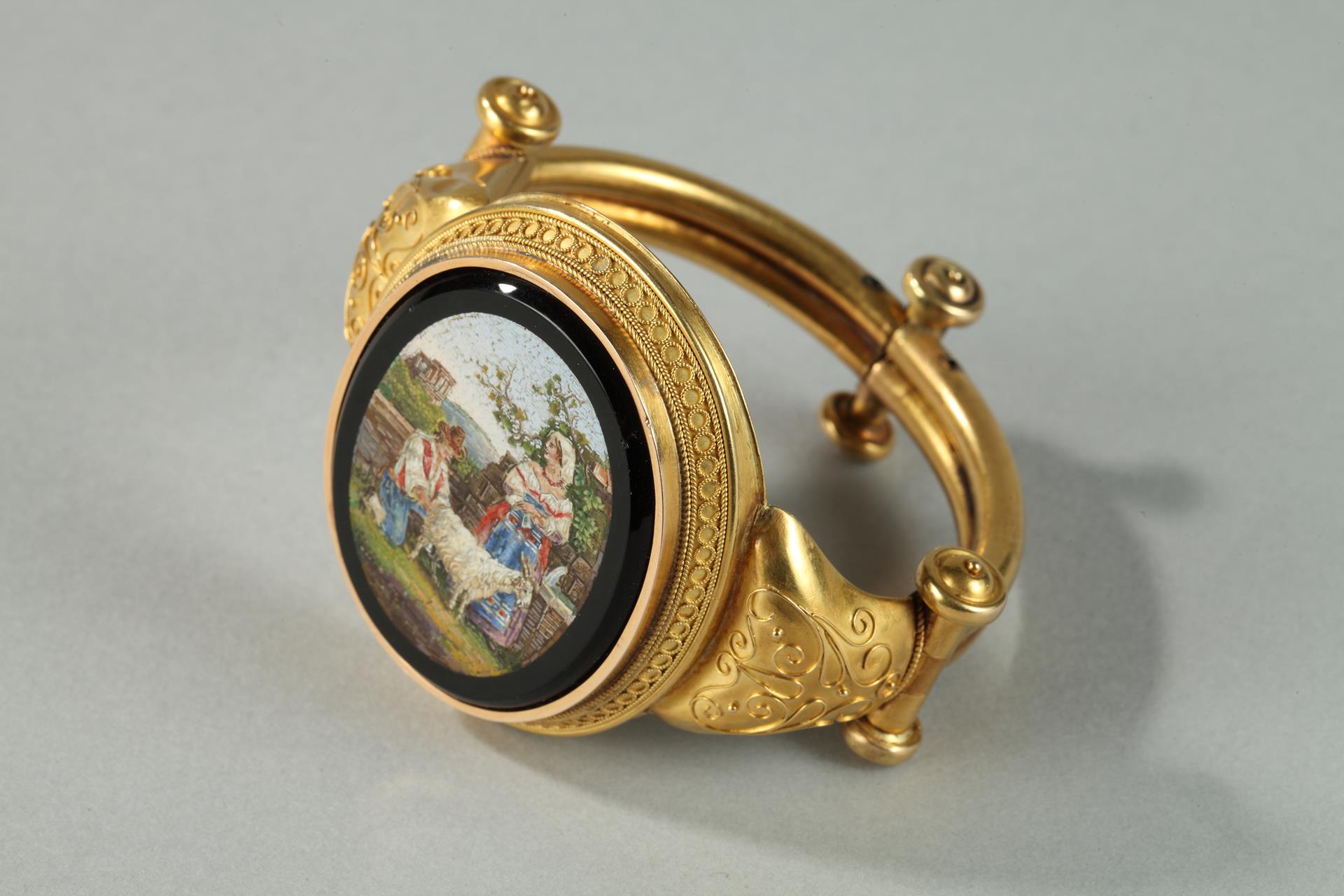 Gold bracelet composed of two rigid, articulated elements that form a circle. The bracelet is decorated with a central medallion featuring a micromosaic. The medallion is ringed with cannetille motifs and lines of gold that form arabesques. The quality of metalwork is reminiscent of Etruscan craftsmanship. The central medallion represents a pastoral scene with two peasants next to a fountain. The man is milking a goat while the woman is refreshing herself at the fountain. Roman ruins stand in the background. This composition was inspired by Francesco Londonio, a Milanese artist. The engravings of his paintings strongly influenced mosaic artisans during the second half of the 19th century. This piece presents several similarities with others from the Castellani jewelry workshop, which introduced Historicism in its creations. Italian craftsmanship from the second half of the 19th century. Circa 1860-1870.
W: 1.65oz (47g.)
D:2.75in. (7cm) / h:1.96in. (5cm)
Price: 16500€.
REF: 4973