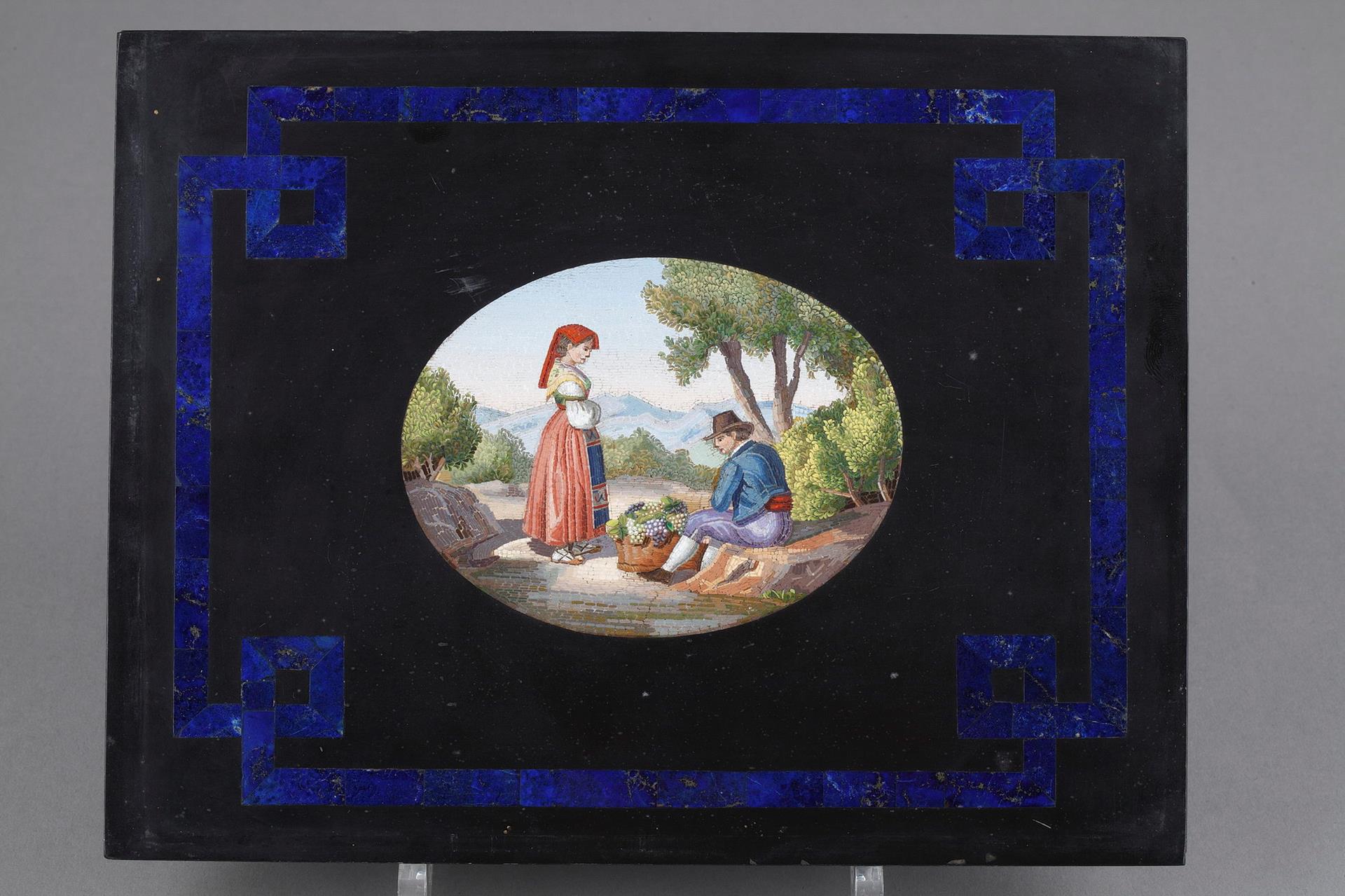 Large, black marble rectangular plate inlaid with a ribbon motif in lapis lazuli. In the center of the plate is a large micromosaic oval that features a peasant couple in a pastoral setting. The man is resting after harvesting grapes, and at his feet lies a basket of grapes. A woman in a traditional dress is standing in front of him. This composition and the style of clothing was influenced by the work of Bartolemo Pinelli (1781-1835), whose engravings were published during the first half of the 19th century. Italian craftsmanship from the mid-19th century.This plaque could be presented in a gilded wood frame.
L:11.4 in. (29 cm) /l: 7 in. (18 cm)
Period:Mid-19th century.
Prix:19500€
REF:8071