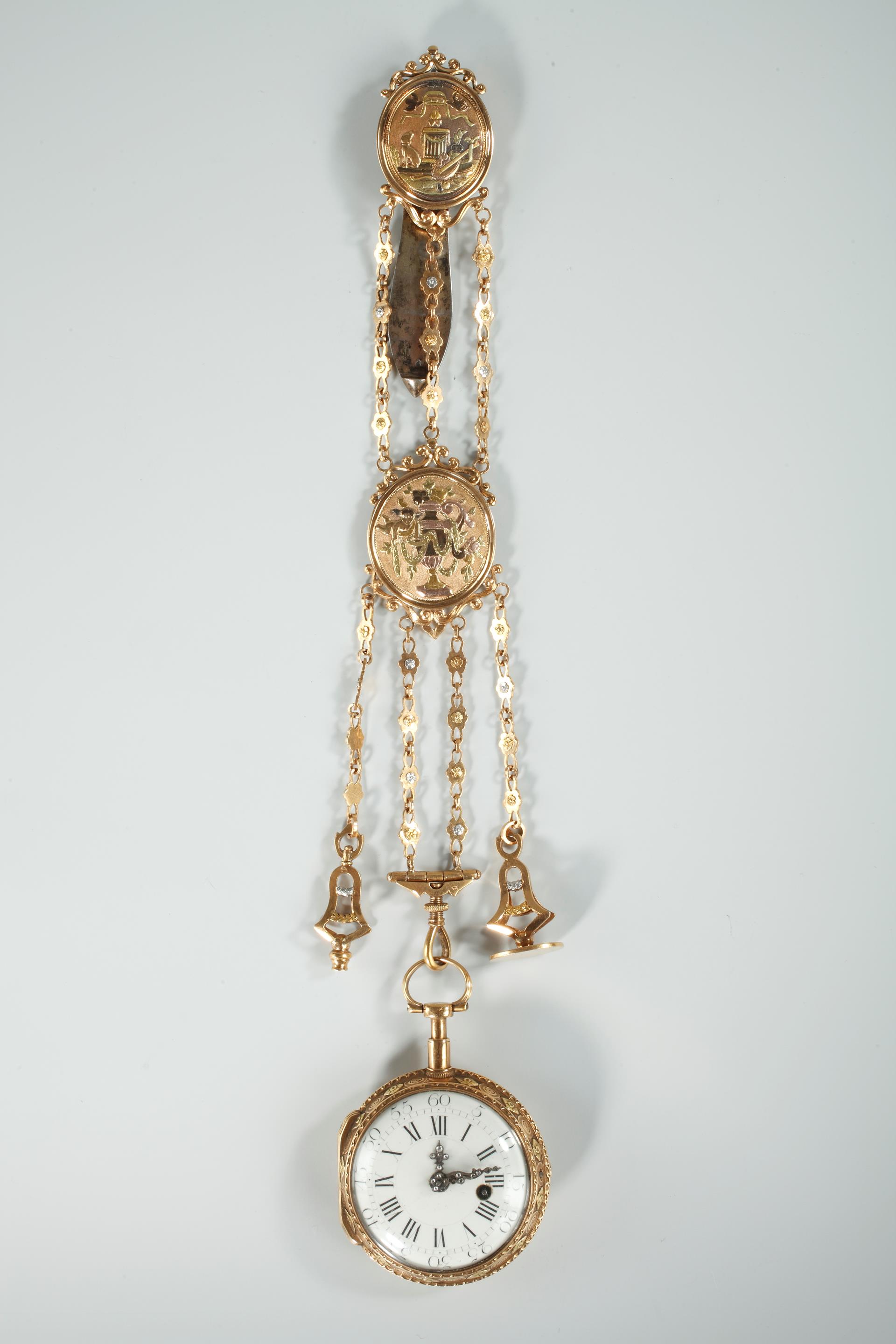 Chatelaine, which was worn at the waist, in three-colored gold (green, pink, and white), composed of a belt hook embellished with a medallion. The medallion shows two hearts above an altar dedicated to Cupid. At the base of the altar are a dog (a symbol of loyalty), musical instruments, and two doves. This medallion is connected by three small, floral motif chains to a central medallion. The central medallion features a baluster-shaped vase with flowers and cupids on a matte background. Four more small chains descend from the central medallion and are connected to a watch key, a seal, and a watch. The watch casing is embellished with an intricate starburst, suggesting the rays of the sun, as well as an altar with a vase on it, a dog, and trophies. Small diamonds are inlaid on the hands of the watch.
Length: 6.7 in (17 cm) Diameter: 1.8 in (4.5 cm)
Weight: 1.6 oz (44 g) without the watch / 4 oz (112 g) with the watch
Gold mark on the chatelaine: Tête d'aigle (recontrôle) (Eagle head) (reinspection)
Guarantee mark: R with crown
Clockwork signed: MCI à Caen François Cauger. Watchmaker active during the second half of the 18th century.
Price: 10 000€
REF : 4981