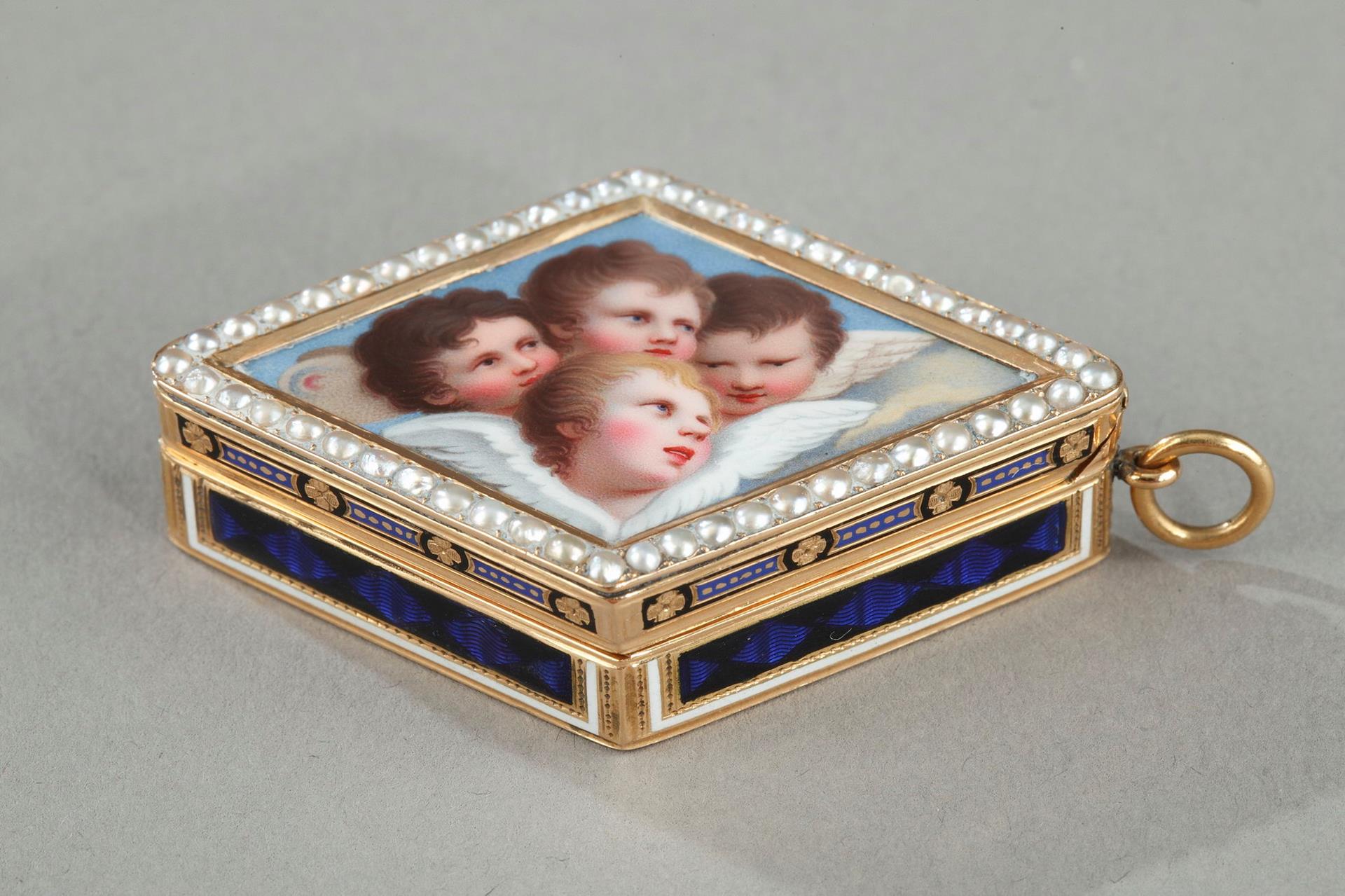 Diamond-shaped vinaigrette with enameled gold and bordered with pearls. The hinged lid is decorated with four winged cupid heads floating in the clouds. The sides of the lid are embellished with a taille d'épargne frieze with alternating flowers and dots in blue enamel. The body of the vinaigrette is decorated with translucent, royal blue enamel that leaves the intricate geometric pattern in the gold underneath visible. A band of white enamel frames the blue. Inside the vinaigrette is a protective grill featuring a floral motif that was used to hold a perfumed sponge in place.
Length: 1.8 in / Width: 1.1 in
Weight: 0.7 oz (20 g)
Gold mark: Tête de coq (Rooster head) 1798-1809.
Master goldsmith mark: I G C R. In 1811, Jean George Rémond, Jean Noël Lamy, Laurent Guisseling, Pierre Mercier and Daniel Berton formed a company known under the name of Rémond, Lamy, Mercier & Co. This company worked with the most famous enamellers of the late 18th century - beginning of the XIXth century and it is presented in many international collections.
Swiss craftsmanship, from the end of the 18th century.
Price: 16000€
REF: 5997