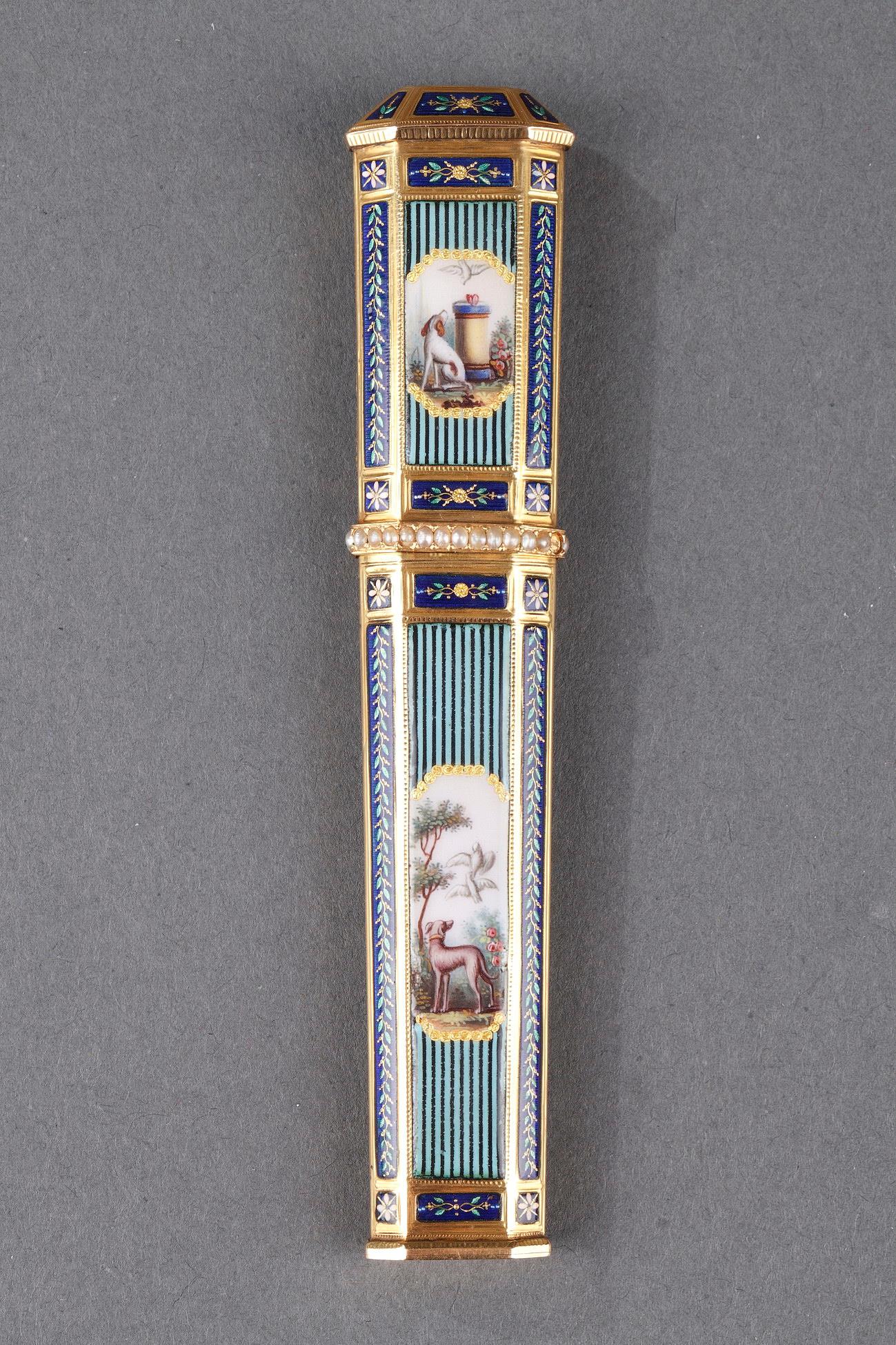 Needle case with eight sides in enameled gold. The case is embellished with four octagonal medallions framed with thin bands of gold. On the wider, lower part of the case is a medallion that displays a dog, symbolizing Fidelity, chasing two doves. The medallion on the other side shows a sheep nursing her young, symbolizing Motherhood. On the upper part of the case are two more medallions: one displaying a dog near an altar with a heart and dove above it, and on the other side, a lamb near a basket of flowers with two doves above. These medallions are set on a lavender-blue and black, opaque enamel background. The narrower sides of the case feature intricate friezes of stylized laurels set over a translucent, blue enamel background that leaves the intricate geometric pattern underneath visible. A row of pearls is inlaid at the opening of the case. This case, with its symbolic imagery celebrating the virtues of domestic life, was the kind of gift given as a wedding present during this period.
Weight: 0.85 oz (24 g)
Height: 4 in / Width: 0.6 in
Gold marks: Hiboux (Owls)
Swiss craftsmanship from the end of the 18th century. Circa 1795.
Some marks of use.
Price: 11000€
REF: 4939