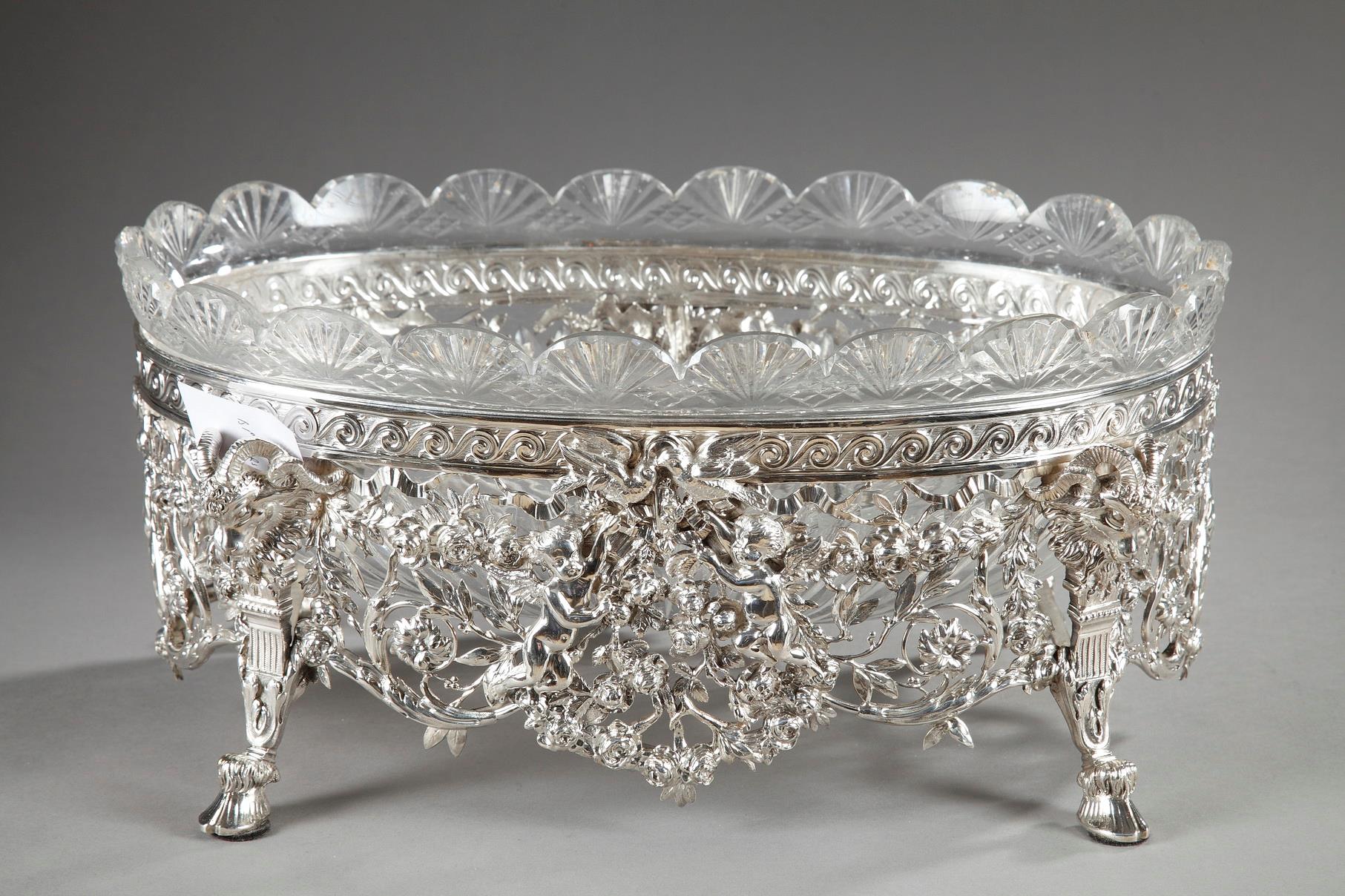 Silver jardiniere composed of a cut-crystal, oval bowl resting in a silver frame. The scalloped edge of the crystal bowl is decorated with radiating and diamond-shaped patterns. The silver frame is richly decorated with openwork ribbons, Greek waves, flowering branches, scrolling foliage, and roses. Birds and winged Cupids adorn both sides. The frame rests on four goat feet that ascend to meet their corresponding goat’s head, blended into the decor of the frame. This exquisite jardiniere was produced at the end of the 19th century and is most likely German craftsmanship.
Weight: 1859 g.
Dim: W: 15 in – D: 9,4in – H: 7,1in.
Circa :1890
Price: 8000€
REF: 4425