Limoges Enamel Casket.
Second part of the 19th Century. Enquire about this Item 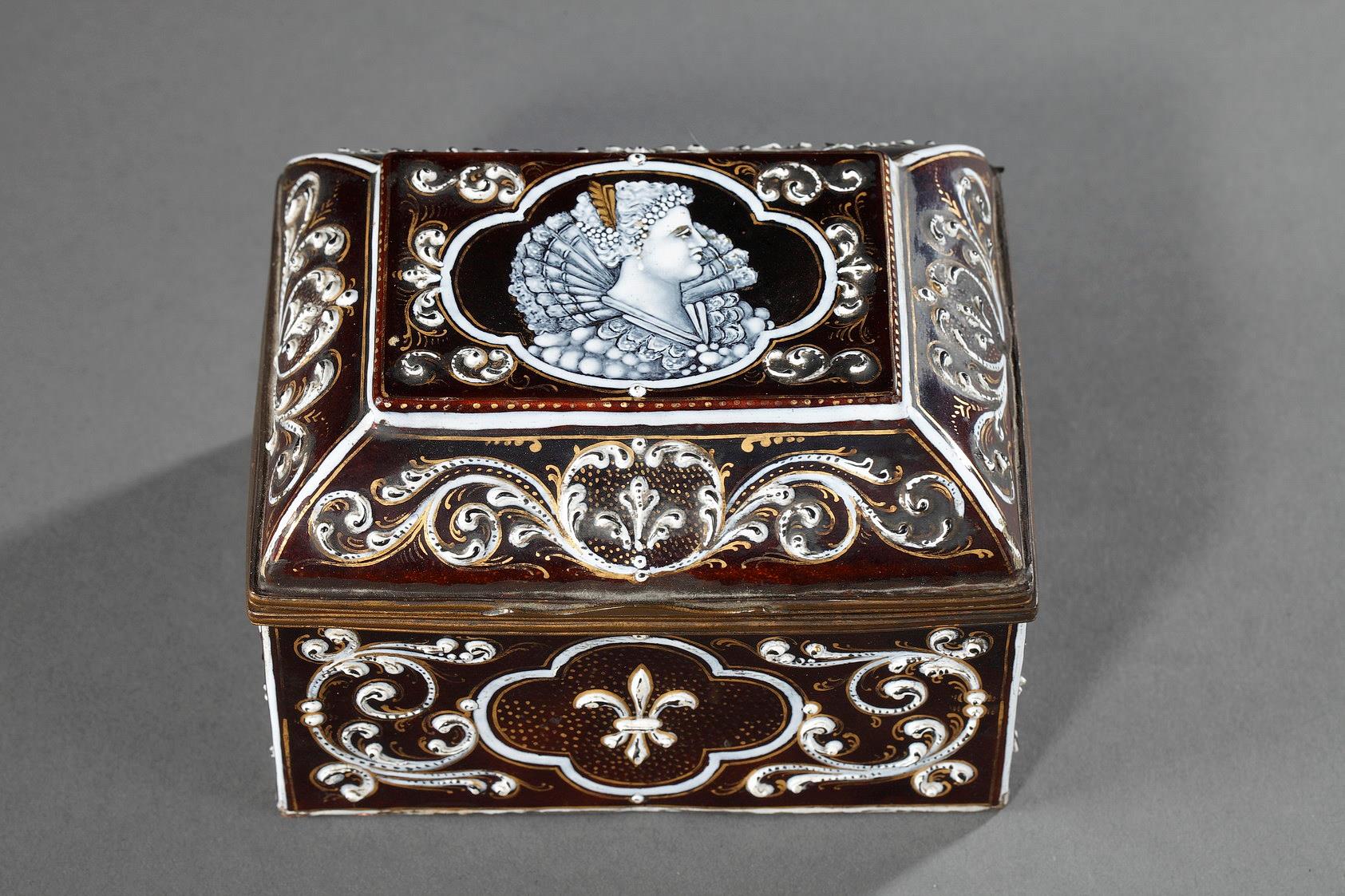 Small, rectangular, enamel keepsake box from Limoges. The lid is decorated with a central medallion featuring the profile of an upper-class woman, who was certainly the owner of this late 19th century box. Polylobed medallions adorn the four sides of the box, with fleur-de-lis on the front and back faces and two interlaced D's on the sides. The medallions are surrounded by leafy scrollwork and rinceau, which creates a beautiful contrast with the deep burgundy background. Light wear to the gilding and enamel.
W: 4,7 in - D: 3,5in - H: 3,5in.
Second part of the 19th century. Price: 950€
REF: 4400.