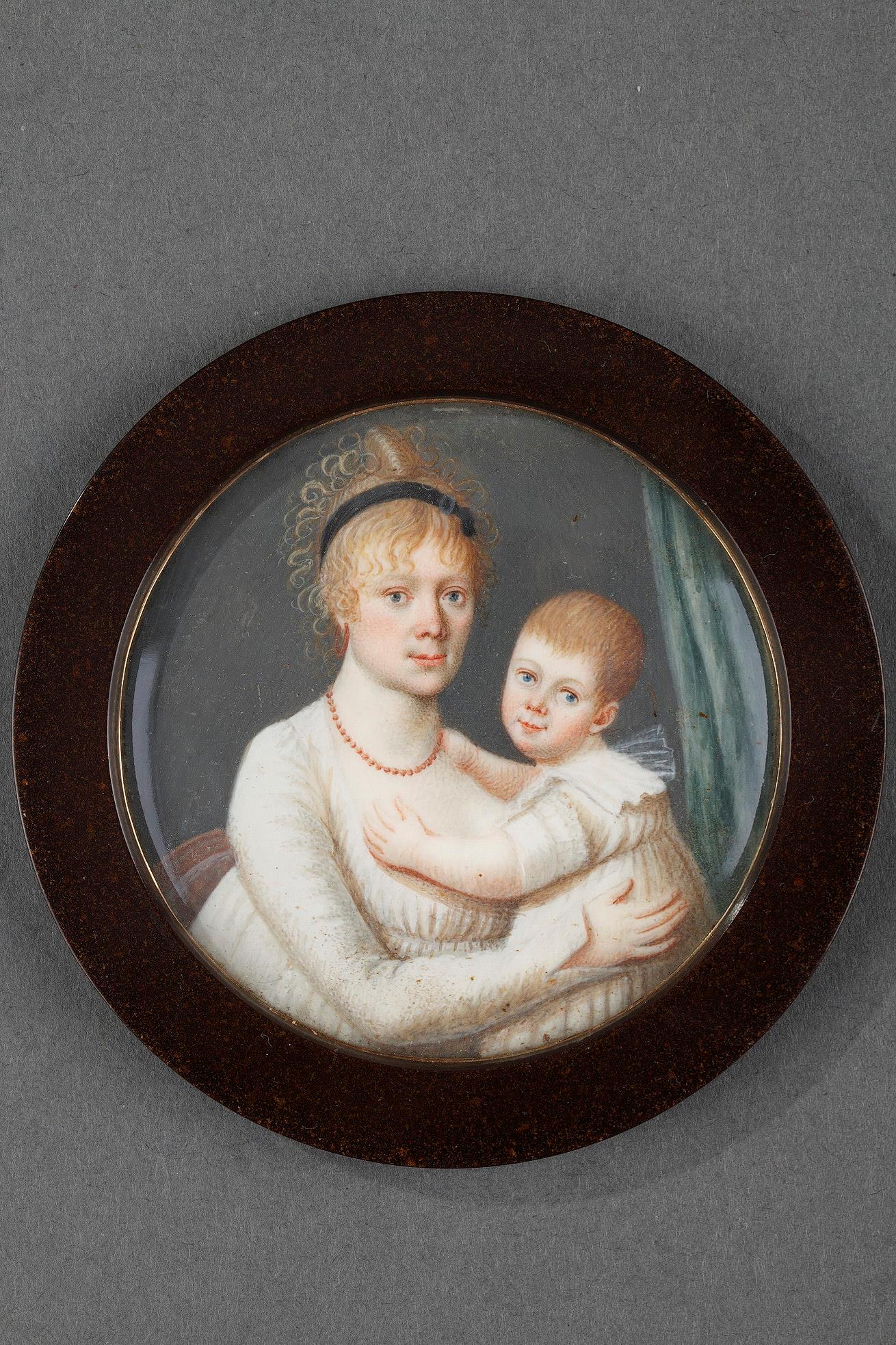 Circular miniature on ivory featuring the bust of a woman carrying a child. They are both wearing white dresses. The woman’s hair is pulled back and held in place by a headband, and she is wearing a matching set of coral earrings and necklace. The child’s dress is decorated with a broad, ruffled lace collar. This is an interior scene, framed in opened curtains. The theme of childhood appeared very late in 18th century paintings. Jean-Jacques Rousseau’s work, Emile, was instrumental in reviving the longing to return to nature and simplicity, and this influence is evident in artistic works from the end of the 18th century. Artists such as Élisabeth Vigée Le Brun began to paint young children. This miniature on ivory is a good example of this renewed theme during the late 18th century.
Diameter: 2.4 in (6 cm) Frame: 5.3 x 5.3 in (13.5 x 13.5 cm)
Early 19th century work. Empire period.
Price:1150€
REF: 8117