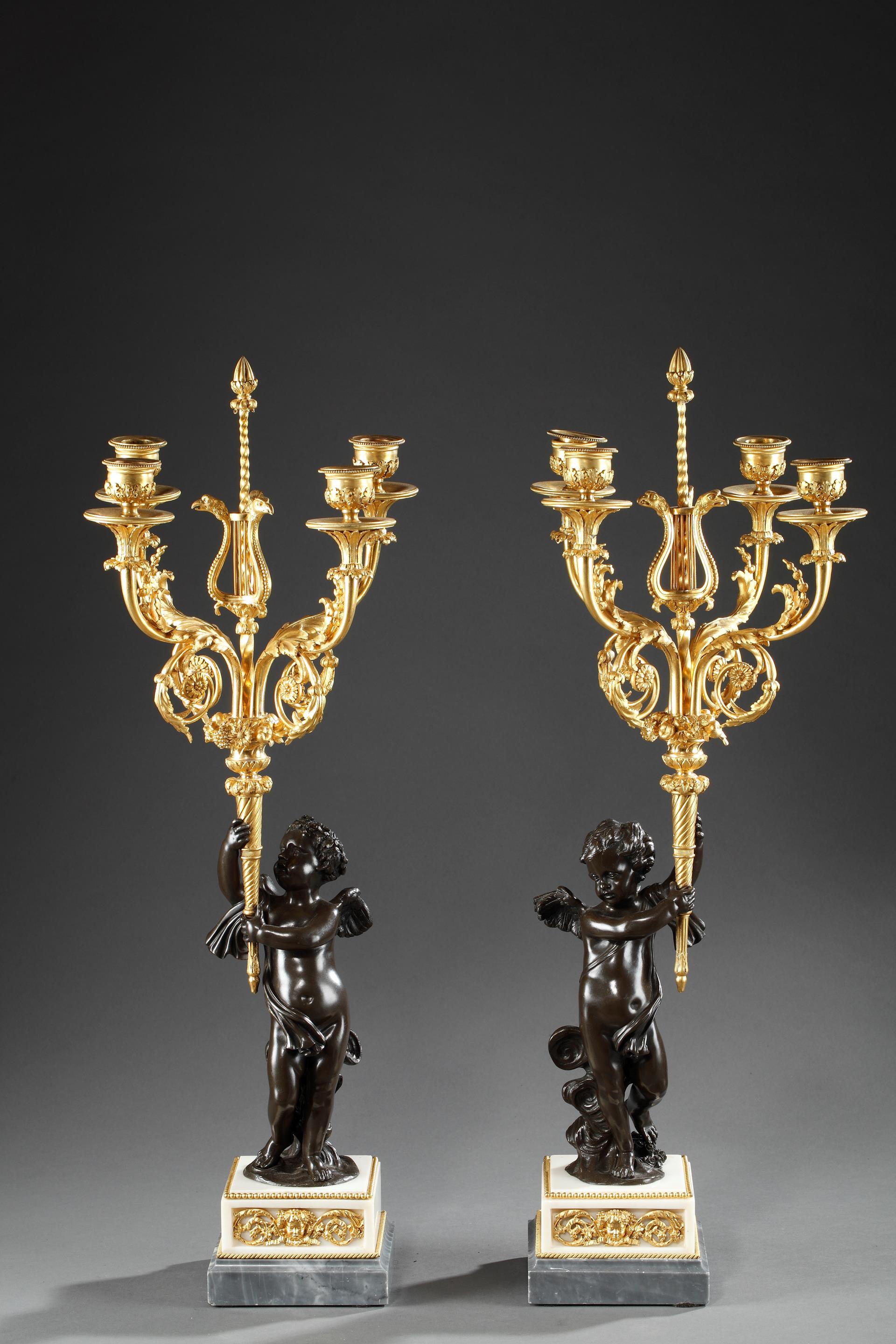 Pair of candelabras, composed of a young Cupid on clouds in patinated bronze, holding an ormolu torch. A vase with flowers and fruits sits where the flame of the torch would be, and four candlestick arms extend out of the vase. The arms are richly decorated with rinceau and foliage. A spiraling thyrse rises in the center above the candlestick nozzles, and three vulture heads support this central stem. The set rests on a square, white marble base decorated with putti heads, grape vines, and foliated rinceau. A frieze of gilded beads and twisted ribbon frame the white marble, which is supported by a gray marble plinth.
Dim: W: 8,7 in – D: 8,7in – H: 24,8in.
Dim: L:22cm, P:22cm, H:63cm.
Second part of the 19th century. Louis XVI style
Price: 8000€
REF: 4422