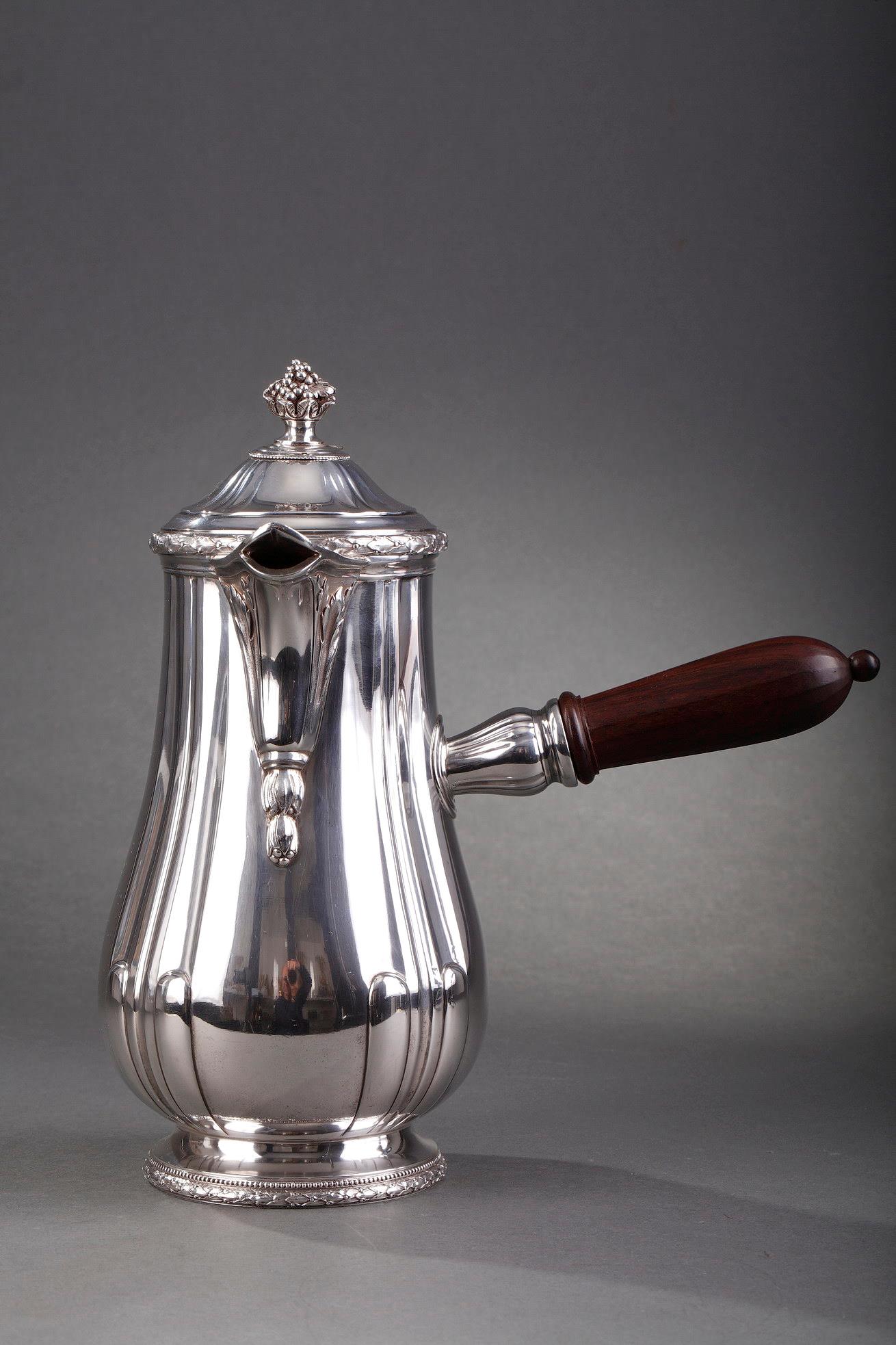 Silver hot chocolate pot decorated with laurel garlands and gadroons. The lid is topped with a fruit bowl, and a rosewood handle is attached to the side. Silver mark: French Minerve Silversmith: Puiforcat in Paris. Initially a family cutlery business founded in Paris in 1820, the current renown of the Puiforcat name is largely due to Jean Puriforcat, the fourth generation in the family business. It was under his leadership that the company became established in the avant-garde of modern silverwork. In the late 19th century, under the management of his father, Louis-Victor Puiforcat, the company began moving toward the high end of the silversmith's trade, recreating 18th century masterpieces that are now exhibited at the Louvre Museum in Paris. Louis-Victor's son Jean was named master silversmith in 1920.
H: 9.84 in. (25 cm) ; L: 4.72in. (12 cm).
Price: 2700€
REF:4407