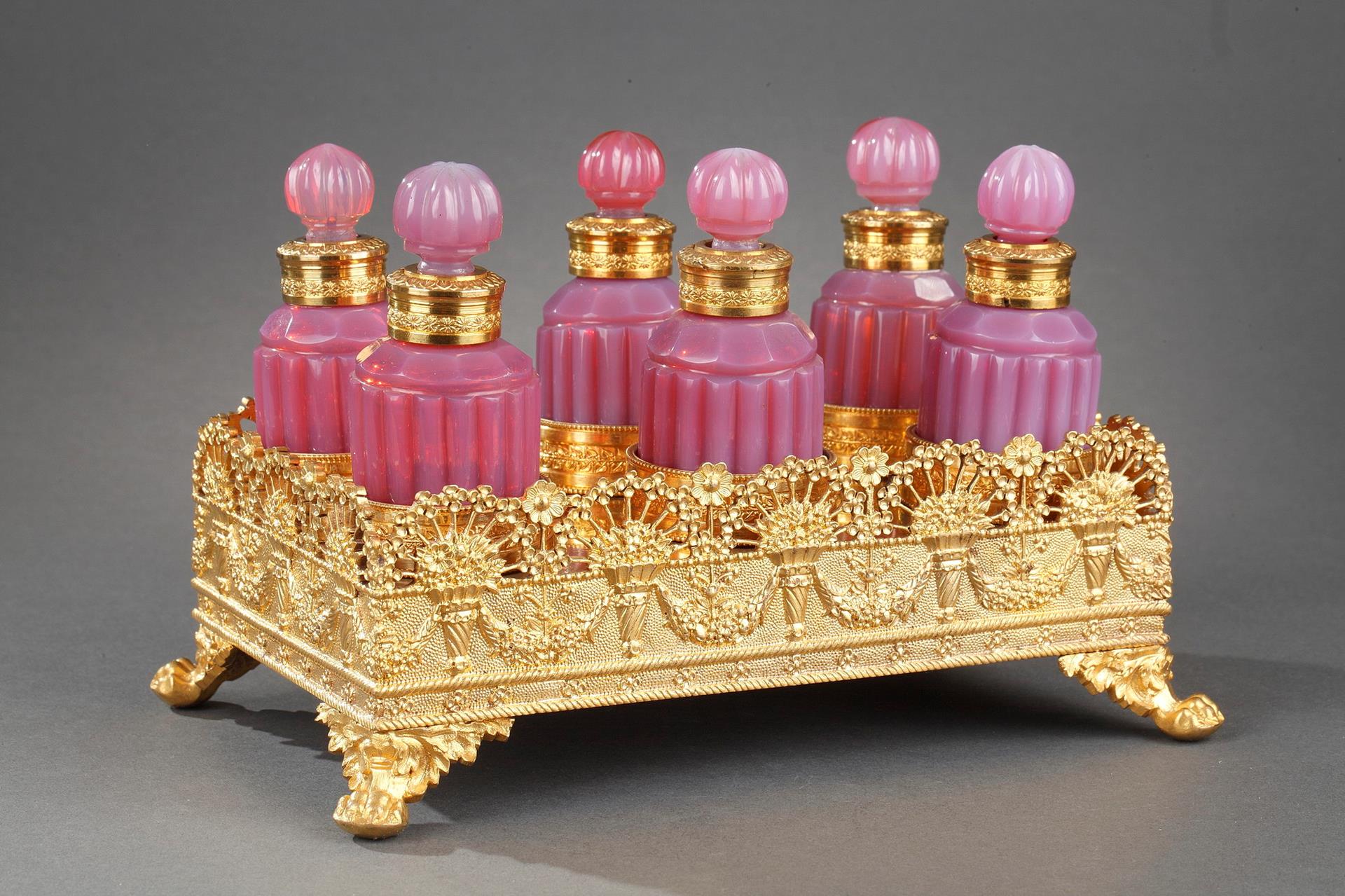 Perfume box with six blown and cut opaline crystal flasks set in an open, gilt bronze box. The pink, “pigeon throat” opaline is cut in a gadrooned pattern, and the removable stoppers are set in gilt bronze bands that encircle the neck of the flasks. The gilt bronze box is embellished with a frieze of flower bouquets. Each bouquet has a fan of hydrangea flowers extending from the top that creates a scalloped pattern, and the bouquets are connected by garlands. Inside the box, six circular compartments accented with a geometric pattern hold the flasks in place to stabilize them when the box is moved. The box is set on four lion’s feet. This color of opaline is exceptional and rare. The process of making the crystal opaque involved the use of bone cinders, tin, and arsenic, and magnesium sulfate gives it its pink hue. Only a few production centers in France were equipped to create these types of colors, such as Le Creusot, Baccarat, Saint-Louis, and Choisy-le Roi. The color play between the shades of matte gold and the high quality of the craftsmanship are characteristic of the production of toiletry items that were created during the early 19th century during the French Restoration period.One of the flasks has a scratch.
Box: L: 7.4 in (19 cm) W: 4.3 in (11 cm) H: 2.8 in (7 cm)
Flask: H: 3.1 in (8 cm) D: 1.4 in (3.5 cm)
Early 19th century work. Restauration. Circa 1820-1830.