Pair of opaline vases.
Mid-19th century. Enquire about this Item 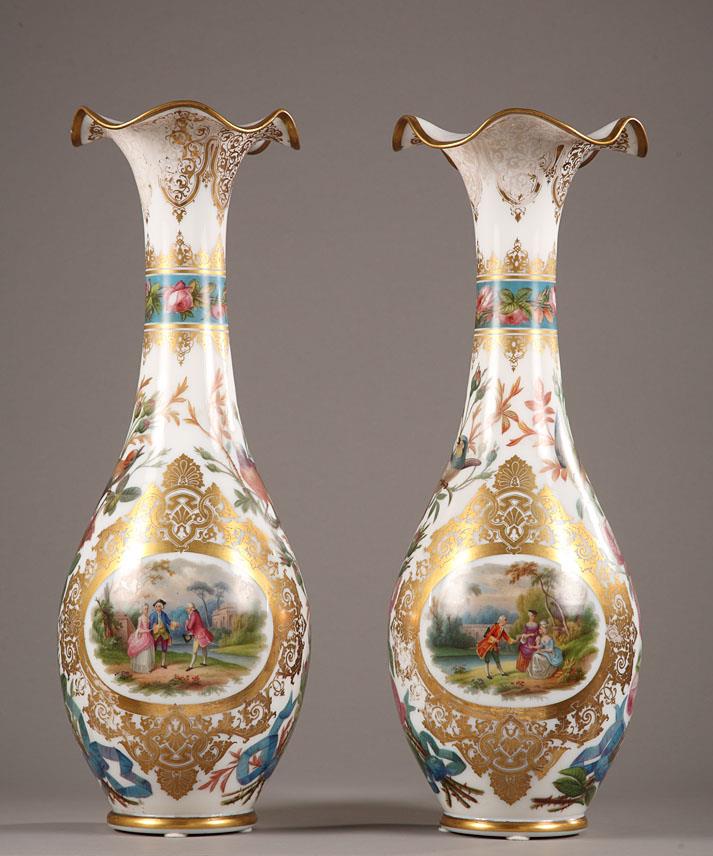 Pair of vases in white opaline and shaped like inverted balusters. The mouths of the vases have large waves, and the sides are decorated with branches of roses that are tied at the bottom with a blue ribbon. Multicolored birds add vibrancy to the vases. A central medallion surrounded by arabesques painted in gold show 18th-century-style romantic scenes. Golden stripes highlight the neck and the base. A frieze of roses on a blue background encircles the neck.
Dim: W: 8,3 in – D: 8,3in – H: 23,6in.
Mid 19th century.
Price: 12 000€
REF: 4003