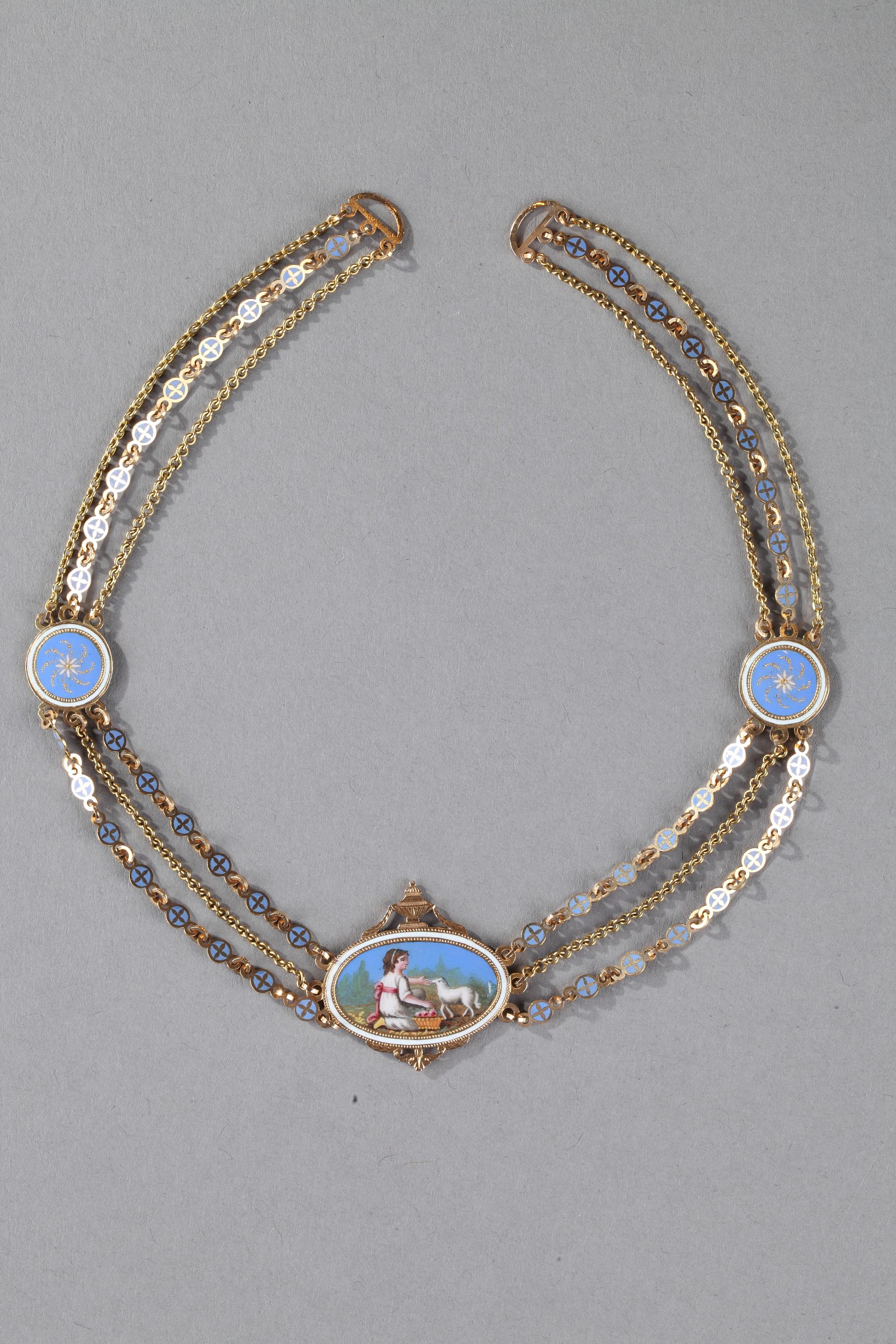 Exceptional gold and enamel necklace called plated or esclavage. The necklace is composed of three enameled gold medallions connected by three separate chains that are accented with enamel. The two circular side medallions feature a geometric motif of a central, white enamel starburst with curving gold rays around it. The lavender blue background is surrounded by a band of white enamel. The central, oval medallion depicts a scene of a young girl wearing a white dress with a pink sash reaching out to touch an animal. The necklace does not have a clasp because it was adjusted by ribbons that were tied to the neck of its wearer. This type of necklace is called esclavage (slavery) and appeared during the mid-18th century. They were given as gifts from a fiancé to his betrothed, and signified the binding nature of the promise between them. In this context, esclavage is not connected to the notion of oppression and enslavement, but was a term to explain the sentimental attachment or the connection between the couple. The Lady’s Magazine, in 1790 emphasized, The French call them esclavages, but in this they allude to the natural bondage in which beauty holds mankind, and not the popular idea of enslaving sovereignty to emancipate the nation. This type of jewelry became popular in more rural regions with less prestigious materials and was very fashionable in the Normandy and Auvergne regions of France.
Length: 11 in (28 cm)
Weight: 0.4 oz (12 g)
Gold and enamel Most likely Swiss craftsmanship from the late-18th to early-19th centuries.
Price: 3500€
REF:6001