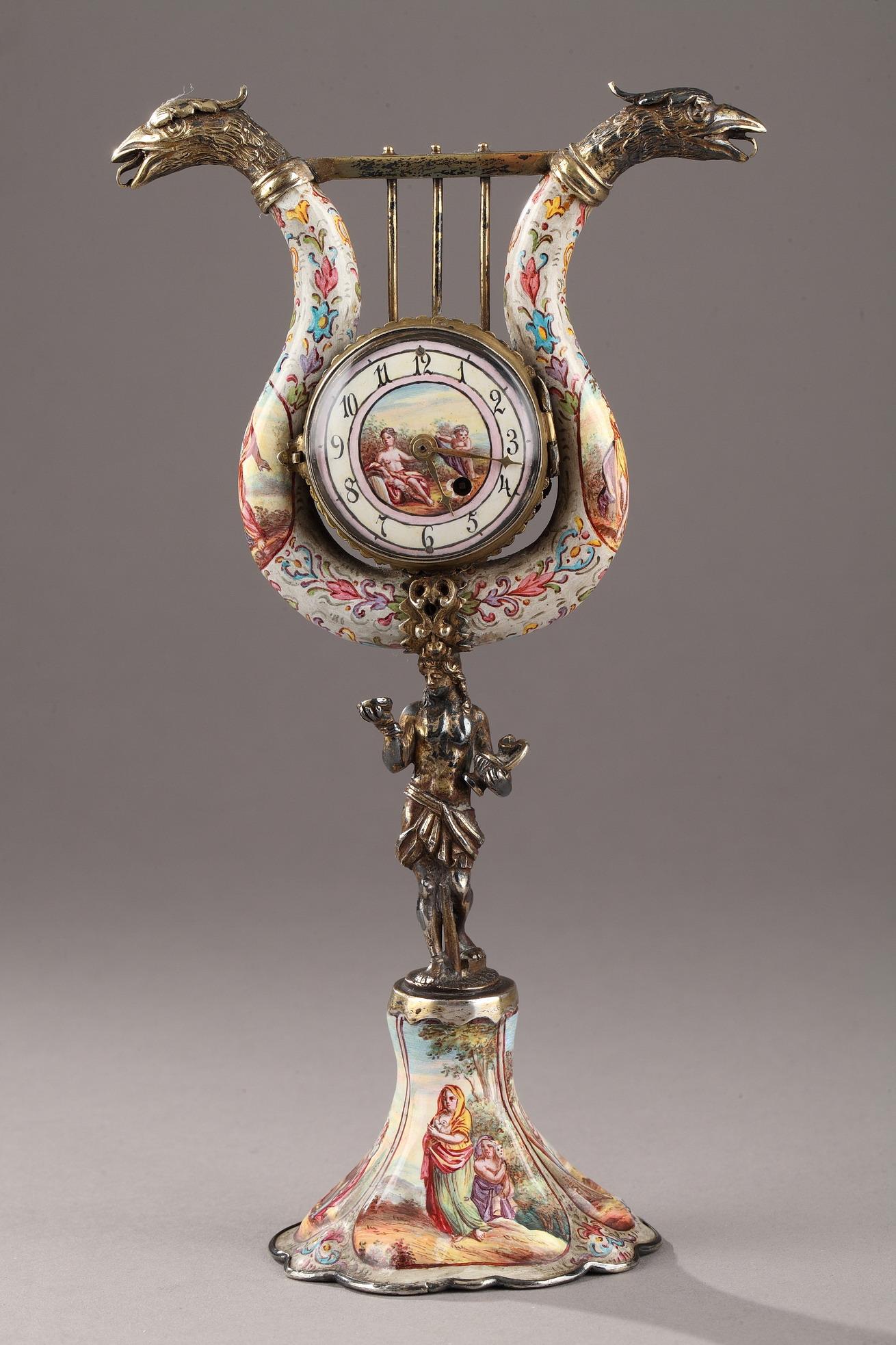 Small desk clock in enameled silver. The lyre-shaped clock has silver strings, and silver eagle heads decorate the tops of the arms. A clock with an enameled face is set in the center of the lyre. A silver sculpture of Bacchus supports the lyre and connects it to the flared base. The enamel is intricately decorated with four medallions: two medallions on the lyre feature the Muses of Poetry and Music, and two on the base feature the Muses of Theatre and Eloquence.
This clock is characteristic of the historical style that developed in Vienna during the second half of the 19th century, with a renewal of interest in objects from the 16th and 17th centuries. As a result, numerous enamel pieces inlaid with lapis lazuli, crystals, or set in silver made their appearance. These pieces were heavily influenced by the Renaissance and the popularity of curiosity cabinets or houses of wonder that were in vogue during the 16th and 17th century. These pieces were displayed during international expositions where Viennese artists competed against those from the distant past.
Silver marks:
A for Austria.
Master silversmith mark: R.B.
H: 7.5 in (19 cm) / L: 4 in (10 cm) / Clock face diameter: 1.6 in (4 cm)
Viennese craftsmanship from the second half of the 19th century. Circa 1860-1870.
Price: 7900€
REF: 4744