Micromosaic of Shepherd. Early 19th Century. Enquire about this Item 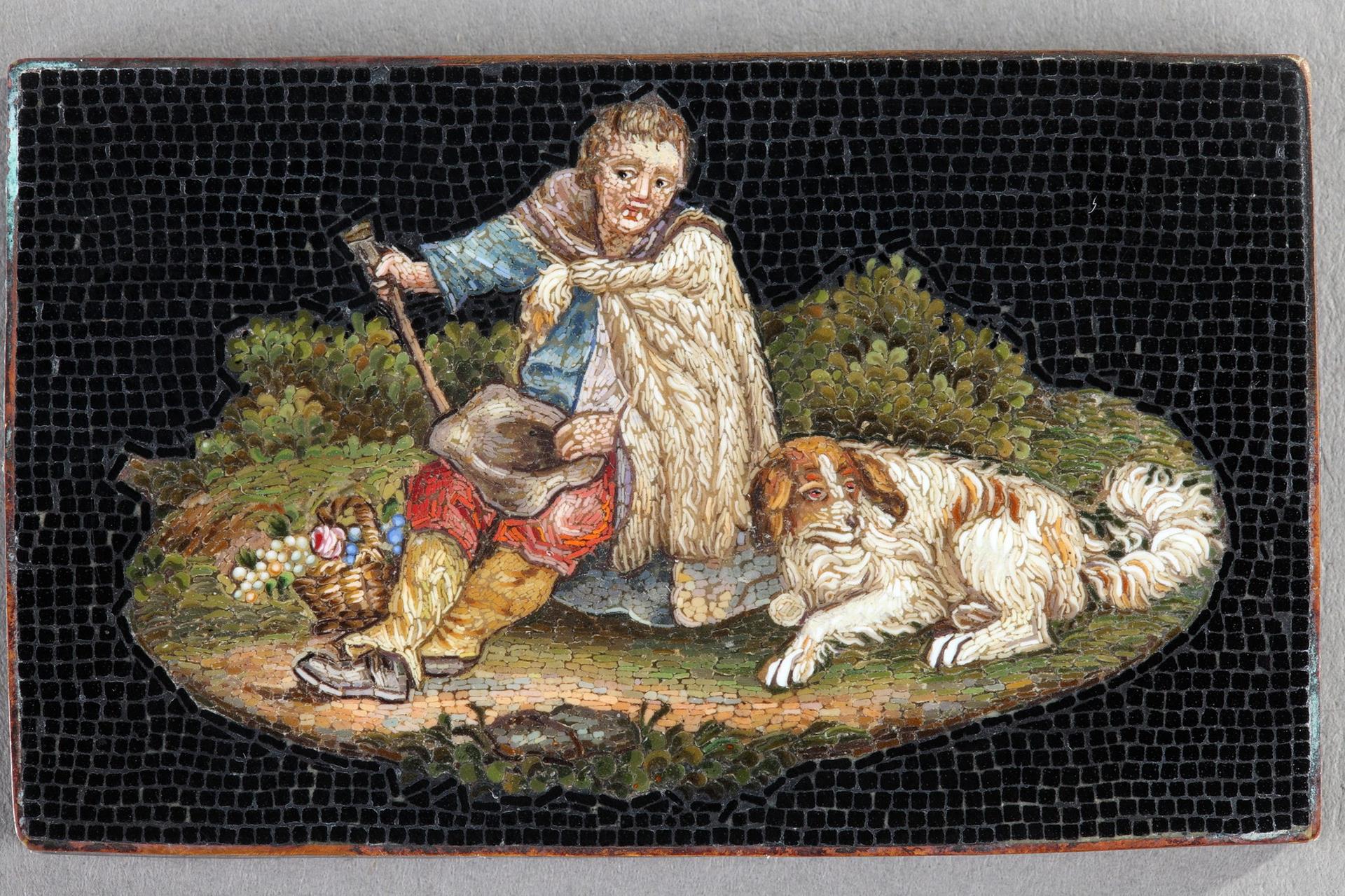 Rectangular micromosaic plate featuring a shepherd, seated and resting with his dog at his feet. The shepherd is wearing a woolen cloak over his colorful clothes. He is holding a hat in his left hand and his staff in his right. A wicker basket at his feet is filled with a bouquet of flowers and a bunch of grapes.
This pastoral theme is characteristic of the micromosaic production of Gioacchino Barberi (1783-1857), a mosaic artist who worked in the Piazza di Spagna in Rome during the first half of the 19th century. His work was heavily influenced by Bartolomeo Pinelli’s (1781-1835) engravings, Shepherds in the Roman Countryside and Dancers in Roman Costume.
This type of plate would have been purchased by wealthy tourists during their “Grand Tour” of Europe and then later set on a snuff box.
L: 2 in (5 cm) / W: 1.2 in (3 cm)
Early 19th century Roman production. Circa 1820-1830.
Price:6500€
REF:4976