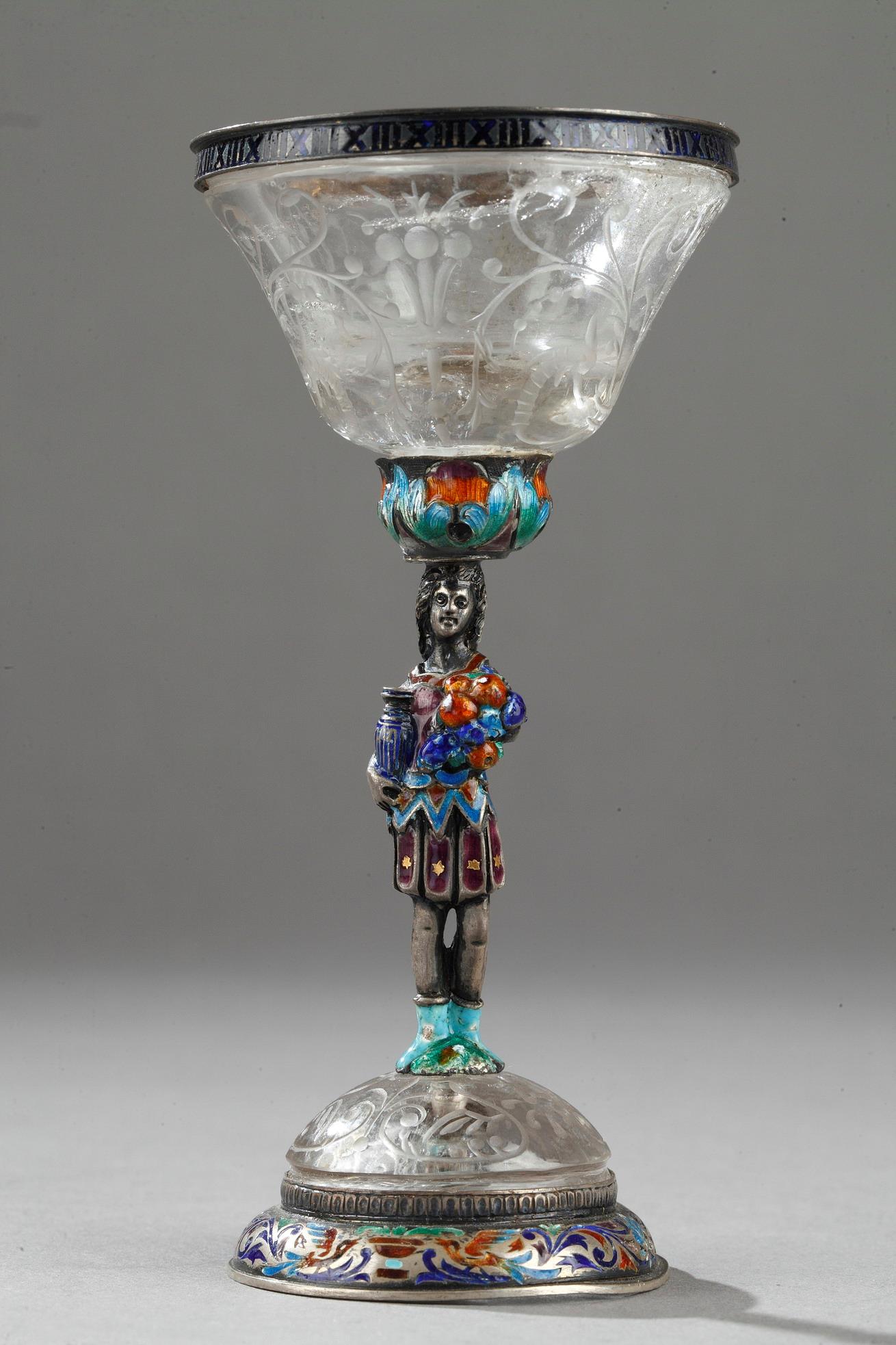 19th Century Austrian rock crystal, solid silver-gilt and enamelled figural cup, the rock crystal cup, with some imperfections, profusely carved with scrolling foliage in the renaissance style, the silver mounts richly gilt and enamelled with panels depicting scrolls and flowers. This crystal is supported by a cariatide in the round representing a person dressed in a tunic in the antique as an ancient roman soldier and wearing a cornucopia. This caryatid stands on a rock crystal base set with a silver and enamel mount.
This cup is characteristic of the historical style that developed in Vienna during the second half of the 19th century. An interest in objects from the 16th and 17th centuries was growing, and as a result, numerous enamel pieces set in lapis lazuli, quartz, or silver made their appearance. These pieces were heavily influenced by the Renaissance and the tastes of curiosity shops that were in vogue during the 16th and 16th centuries. These pieces were displayed at international expositions where Viennese artists competed with artists from the more distant past.