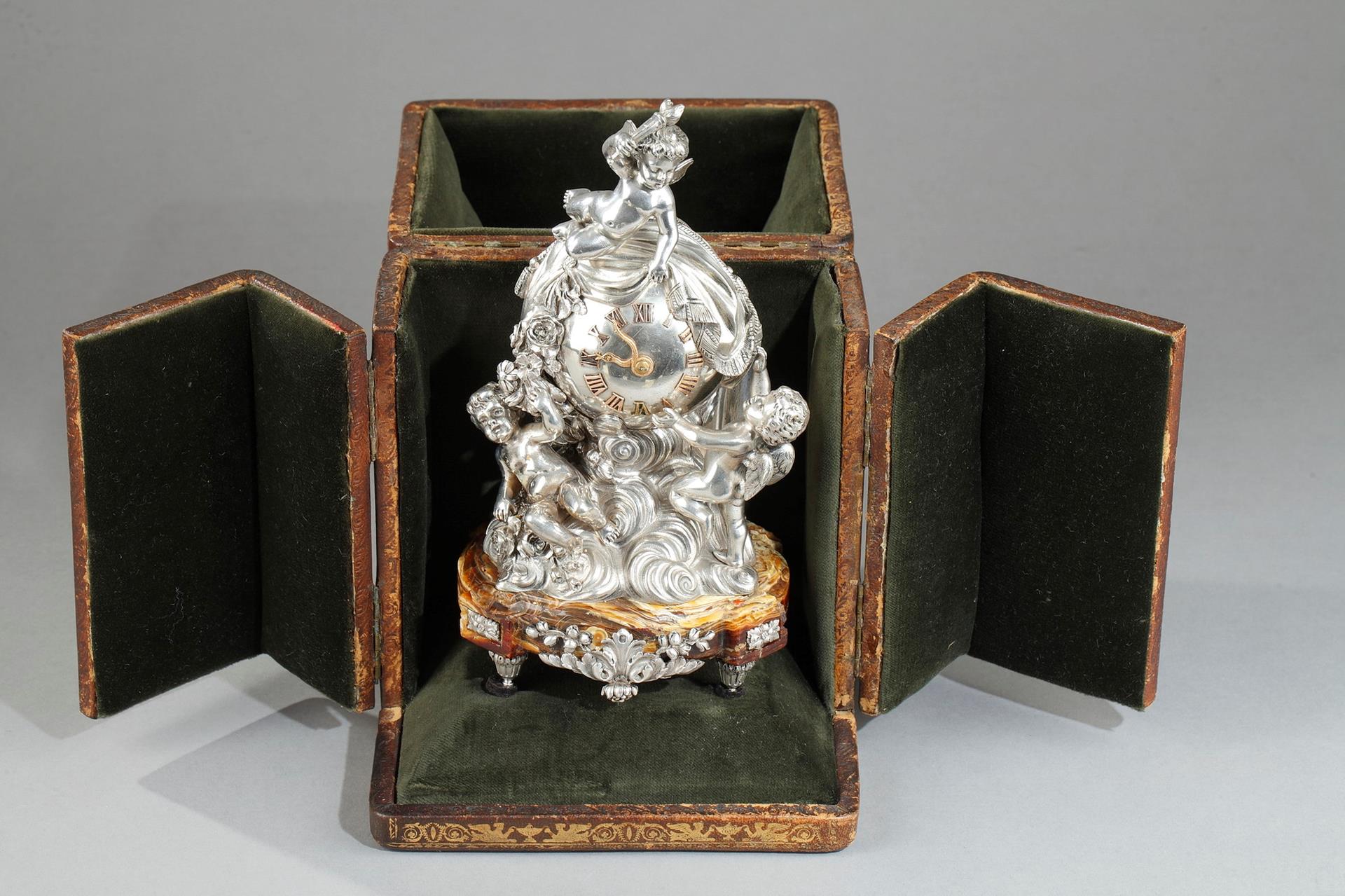 A French silver clock table and onyx Base. The dial with the Roman numerals and snake-shaped needles is worn by two putti coming out of the clouds. A third putti unveiling the dial, illuminates a torch the Hours.
The putti are in round-hump and many decorative motifs such as garlands of roses are finely chiseled. The clock rests on a onyx base enhanced with silver decorative motifs and ending in four feet.
The table clock is presented in a leather case decorated with gold and marked with two coats of arms with Fleur de lys.
This work is characteristic of the Louis XVI style which develops in the second part of the 19th Century.
H: 7.8 in. (20 cm) / L: 4.7 in. (12 cm).
Silver marks.
Silver mark: French Minerve. 1838
Silversmith: MB.
Period: Second part of the 19th century.
Price: 21500€
REF: 4720.