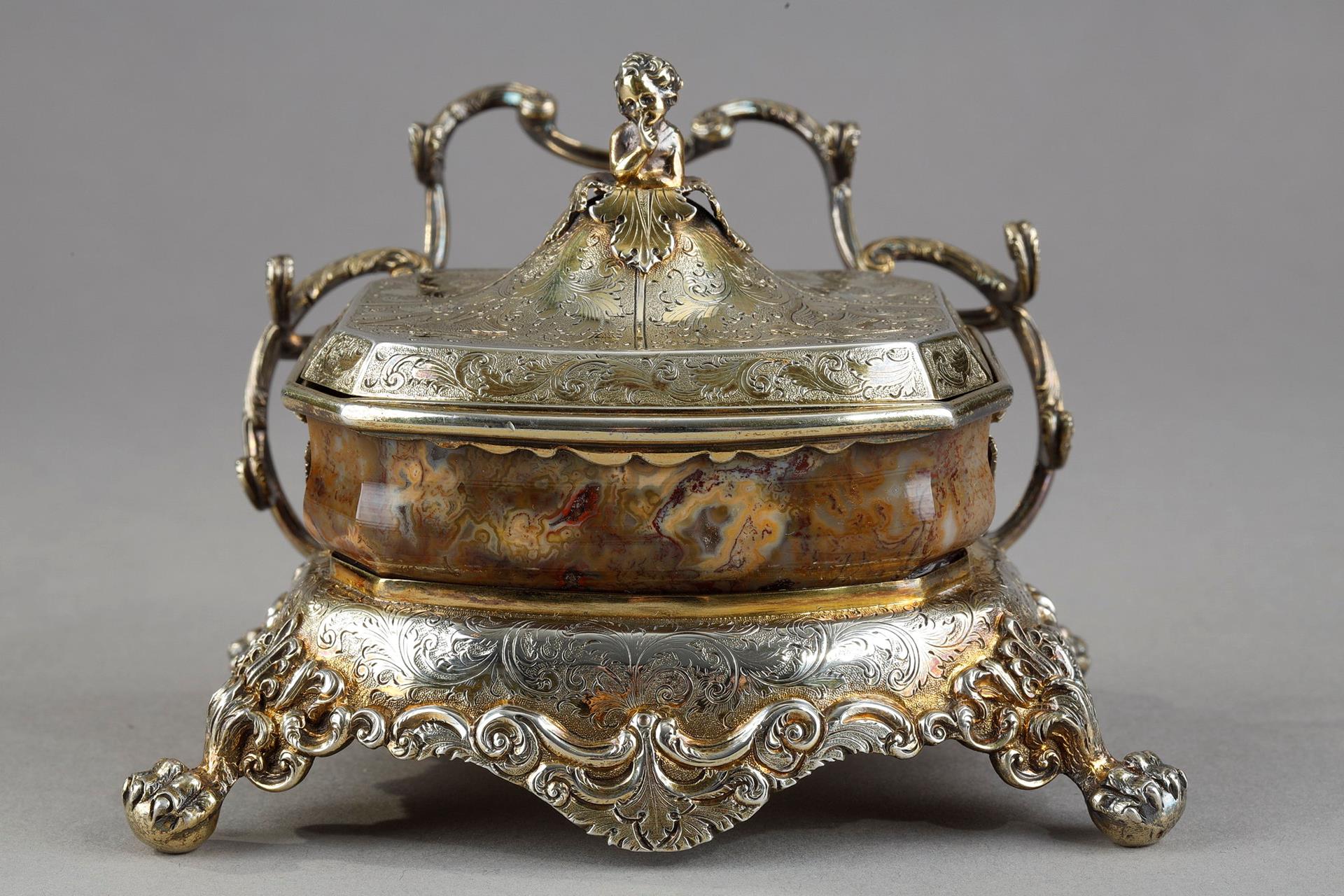 Inkwell in agate set in a vermeil mount. The agate cut is closed by a finely chiseled lid of foliage patterns and whose grip is adorned with a head of putti. The handle, which is decorated with winding foliage.allowed the presentation of the feathers. The inkwell rests on a very worked base in relief and engraved with foliage motifs. Four legs of lions complete this composition. Inside, the inkstand is composed of two inkwells and two penholders.
Silver marks:London 1836 hallmark
Silversmith: JEB for John Eldershaw Brunt.
John Eldershaw Brunt born in 1800. Commenced business as goldsmith in 1822 at 36 Museum Street, Bloomsbury. He moved to 14 Greville Street and from 1836 to 1839 he traded as goldsmiths and jewellers with C.E. Sparrow and later entered in partnership with William James trading under the style of Mesdames Brunt & James. The partnership was soon dissolved and Brunt continued alone until the 1860s.
Dim: W: 3,9 in – D: 3,9in – H: 3,5in.
Price: 2800€
REF:4271