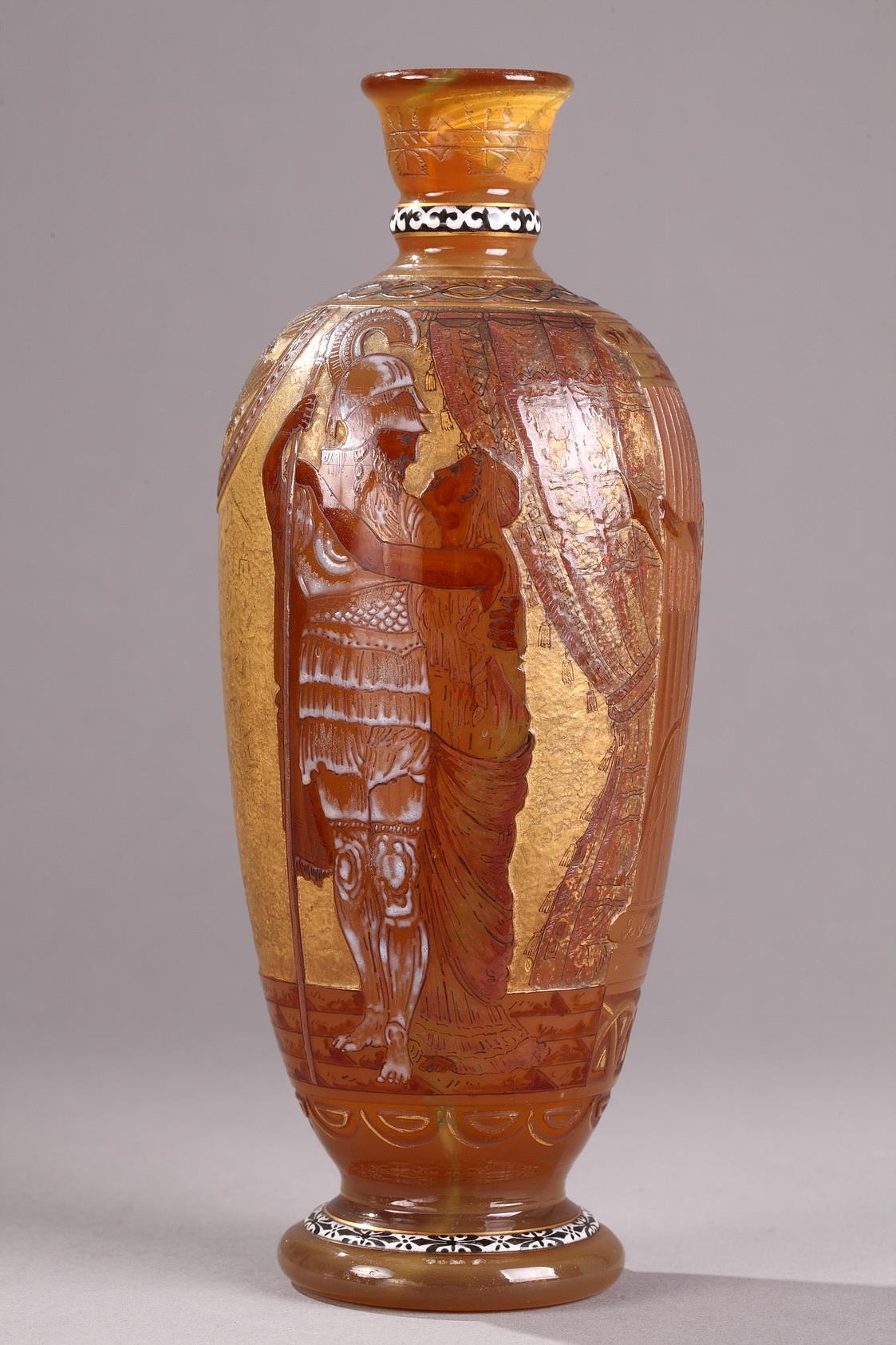 Vase and pedestal in blown glass amber. The vase has an antique decoration depicting a Greek warrior holding a young woman in his arms. This is probably the departure of Ulysses for the Trojan War.A fine decoration of confronted lions and eagle appear in fine relief. The decor is entirely engraved with acid enhanced with a carving and enamel and gold.Vase signed BSC for Burgum Schverer and Cie (art glass of Lorraine) in Meisenthal filed and the Cross of Lorraine.
Located in the northern Vosges, glassware was born in the early 18th-century. She became Burgun, Schverer & C ° in 1824. Emile Gallé and Désiré Christian were trained there in 1867. When in 1894 Émile Gallé opened his own glassworks in Nancy, the Verrerie Meisenthal who produced all his pieces for over twenty years, decided to open a new department of Art Nouveau creation led by Désiré Christian, former painter decorator creations Gallé, under the name Verrerie Art of Lorraine, which lasted until the early 1900s. Their creations won in 1895 a gold medal at the industrial and craft exhibition of Strasbourg for their process of engraving cameo polychrome enamels interlaced.
H: 9in. (23 cm) / base 2.3 in. (6 cm)
Early 20th century. Circa 1900.
Price:16000€
REF: 3964