Perfume flask signed Turner. End of the 18th-century. Enquire about this Item 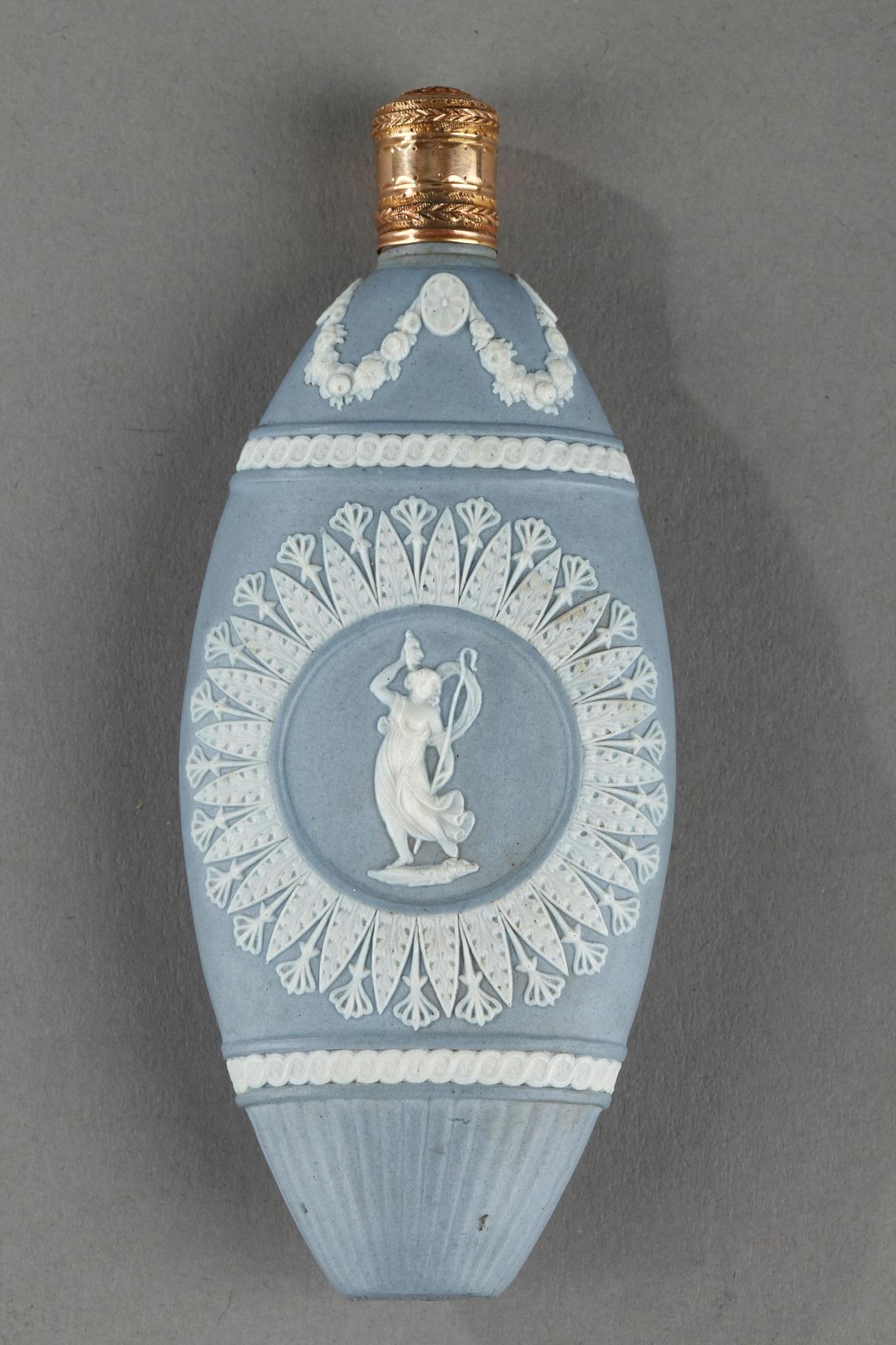 A perfume flask in blue and white hard sandstone. The main body of the bottle is decorated with medallions. One of the faces has a medallion adorned with a dancing nymph, on the other side a woman dressed in the antique gathering near an urn. Each medallion is framed by radiant palmettes. At the collar, a fine wreath of flowers comes off. The gold cap is decorated with pea seedling and stylized foliage.
The bottle is signed Turner on its base.
Gold mark of French census. Late 18th century
H: 9.5 cm
John Turner (1738-1787) He was educated at a Staffordshire potter. About 1780 he discovered in Edensor, Green Dock, a vein of fine clay, peacock marl, from which he made a great variety cane color items. He also produced a blue enamelled pottery similar to Japanese porcelain. He was both a friend and a commercial rival to Josiah Wedg-wood.
John Turner was one of the six founders of New Hall Works, Shelton. He was one of the potters of the Prince of Wales.
Price:2500€.
REF:5068