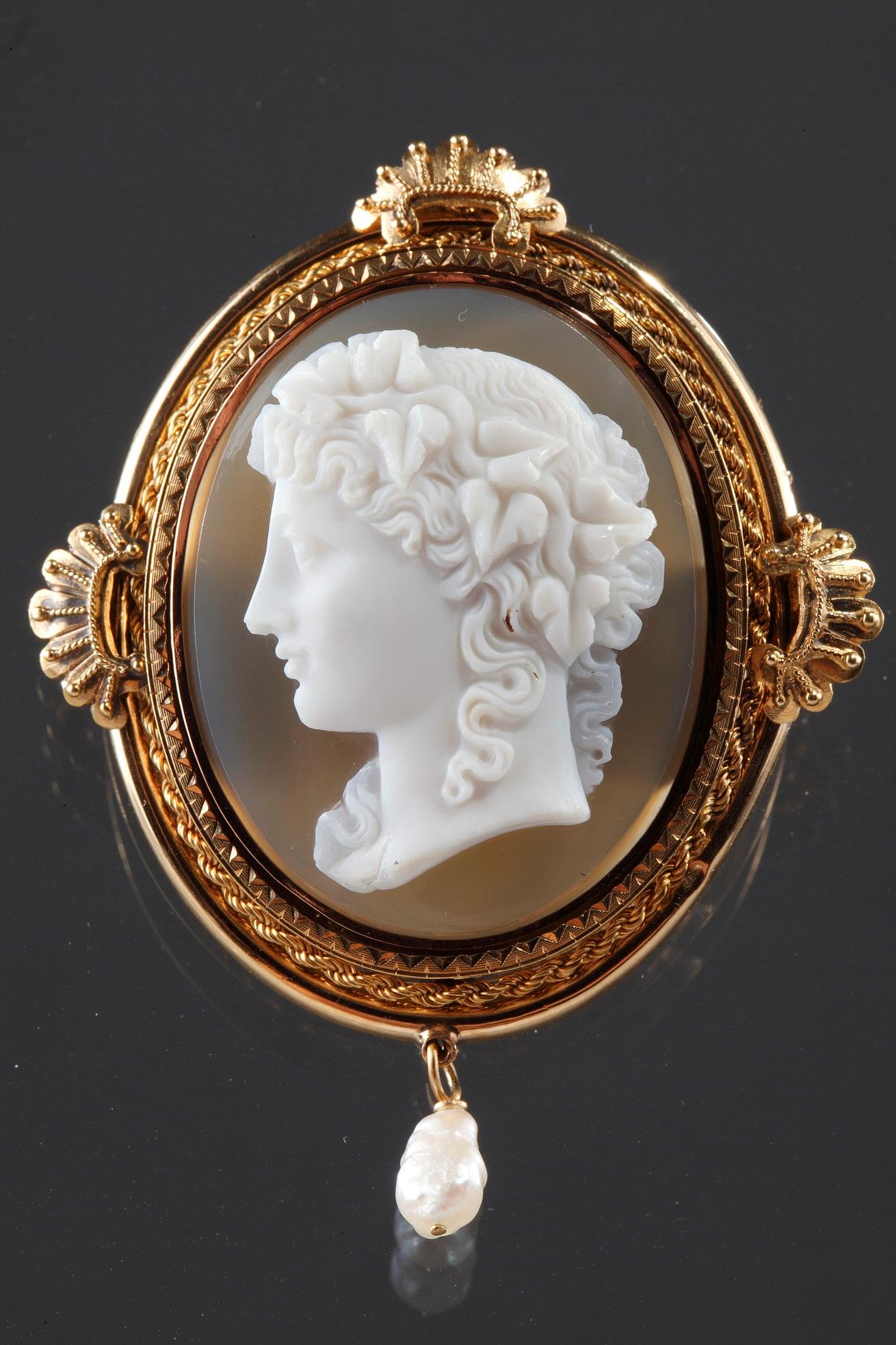 Cameo on agate set in a brooch. The cameo portrays a young woman in Antique Roman style who is looking toward the left. Her hair is pulled up loosely and she is wearing a crown of ivy. The artist meticulously sculpted the white vein of the agate to bring out this delicate profile.
The stone is set in a gold mounting that is embellished with filigree that forms shells. A pin on the reverse allows the cameo to be worn as a brooch. A baroque pearl finishes the composition. The back of the cameo features a glass door locket to insert a small portrait or lock of hair.
While the art of sculpting precious stones has been around since Antiquity, the 19th century saw a resurgence in the art of the cameo. Cameos were worn as jewelry and highlighted the classical cultivation of their owners.
H: 1.8 in (4.5 cm) / W: 1.4 in (3.5 cm)
18 carat gold
Late 19th century craftsmanship. Napoleon III.
Price:3200€
REF: 6050