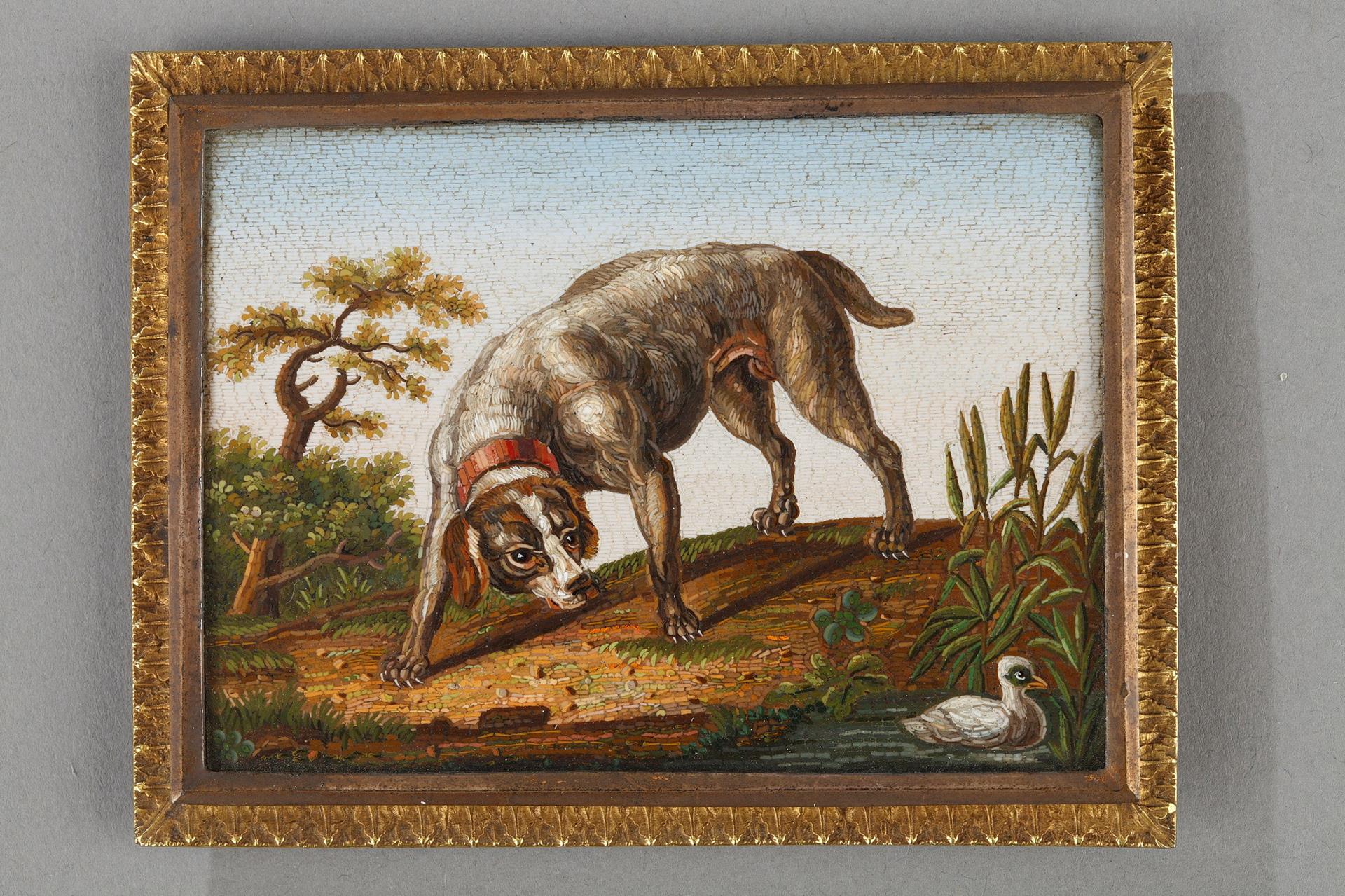 Large micro-mosaic plate depicting a dog with a red collar chasing a duck beside the Tiber river. After Gioachhino Barberi. The Barberi family was a very famous family of Roman mosaicists very much in demand by the European aristocracy. They are inspired by Roman mosaics. Johachin Barberi specializes in the creation of animal subjects and worked for Prince Anatole Demidoff in the middle of the 19th century.
L: 3.1 in. (8.5 cm) / l: 2.5 in. (6.5 cm).
Early 19th century. Italian work.
Price:39000€
REF:6074