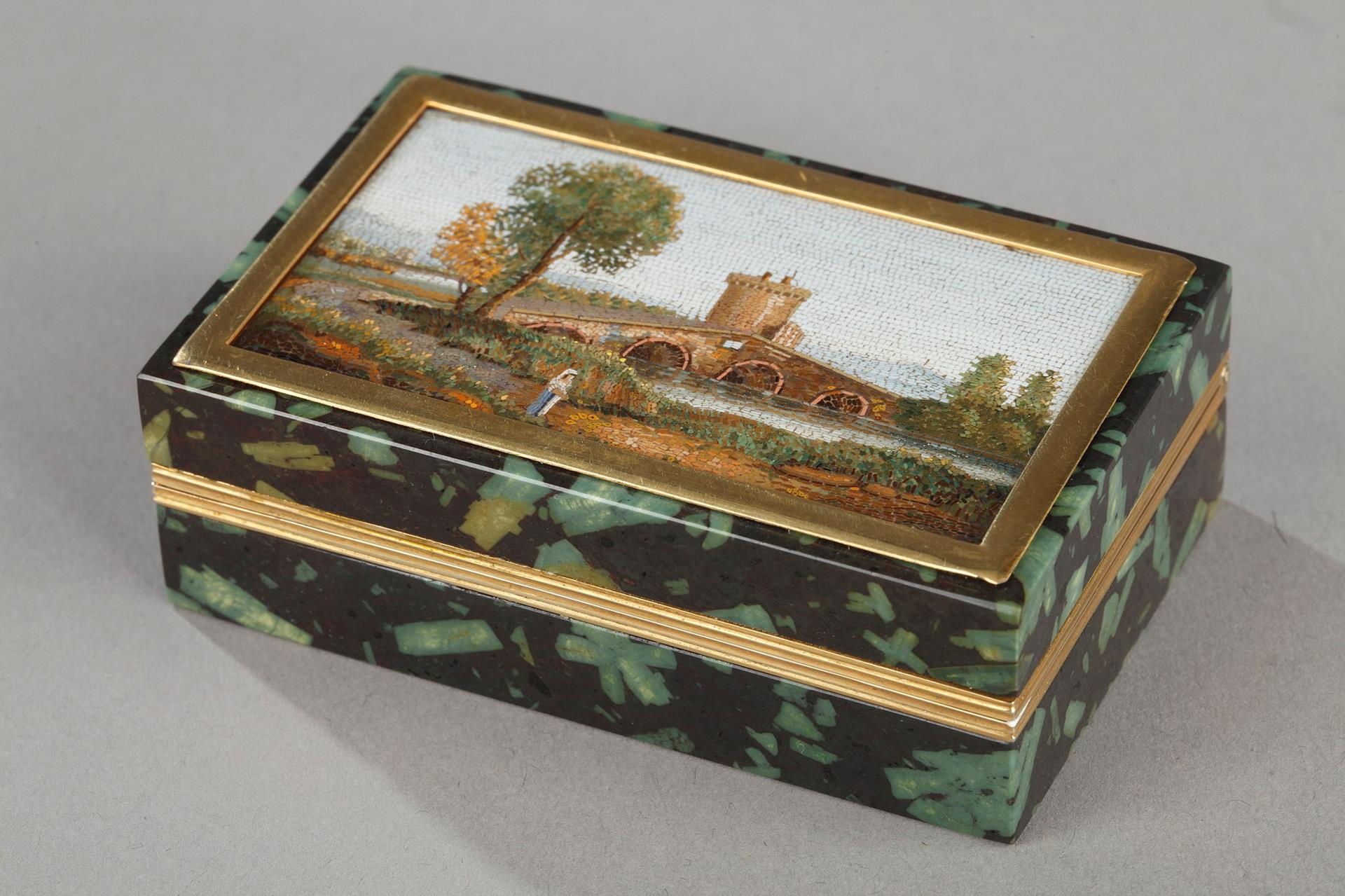 Rectangular snuff box in porphyry with a hinged lid  decorated with a micromosaic plate. The micro-mosaic represents a view of the Lucano Bridge at Tivoli with Plauti's tomb. A young shepherdess stands in front of the bridge. The rectangular shape of the shards and in particular the background composed of rectangular and parallel shards allow to date this work of the first half of the 19th century. This micromosaic is influenced by the work of the mosaicist of the early 19th century Antonio de Angelis, This view was widely disseminated by the engravings Piranèse in the 18th century. Micromosaic and porphyry are set in gilt metal mount.
L: 2.9 in.(7,5 cm) / l: 1.5 in. (4,5 cm) / h: 0.9 in. (2,5 cm)
Early 19th century.
Price: 19 000 €
REF:6080