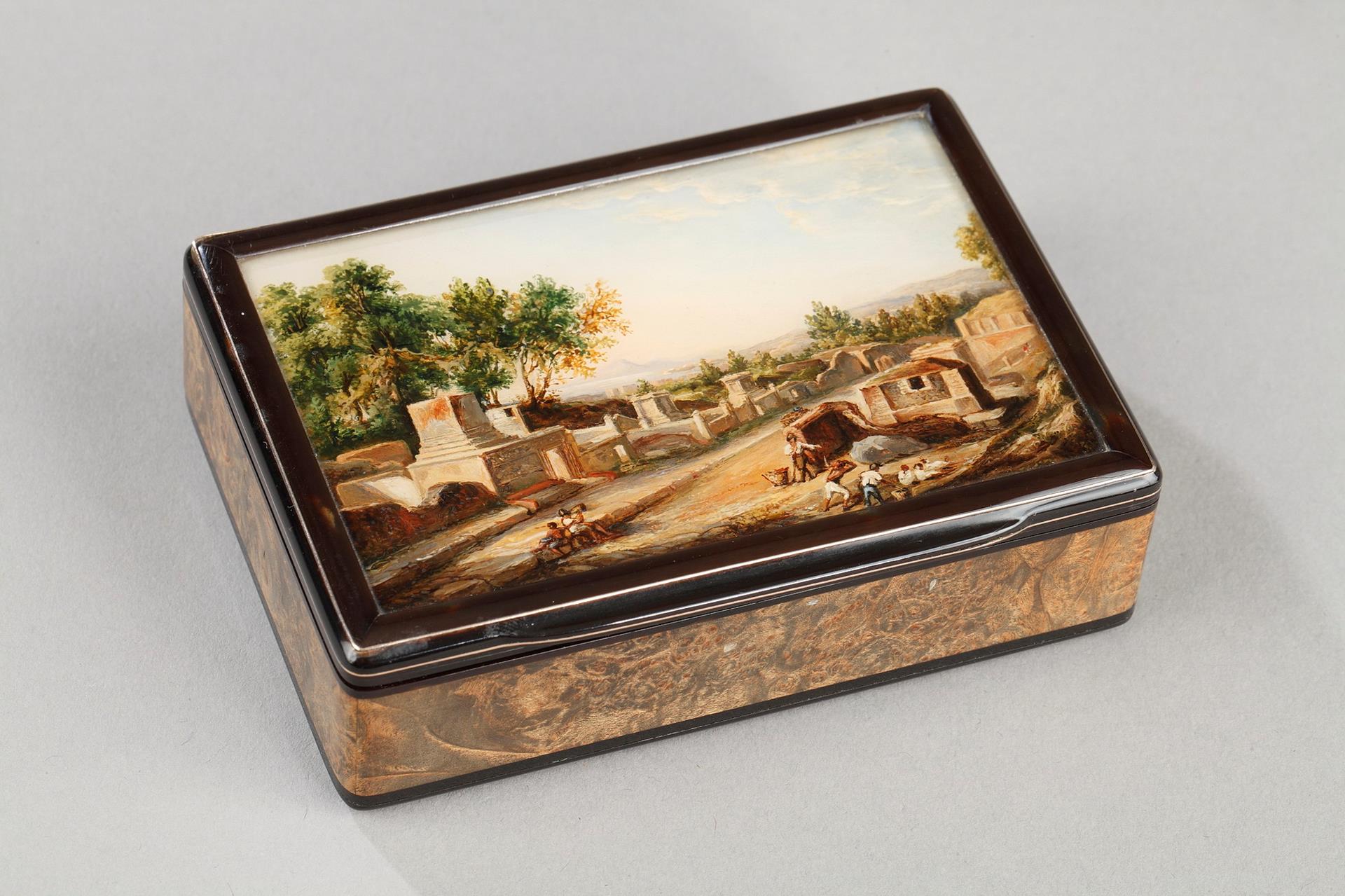 Box or snuffbox of rectangular shape in brown tortoishell. The hinged lid is set with a "fixé sous verre". The under glass represents the excavations of Pompei. Indeed, a group of character digging with the pick of the buildings located at the edge of a road. In the distance, the Bay of Naples stands out.
The interior has a polished brown tortoiseshell work. On the other side of the box, an églomised glass scene is set. This represents a passage from the book of Bernardin de Saint-Pierre "Paul et Virginie". The two young men plunge into a lush forest preceded by the slave Domingue and his dog Faithful. This romantic novel was fashionable in the early 19th century.
D: 3.9 in. (10 cm) / 2.7 in. (7 cm) / H: 0.7 in. (2.5 cm).
Remarkable work of the early 19th century.
Restauration period.
Circa 1820-1830
Price: 6900 €
REF: 7780

State: Good condition. The photograph reveals small white dots on the églomised glass that are not visible to the naked eye.