Late 18th Century Micromosaic with Parrot on a branch. From a Model by G.Raffaelli. Enquire about this Item 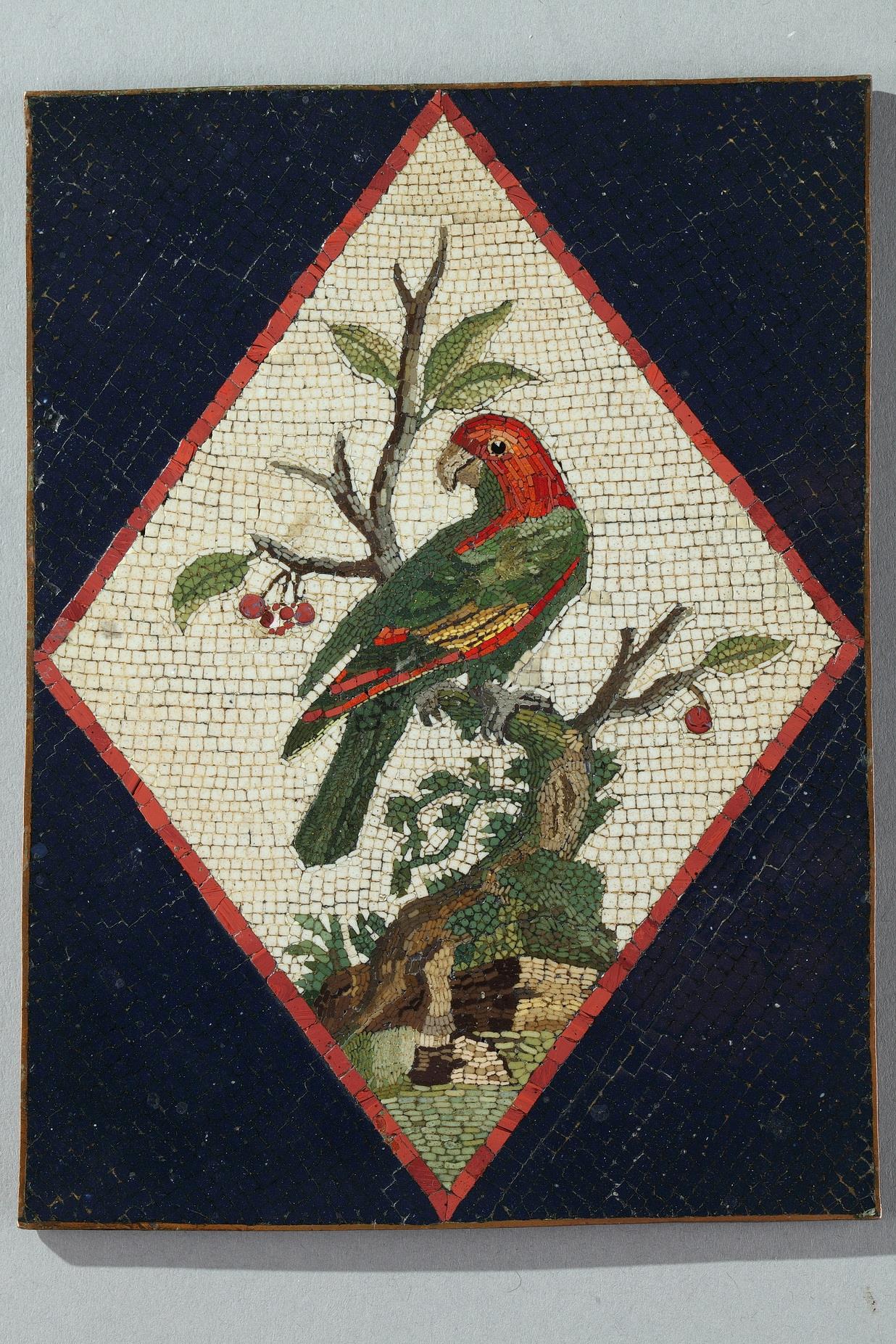 Large micro-mosaic plate representing a parrot on a branch. From a model by Giacomo Raffaelli. The quality and shape of the shards of this micromosaic can date it from the late 18th century. From the end of the 18th century and throughout the 19th century, the art of micromosaics developed. These objects adorned with micromosaics will quickly become a highly sought-after memory by wealthy travelers who perform their "Grand Tour".
Roman workshop around 1790.
H: 5.7in. (14.5 cm) / L: 4.3in. (11 cm)
Collection of P-Y Le Diberder
Price on request.
Giacomo Raffaelli
Rome late 18th century.
Price on request
REF:5081

Late 18th Century Micromosaic with Parrot on a branch. From a Model by G.Raffaelli.