An Austrian enamel vase, Vienna, circa 1880. Enquire about this Item 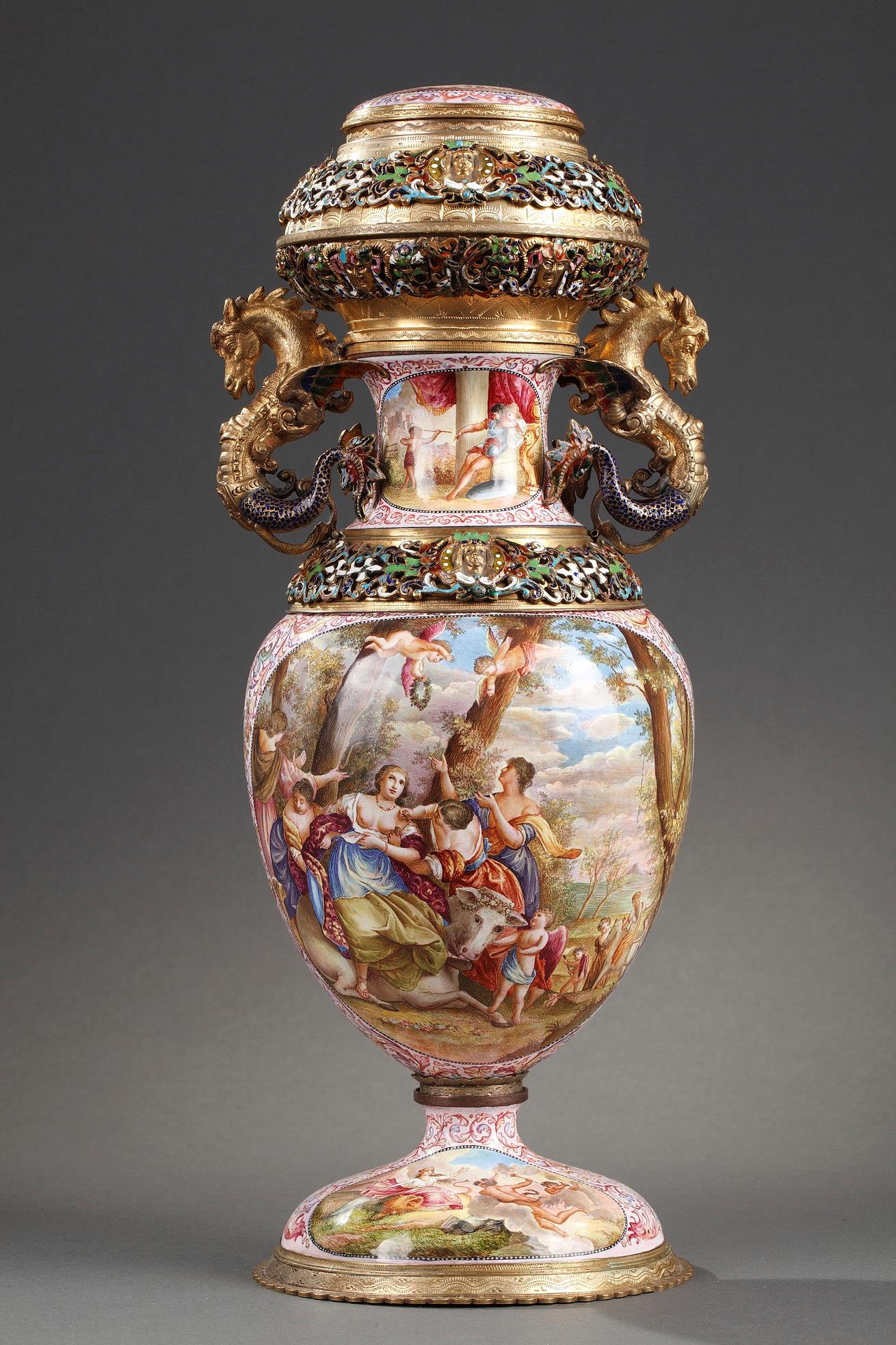 An exceptionnal Austrian gilt-metal mounted enamel baluster vase with removable lid. The vase is provided with handles in the shape of a gilt marine horse enamelled. The vase is decorated with important mythological scenes including the rapt of Europe and the Arts. The collar is decorated with small antique cartels. The lid presents Bacchus drunk accompanied by puttis. The base presents the discovery of the Venus de Milo. These scenes stand out on a pink background with grotesque enamelled and colorful. Fine borders of Renaissance ornaments with projecting female masks with polychrome enamelled scrolls adorn the entire vase. Some small enamel wears and restorations.
This baluster vase is characteristic of the historical style that developed in Vienna during the second half of the 19th century. The interest of the objects of the 16th and 17th century develops. Thus, many pieces of enamelled form make their appearance. These pieces are strongly influenced by the Renaissance and the taste of the cabinets of curiosities or rooms of wonders in vogue in the 16th- 17th centuries. These pieces are presented at international exhibitions where Viennese artists compete with those of the past.
H:14.5in. (37 cm)/ l: 5.90in. (15cm).
Viennese work from the second part of 19th century. Circa 1880-1890.
REF:4751
Price: 23000€

An Austrian enamel vase, Vienna, circa 1880.