A 19th Century gold and enamel watch with associated chatelaine. Enquire about this Item 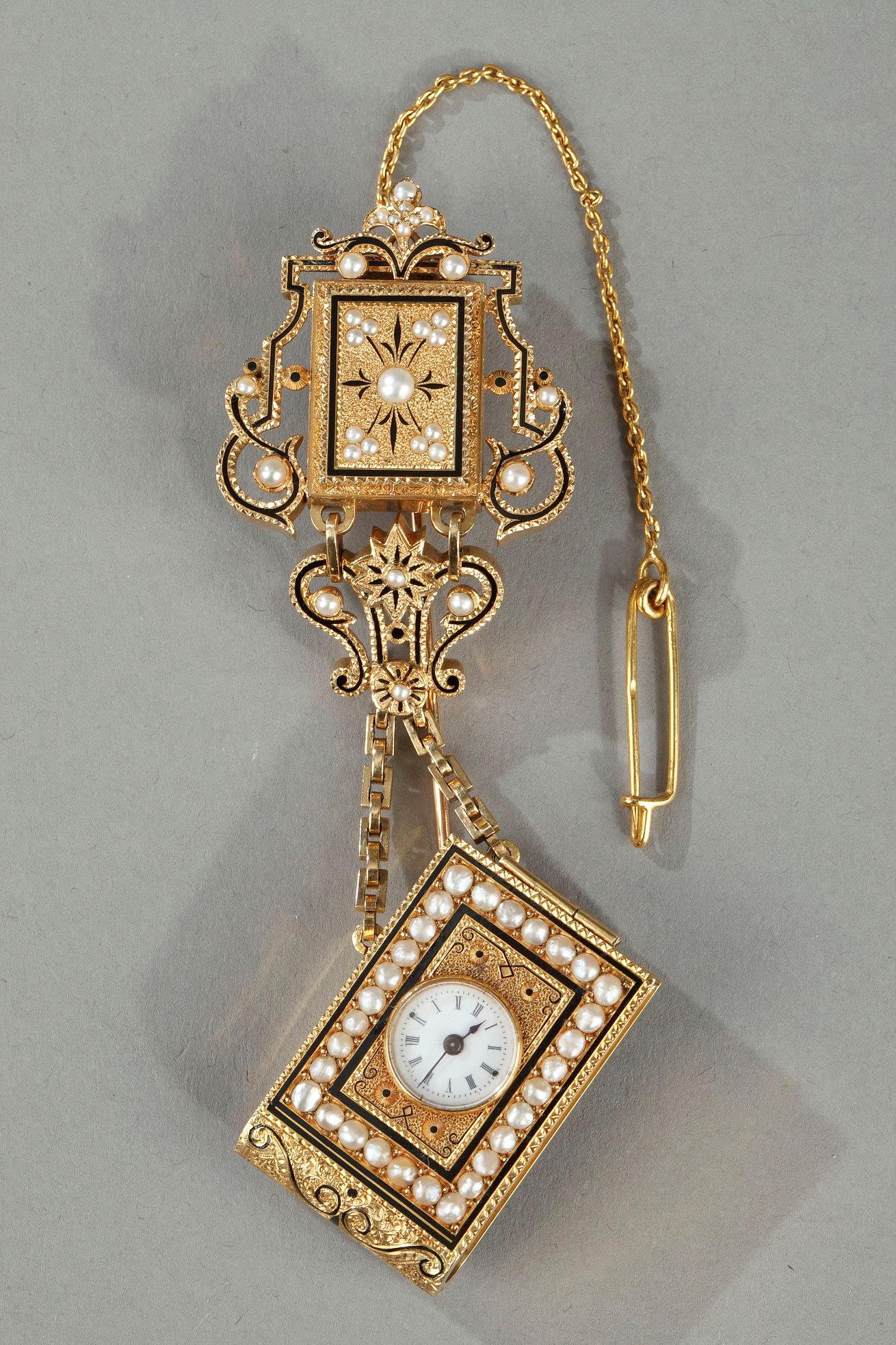 Exceptional gold and enamel chatelaine. The chatelaine has a hook decorated with a rectangular medallion with a radial pattern of chased gold set with half pearls and black enamel. It is framed on either side by interlacing pearls. The watch is inserted in a dance card and suspended by a chain from the chatelaine's hook. The main face of the dance card shows the dial with Roman numerals. The edge of the notebook is set with half pearls and a fine line of black enamel. The edge of the notebook is finely chiselled with interlacing motifs. A clasp protects the inside of the booklet, which contains several leaves held together by a gold frame. The mechanical movement of the watch is hidden in the dance card.
Work of the second part of the 19th century.
Gold hallmarks: Owls. Foreign work, probably Swiss.
Weight: 49 g.
Length of the chatelaine: 10 cm.
Length of the watch: L:3 cm, W:2cm, H: 1cm
Price: 23000€.
REF:7844

A 19th Century gold and enamel watch with associated chatelaine.