The Mausoleum of Cecilia Metella on the Appian Way. Early 19th century Circular micromosaic plaque. Enquire about this Item 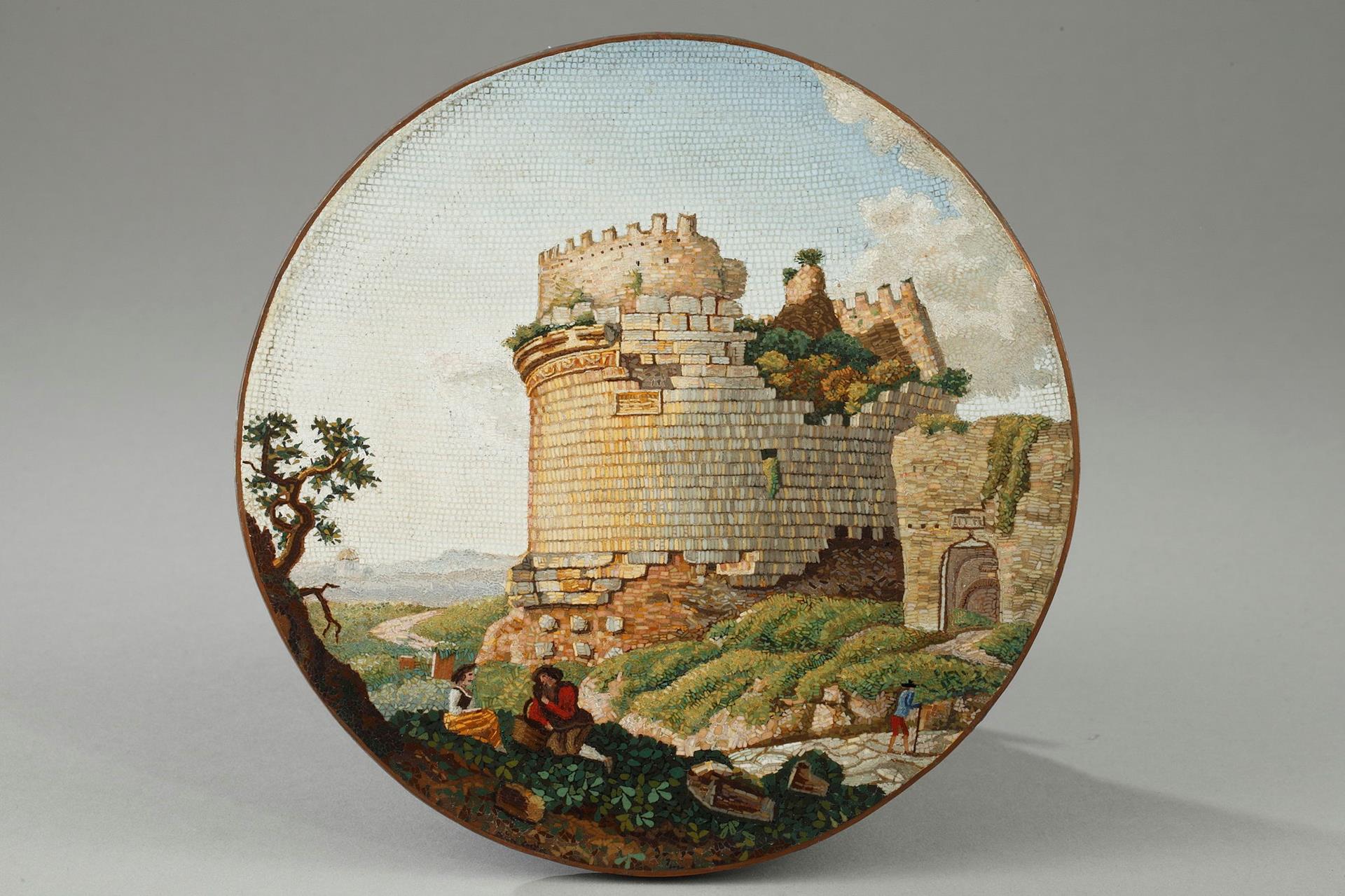 A large circular Micromosaic panel representing the so called "Tomb of Cecilia Metella on the Appian way" near Rome.This plate shows superior quality and mastery of work with tesselles (small tiles). Indeed, the background is composed of quadrangular tesserae and aligned next to each other. The extensive palette of colors of the tesselles as well as their triangular shape sets the date of this piece between 1800 and 1815.This model is probably a work of the Vatican workshops in which Giacomo Raffaelli worked. This mausoleum built in the 1st century BC for the daughter of Quintus Caecilius Creticus was fortified in the Middle Ages. This subject is influenced by archaeological discoveries in Italy at the end of the 18th century. The art of micromosaics began to develop at the end of the 18th century and lasted throughout the 19th century. These types of objects decorated with micromosaics quickly became highly sought after souvenirs for wealthy travelers who were touring Europe.
D: 6.8in. (17.5 cm)
Rome. Circa 1800-1815.
Price:on request
REF:6118