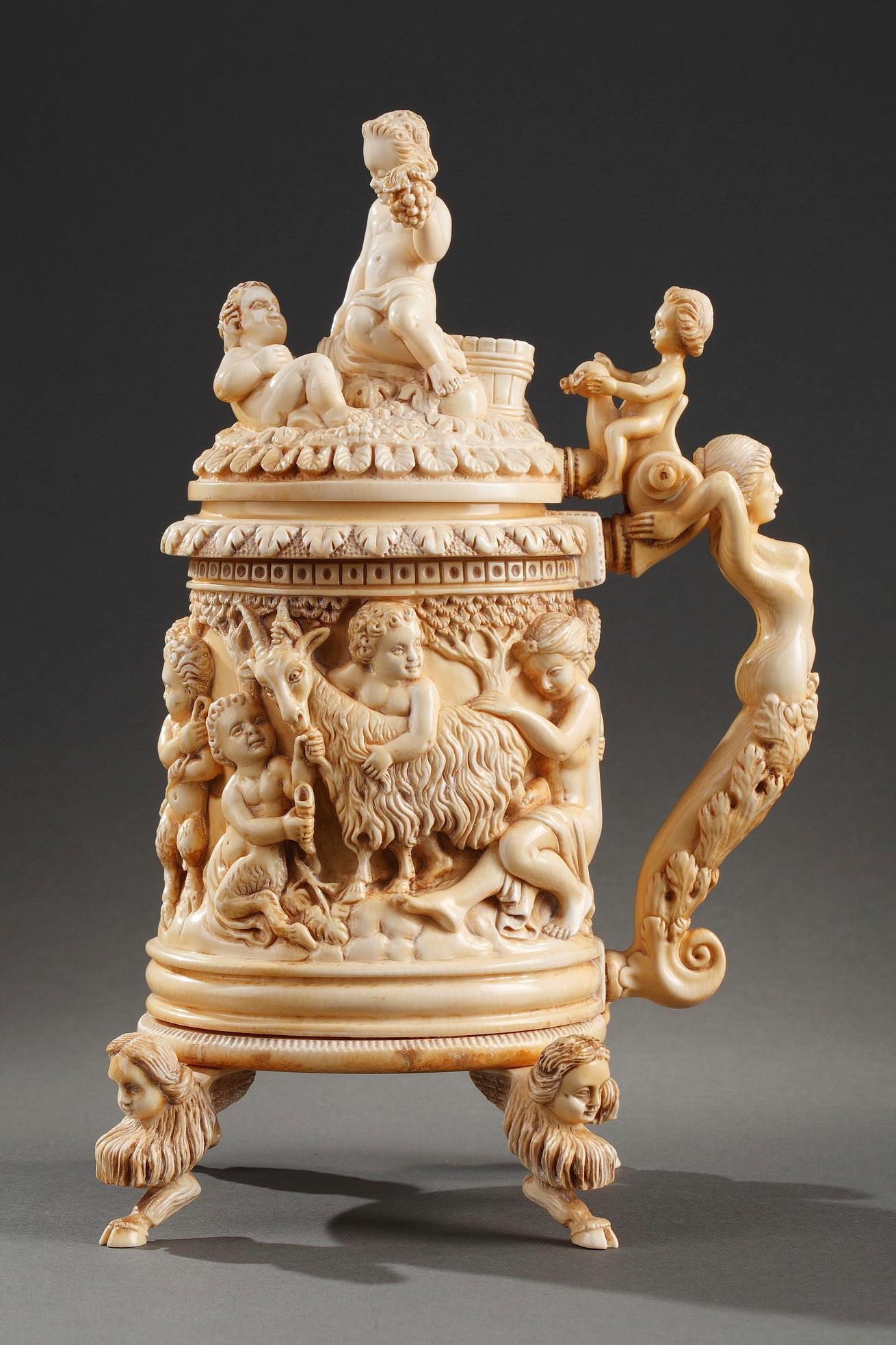 A German ivory tankard carved in 17th century style. The body of the tankard is carved with a bacchalian scene: the young Bacchus is accompanied by a host of frolicking putti, music-making fauns with the Amalthea goat. The hinged cover chased with fruiting grapevines and with a putto finial, the handle cast with a bacchante. The tankards had been a popular form of drinking vessel across Northern Europe from the mid-sixteenth-century. During the 19th century, many artists on ivory were inspired by the production of Ausbourg from the 16th-17th century to create decorative objects.
German work of the 19th century.
REF: 4433
Prix: 32000€