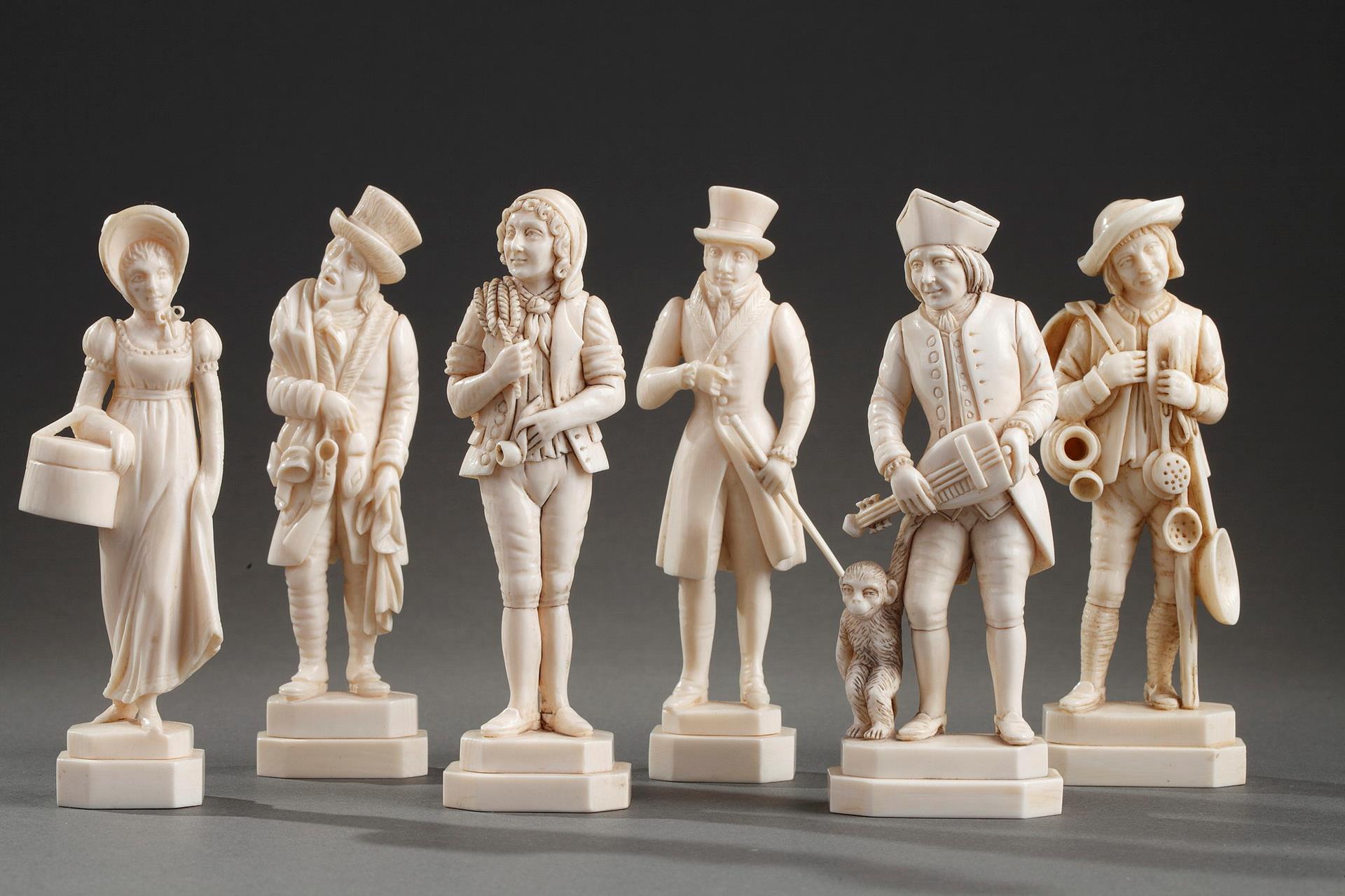 Set of six ivory carved figures representing characters illustrating old street trades. Thus is represented: the old player with his monkey, the screaming headwort, the seller of kitchen utensil with pots and strainers, the chimney sweep or young smoking Savoyard, and two elegant man and woman. These characters are strongly inspired by picturesque scenes from Callot.
Some pieces are signed Migeon.
H: 12 cm
Price for the set: 8800 €
REF: 6054

Buyers should ensure they are familiar with the recent changes to US regulations, which impose restrictions on the import into the US of elephant ivory, including a complete prohibition on the import of African elephant ivory. A buyer's inability to export or import the lot cannot justify the cancellation of the sale