An ivory carved figure. Signed Migeon. Enquire about this Item 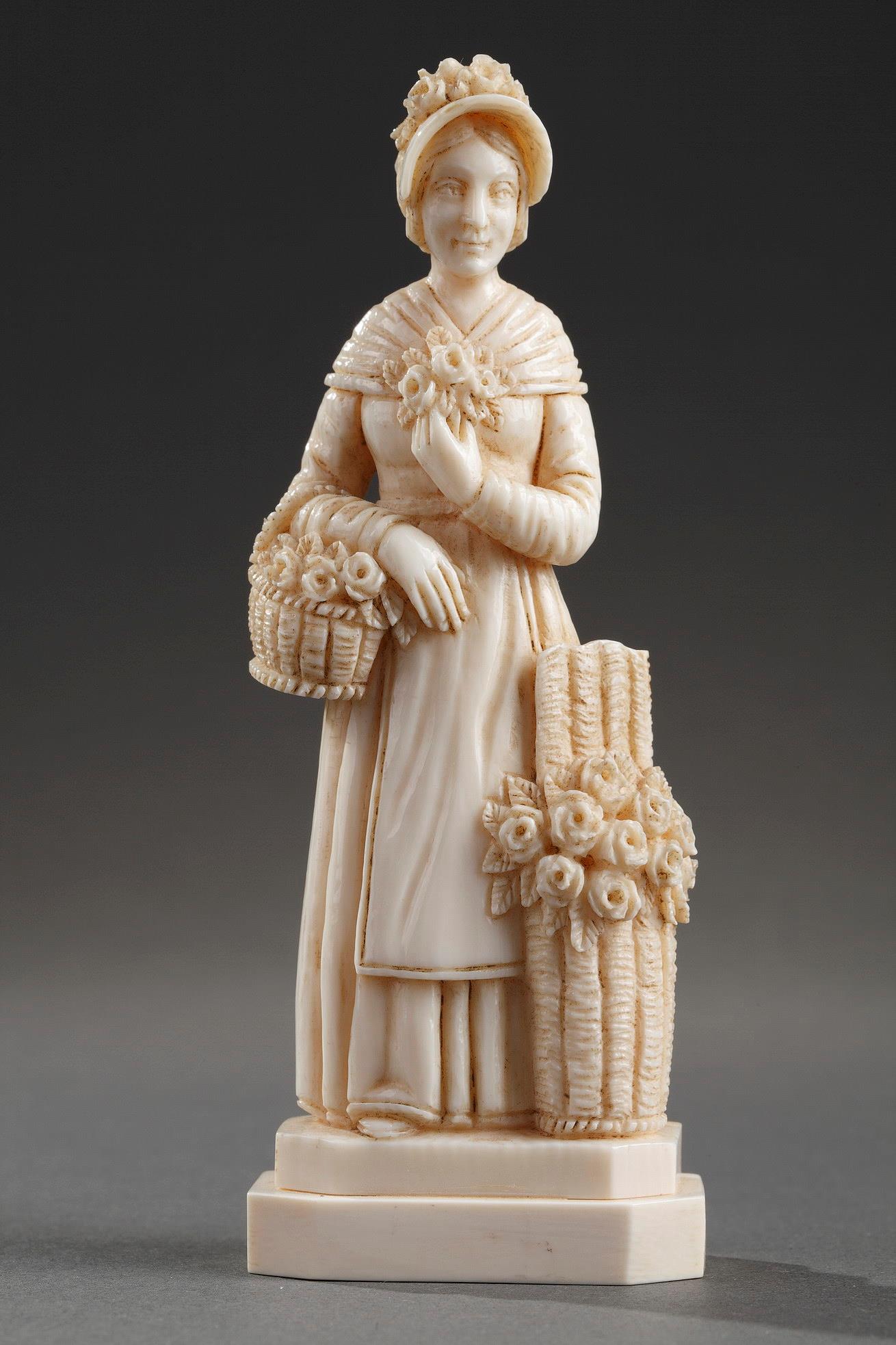 An ivory carved figure representing a young woman illustrating an old street trade: the bouquetière-chapelière (seller of bouquet of flowers). It was a very popular profession in the 18th and 19th centuries because flowers were present in all ceremonies such as baptisms and weddings but also balls and other parties. This character is strongly inspired by picturesque scenes from Callot.
H: 4.72in. (12 cm)
Price:1900€
REF:6055

Buyers should ensure they are familiar with the recent changes to US regulations, which impose restrictions on the import into the US of elephant ivory, including a complete prohibition on the import of African elephant ivory. A buyer's inability to export or import the lot cannot justify the cancellation of the sale.