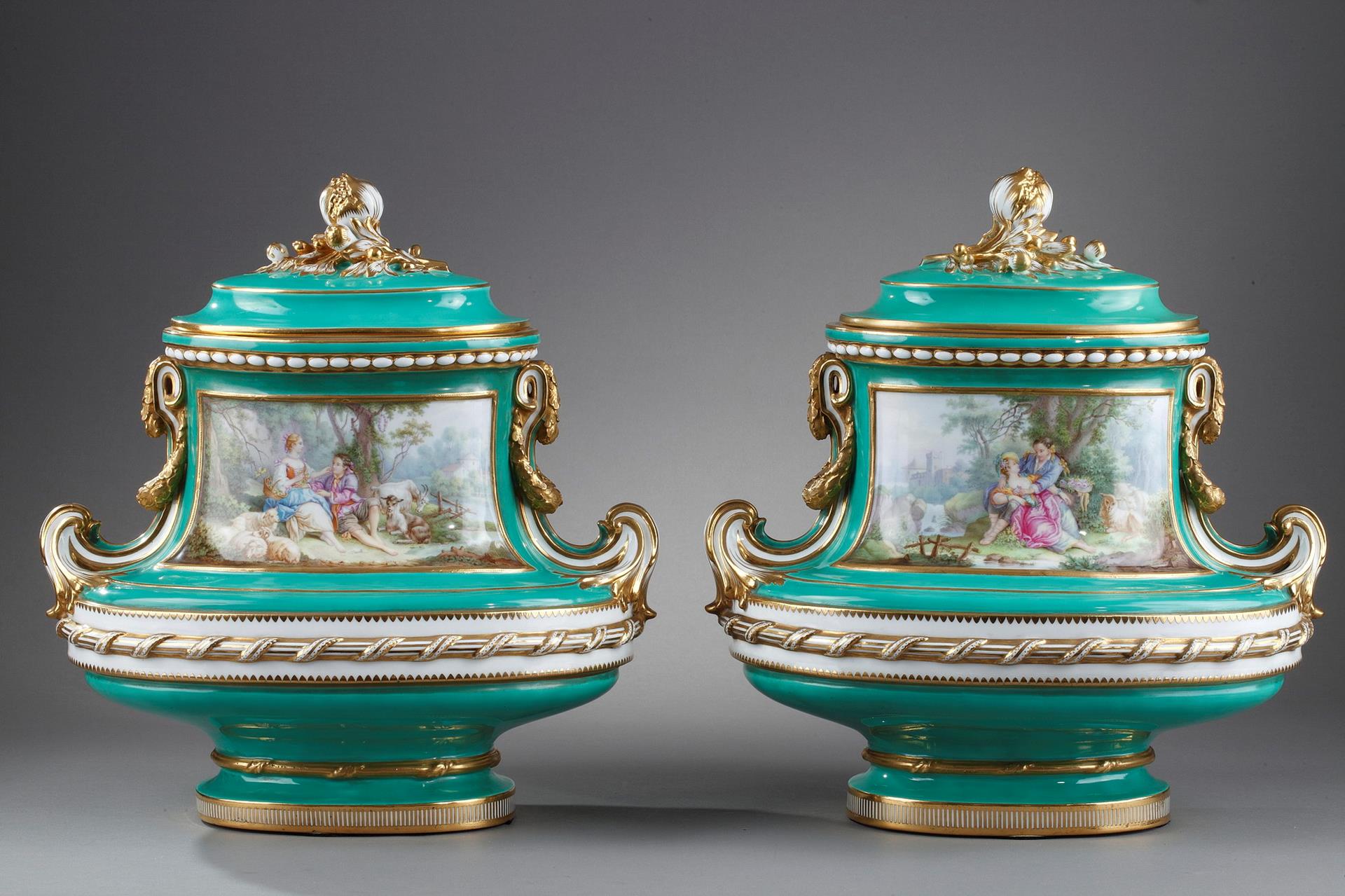 Large pair of vases with green background called «green garden» in  porcelain resting on a base with gold flutings. The shape of the vase is architectured with handles decorated with stylized leafy garlands, ribbons and cords in white porcelain. The body of each vase contains a cartel with a pastoral scene, one of which represents a couple of young shepherds according to Jean-François Boucher’s paintings «Do they think of grapes?» and the other "Resting Shepherd and Shepherdess." The reverse of each vase is decorated with a trophy of musical instruments and gardening tools. Each vase has a removable lid whose finial is decorated with pomegranates. These vases are influenced by the production of Sèvres of the middle eighteenth century and in particular by that made for Madame de Pompadour characteristic by the use of the green color called «green garden».Green brand under cover. Probably 19th century Parisian production. Fine wears on one of the finial.
H: 12.59in. (32 cm)/ w: 11.81 in.(30 cm)/ d:8.66in. (22 cm).
Napoleon III Period.
Price 11,000€
REF:4771