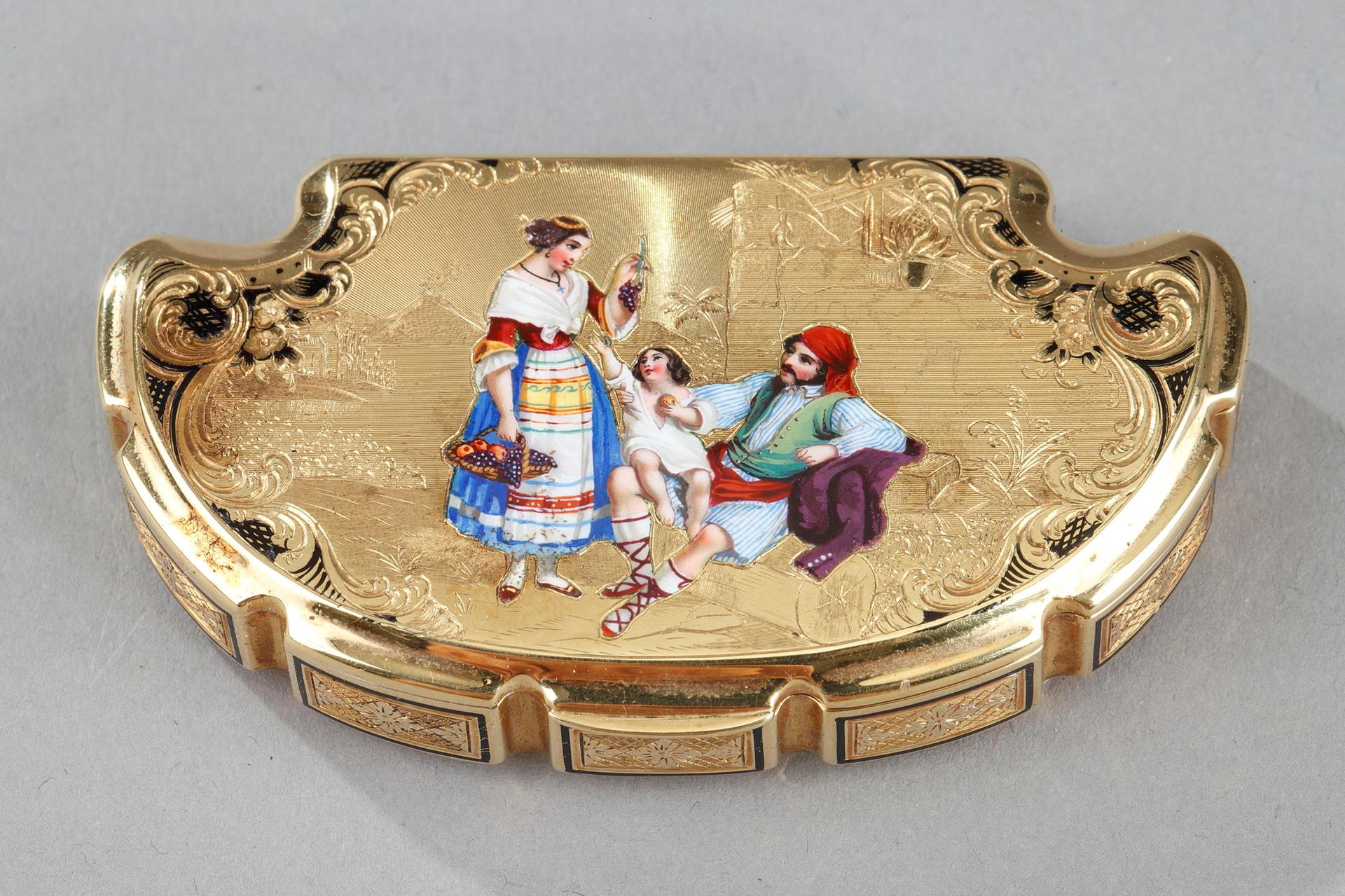 Gold and enamel snuff box in the shape of a cartouche form. The lid is decorated with a bucolic scene with a couple of Neapolitan peasants and children. The background in reserve is engraved with a view of the Bay of Naples with Vesuvius .This composition and the description of the costumes are influenced by the work of Bartolomeo Pinelli (1781-1835) whose engravings were published in the first half of the 19th century. The sides are  decorated with rectangular guilloche panels and framed in black enamel. The base is decorated with a guilloche pattern and fine floral engravings. In the center a grimacing mask with black enamel.
The interior borders are engraved with a dedication: "Souvenir of Her Imperial Highness the Grand Duchess Anna of Russia to Mrs. L. Franconi, Geneva, August 20, 1843". Anna Pavlovna Grand Duchess of Russia (1795-1865) daughter of Emperor Paul I and Maria Feodorovna. She married on February 21, 1816 to the King William II of the Netherlands, nicknamed the "Hero of Waterloo". The wedding took place according to the Orthodox rite in the chapel of the Winter Palace in Saint Petersburg and then at the Pavlovsk Rose Pavilion. On October 7, 1840, after the abdication of her stepfather, she became Queen Consort of the Netherlands and Grand Duchess of Luxembourg. She had 5 children and is the descendant of the current King William Alexander of the Netherlands.
Preserved in its original case in the form wrapped in green leather, interior in red silk velvet.
H. 0.39in.(1.4 cm) x L:2.72in( 7.1cm) x D:1.57in( 4.1 cm).
Weight: 1.83oz (52.7g)
Gold marks: 18 K. Owls
Goldsmith: CM
Period: mid-19th century. Probably Swiss work. Circa 1830-1840.
Price: 15,500 €
REF: 8098