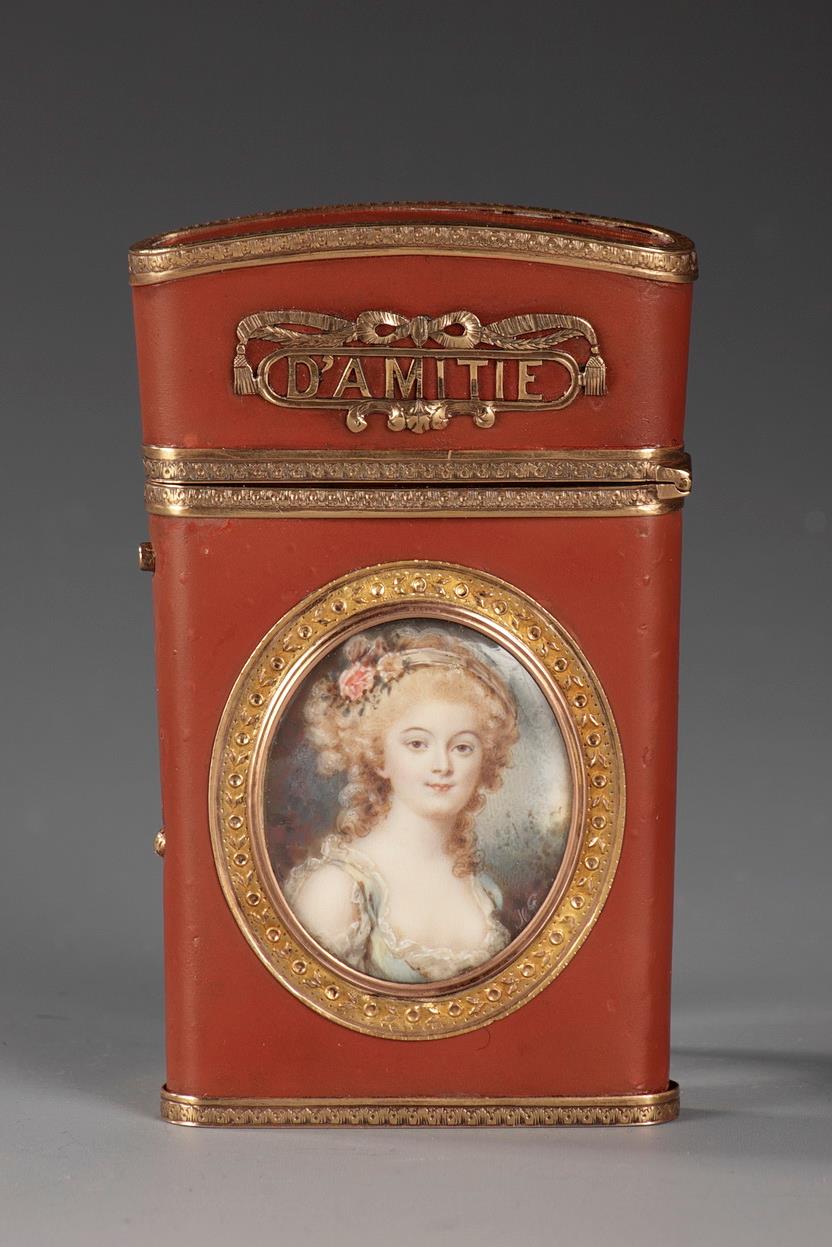 Flat, rectangular case in red-orange varnish and gold mounting. A button serves to open the hinged lid. The case is composed of four gold sections that are overlaid with red-orange varnish. The lid features a delicately sculpted motto which reads “Souvenir" and  "d'amitié” (Souvenir of Friendship) surmounted by a knot. The two main faces of the case display medallions one of which shows an elegant young woman wearing a light dress with a deep-cut neckline and exposed shoulders. Her unpowdered, curly hair is pulled up and held in place by headband decorated with roses. The other side presents the portrait of a young man with powdered hair pulled back in a bow wearing a red suit and baby blue vest. These miniatures on ivory are framed in a gold mounting sculpted with floral motifs. The case includes two ivory tablets connected with a gold rivet.
The fashion of small cases developed during the 18th century. Eventually, small, flat cases like this one appeared, which contained ivory tablets and pencils for writing down meetings and appointments. These cases are the predecessors of dance cards, which developed during the 19th century.
Length: 2 in (5 cm)
Width: 0.4 in (1 cm)
Height: 3.5 in (9 cm)
Gold marks: reinspection marks from a later date.
Late 18th century. Circa 1770-1780.
Price:4000€
REF:3897