19th Century Silver chatelaine with pearls. Enquire about this Item 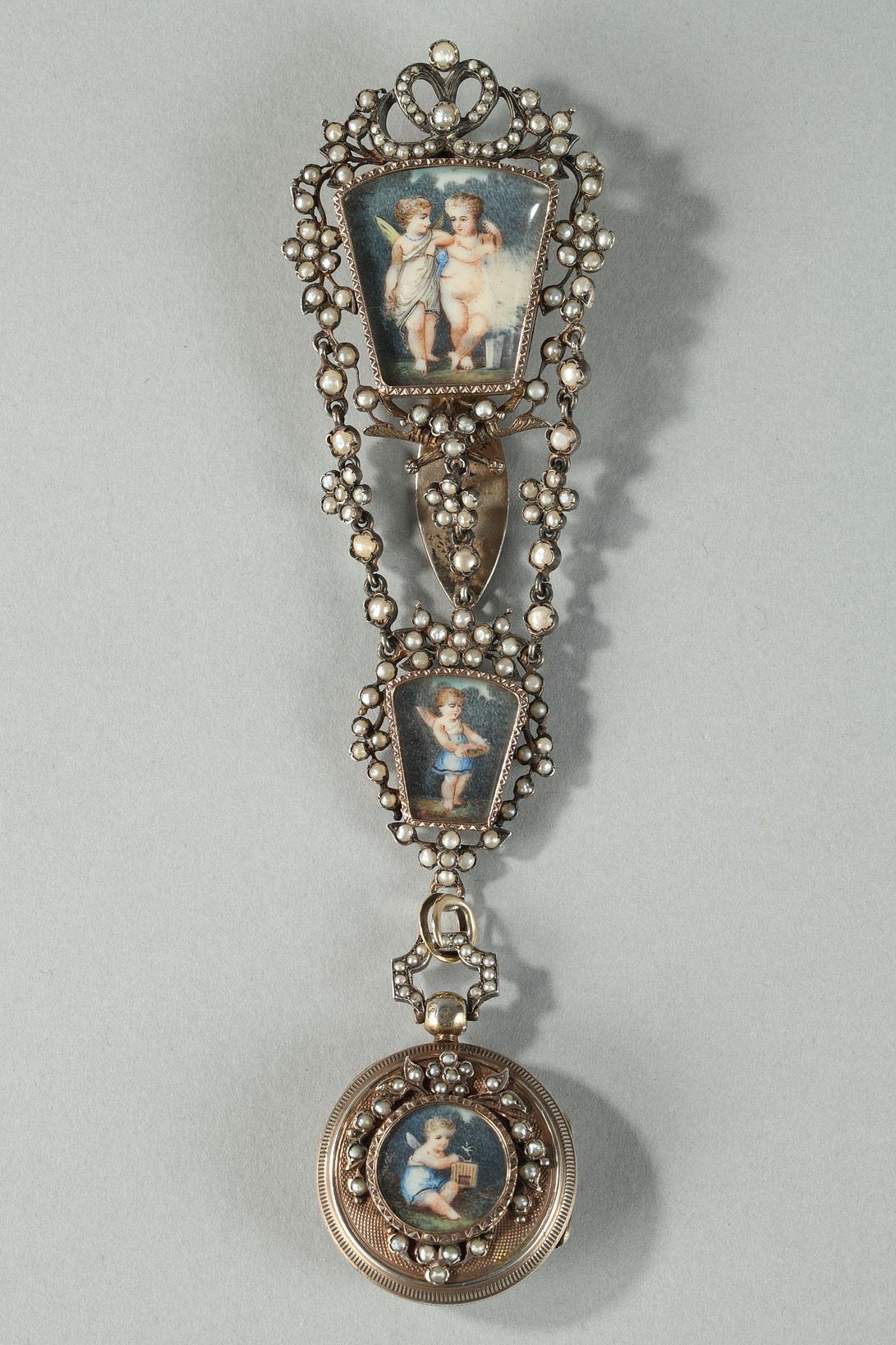 Silver chatelaine inlaid with pearls and composed of three sections. The upper portion features a belt hook decorated with a miniature showing two cupids set in a frame topped by a crown and embellished with pearls. Three decorative chains connect the upper medallion to a central medallion that has another miniature featuring a cupid holding a wreath of flowers. The piece supports watch whose casing is decorated with an intricate latticework motif and also has a miniature of a cupid releasing a dove from a cage. The entire piece is highlighted with pearls.
Weight: 2 oz with the watch
Length: 5.5 in with watch / 4.3 in without watch
Watch diameter: 1.2 in
Silver Mark: Tête de sanglier (Boar head) appeared in 1838
Mid-19th century French craftsmanship.
Price: 6400€
REF:6066