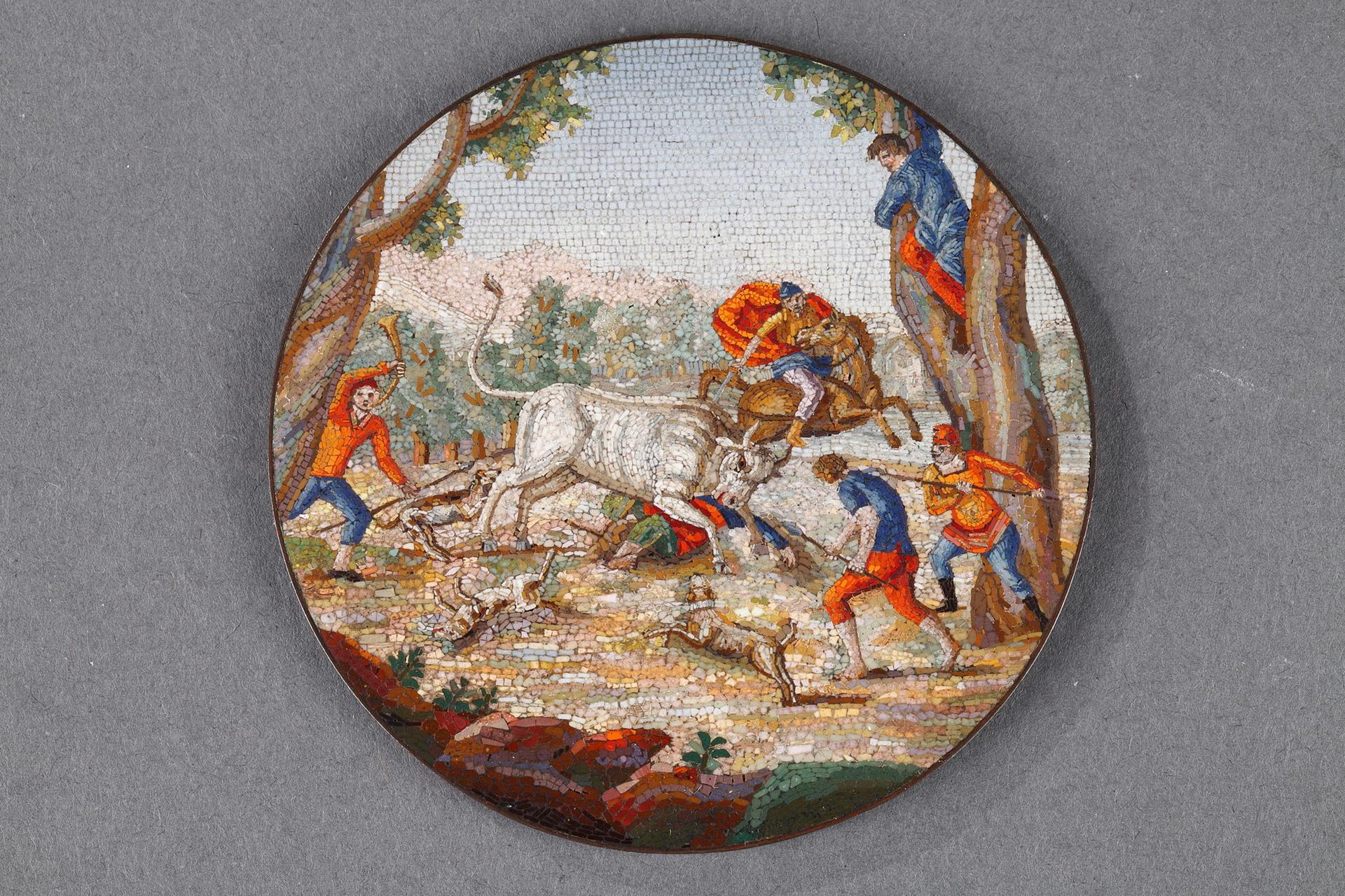 Rounded micromosaic plaque on copper depicting a furious white bull fighting against people dressed in coloured tunics and equipped with spears. A horseman with a sword helps them. The scene stands out on a bucolic background where a mansion house is built.
This scene can be interpreted on the one hand as a bull-hunting, iconography influenced by the work of Johannes Stradanus (1523-1605) realized in tapestry for the Medicean villa of Poggio a Caiano of Medici or by that of Giovanni Reder ( 1693-1729). On the other hand, this scene can also be interpreted as a scene of the Cretan "furious bull" devastating the countryside and recounted in the Twelve labors of Hercules.
This work is probably attributed to Giovanni Battista Luchini since a similar work in micromosaics, signed by Luchini is kept in a particular collection.
The quadrangular tesserae composing the background, the large palette of the colours of the tesserae of the scene as well as their triangular forms allow to date this work in the years 1800-1815.
Luchini is a micromosaist active in the first half of the 19th century in Rome and Naples between 1811 and 1814 where he was the Director of the mosaic studio. His studio is a little less known than that of the Vatican. He associated to Francesco de Poletti in 1824. Luchini worked for King Ferdinand 1st of Bourbon King of the Two Sicilies whose portraits in micromosaics are preserved in Victoria & Albert Museum.
Period: Early19th century. Circa 1800-1815.
Price:22800€
REF:8184
Bibliography:
The Gilbert Collection, Micromosaics, London , 2000.
R. Grieco, Roman Micromosaic, Rome, 2008.