19th century Gold Brooch with Pearl, diamonds and Cameo on Agate. Enquire about this Item 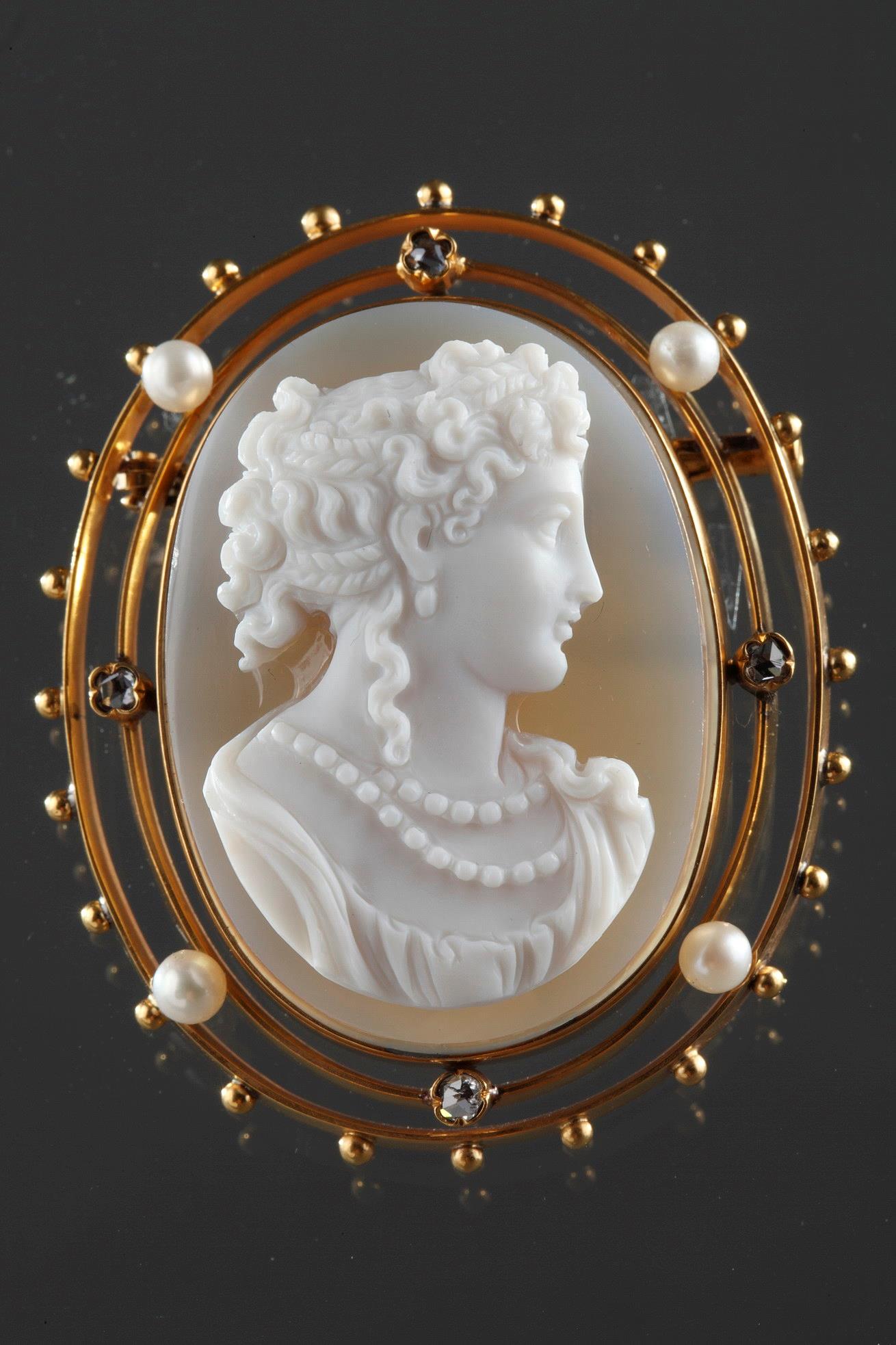