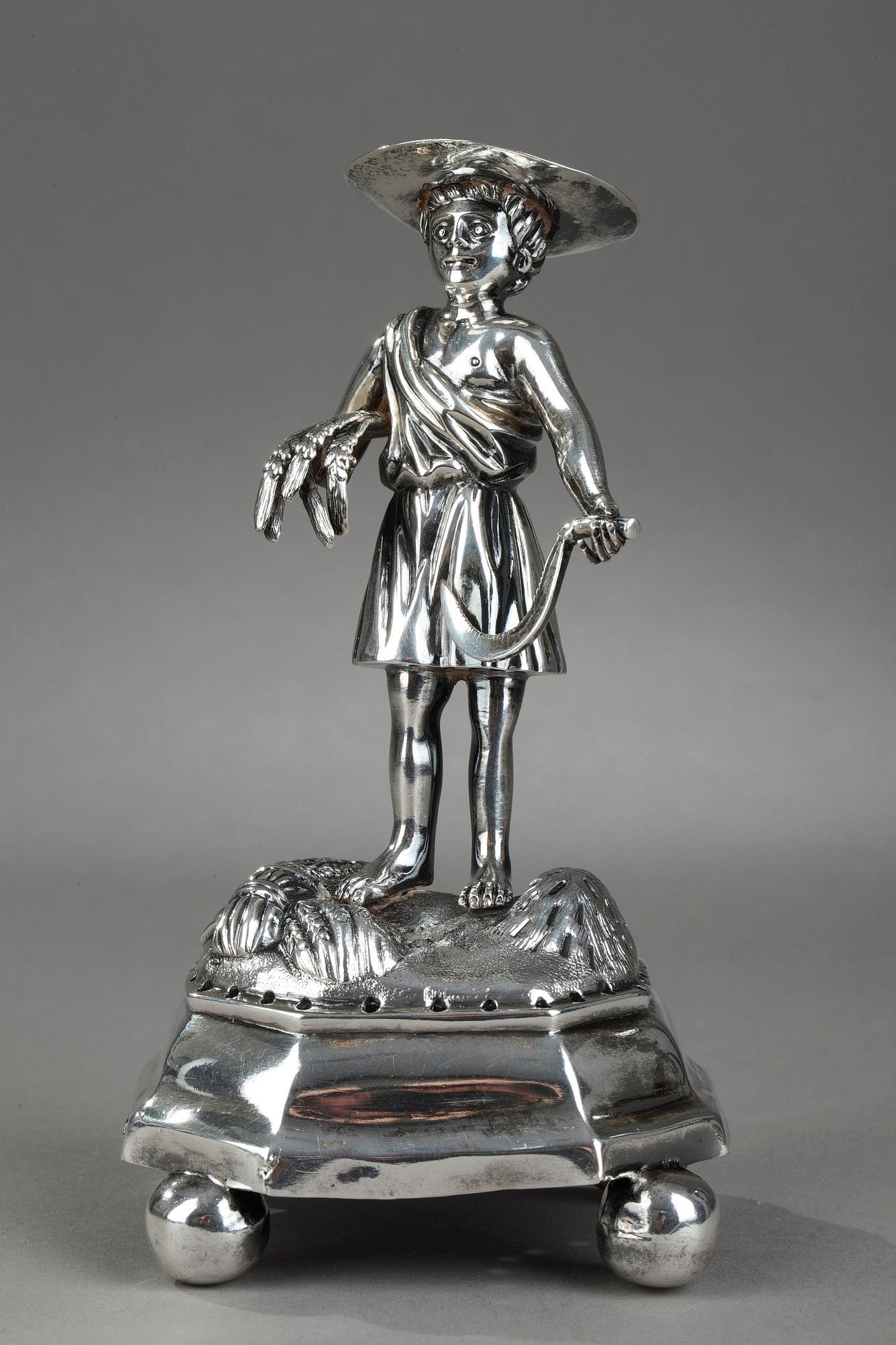 Toothpick holder in solid silver depicting a small wheat reaper. The reaper wearing a large hat, a tunic and a sickle is presented on an octagonal stand resting on four ball feet. The base is pierced at the level of the reaper's feet to allow for toothpicks to be placed. The toothpicks thus arranged suggest ears of wheat to be mown.Some wear to the base.
The use of toothpicks has been known since Antiquity. During the Middle Ages and the Renaissance, they were made of metal and could be reused, but it was in Portugal in the 16th century that they became disposable. The congregation of Mosteiro de Lorvão used the wood of orange trees and exported their production of finely carved "palitos especiales" to Europe and the Americas. To present them on the table, toothpick holders were created, competing in finesse and inventiveness.
H:5.31in. (13,5 cm ); l: 2.55in. (6,5 cm).
Weight: 5.15.oz (146g).
Silver marks for Portugal:
Crowned P hallmark for Porto.
Hallmark of the master goldsmith: ic.
Price: 950€
REF:8213-1