Mid-19th century silver and enamelled chatelaine with gold watch. Enquire about this Item 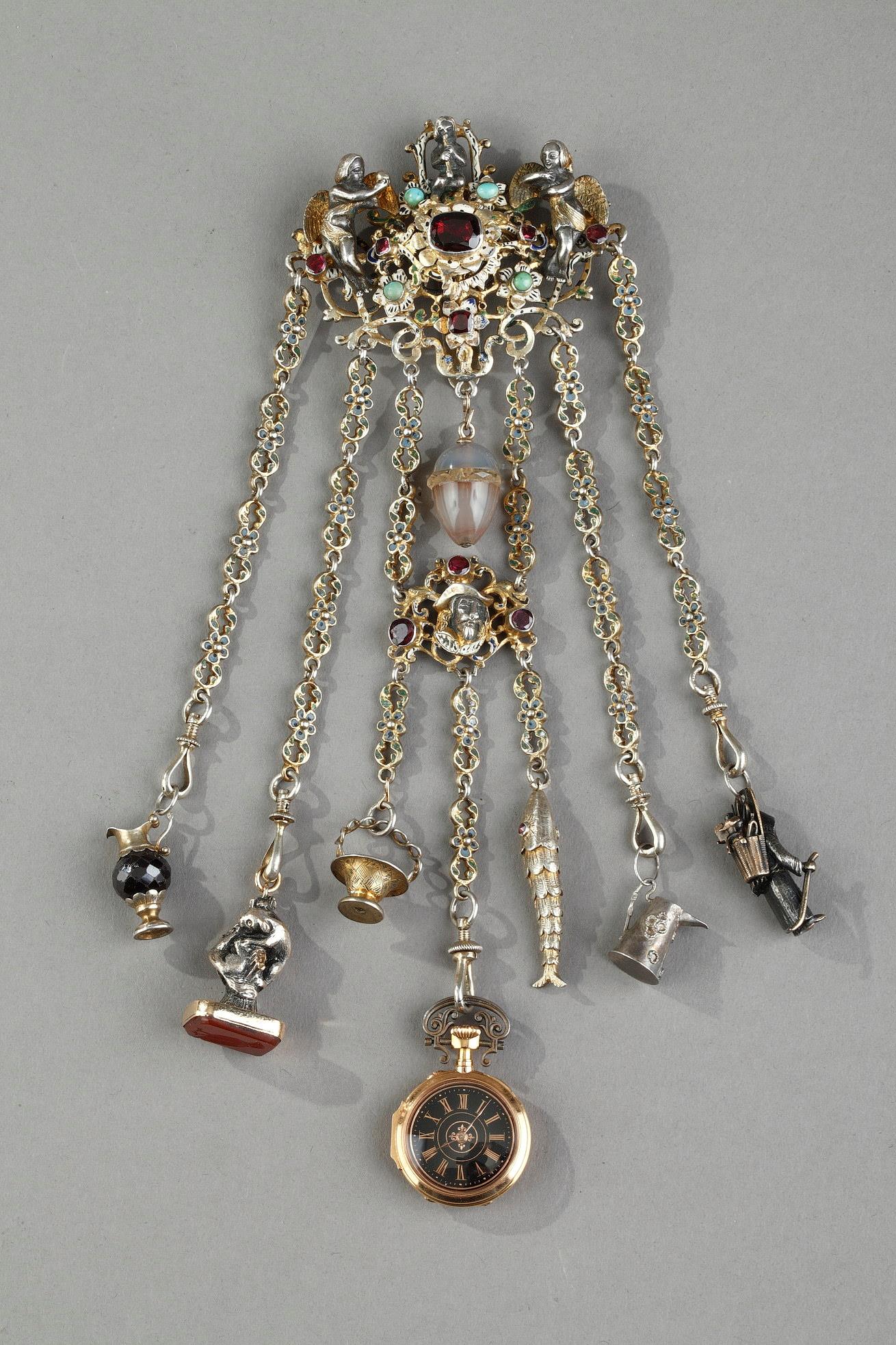 Silver and enamel chatelaine with neo-gothic decoration. The chatelaine includes a hook and five chains. The hook is decorated with an enamelled flower motif with a cabochon ruby in the heart. The flower stands out on a cluster of flowers set with blue enamel beads and rubies. On either side of the central motif, two silver angels in the round, topped by a musical putti, complete the composition. The hook ends with an agate charm. The five chains are decorated with enamelled flowers. The end chains end with pendants: a faceted red crystal ewer, a seal decorated with monkeys chasing each other and agate with an intaglio, a jug and a figure with a silver hood. The chains in the centre are joined together and are decorated with a bust of a medieval man enamelled and set with three cabochon rubies. Three small chains finish this composition from which hang a basket, a silver fish and a gold and black enamel watch decorated with a fine mythological scene.
The watch is probably reported.
L: 7.08in. (18 cm).
Weight: 3.45 oz(98 g).
Silver marks.
Mid-19th century.
Probably Austro-Hungarian work.
Price: 3900€
Ref: 8207