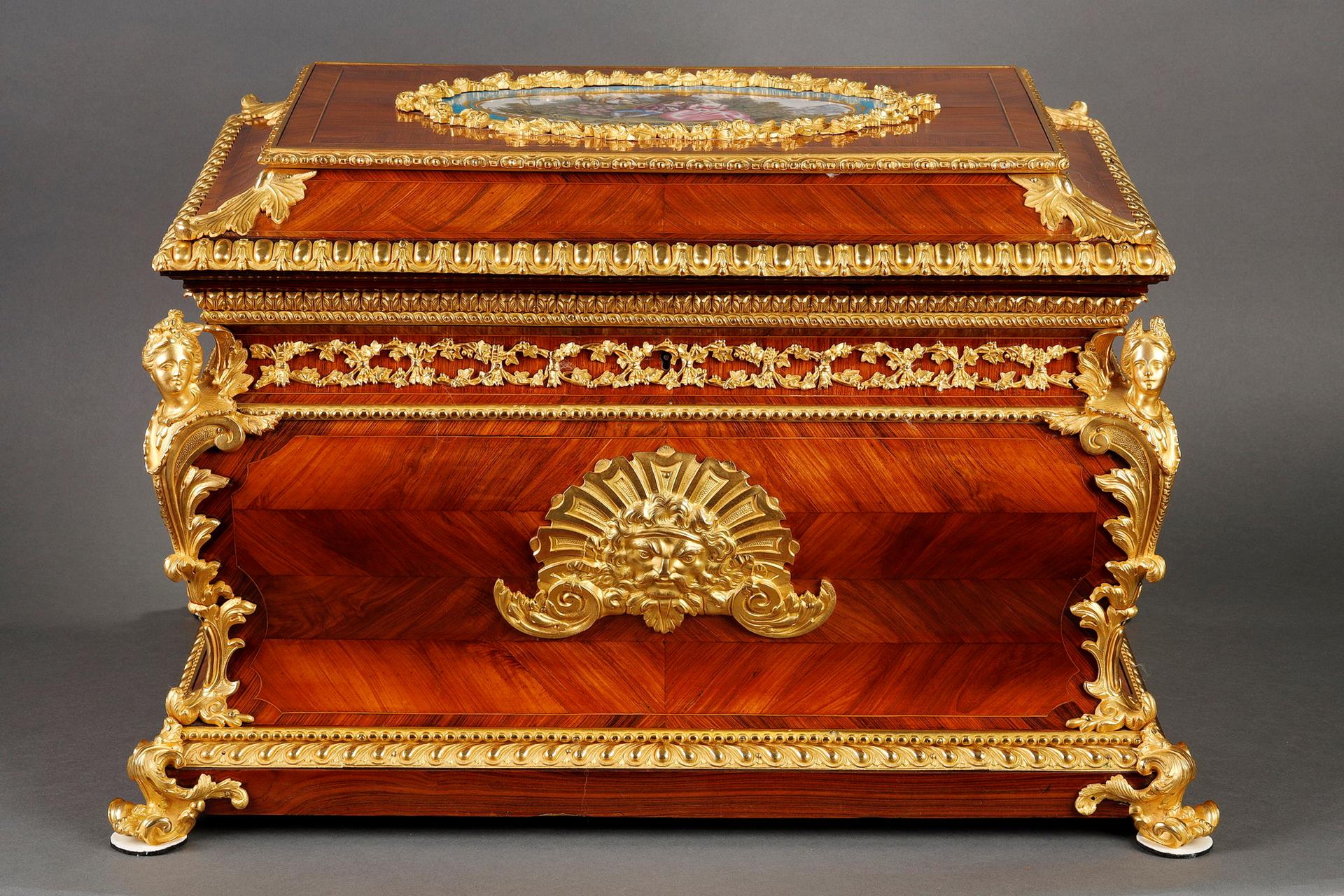 A large Louis XV style rosewood veneered casket with gilt bronze mountings. The box has a gilt rosewood veneer on all sides and is mounted in chevrons. The corners are underlined by fine ormolu baguettes with rocaille and gadroon motifs. The top corners are decorated with "à l'espagnolette" motifs showing graceful busts of women whose bodies end in a scrollwork sheath. A radiant man's mask adorns the front of the casket and two handles on either side allow it to be carried. The lid of the box is set with a porcelain medallion in the Sèvres style and presents a gallant scene: a couple of young men in a forest watched by a woman. The interior of the restored box is lined with a silky, moiré fabric.
This work is characteristic of the Napoleon III style or the Eclectic style that developed during the second half of the 19th century. The desire to renew the decorative arts encouraged artists to draw inspiration from past styles such as the Louis XV or Louis XVI styles. The Empress Eugenie wished to refurnish the royal castles and ordered numerous pieces of furniture inspired by the Louis XV and Louis XV styles.
H: 15.74in. (40 cm), L: 25.59in. (65 cm), W: 10.50in. (47 cm)
Second part of the 19th century. Napoleon III.
Louis XV style.
Price: 18000€.
REF: 8009