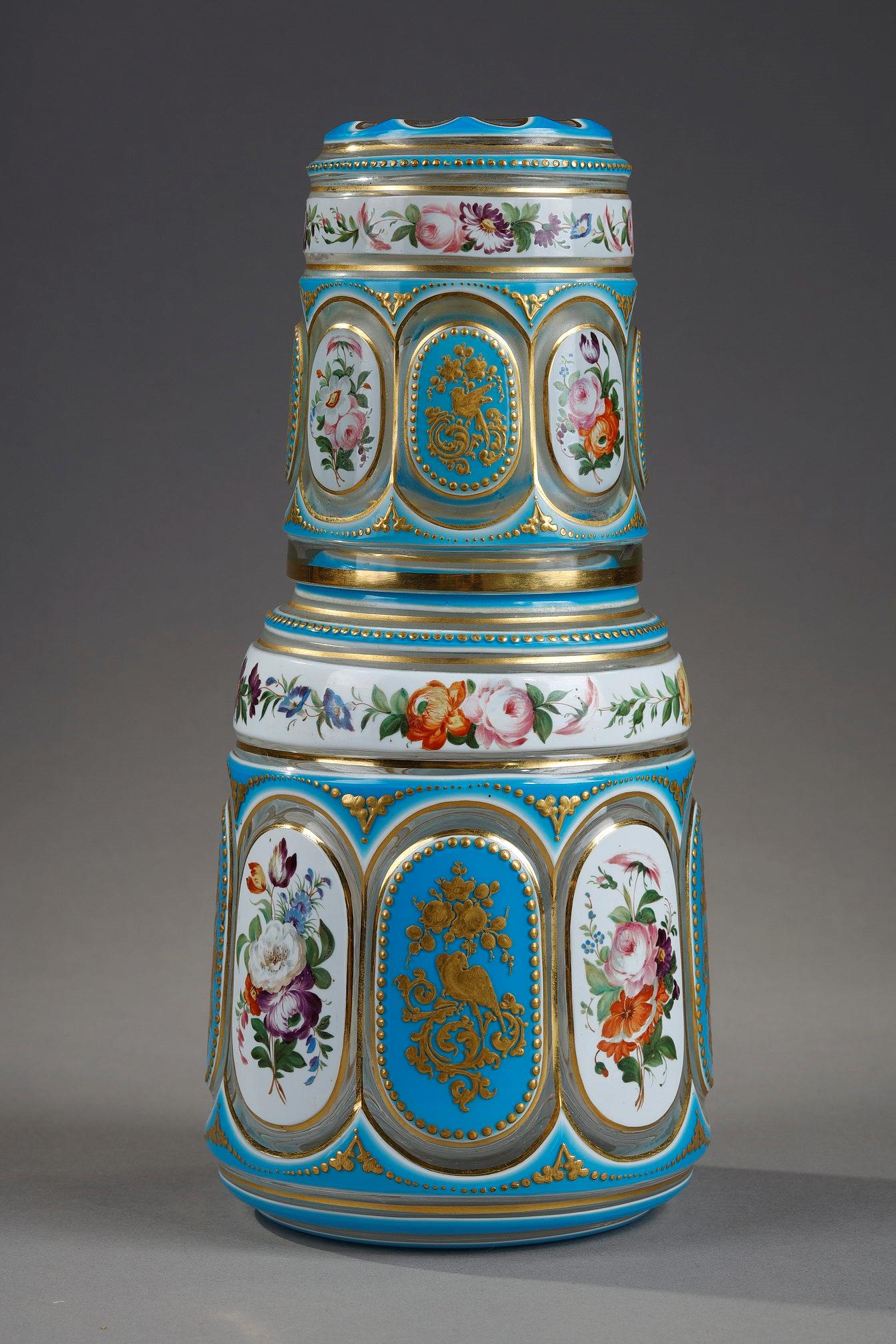 Night set including a carafe and its water glass. The set is made of crystal and opaline obtained by the overlay technique. This technique consists in superimposing different layers of hot crystal, more or less opaque and coloured. A fine engraving allows to play on the thickness and transparency. Thus, this set presents opaque medallions in white opaline on which fine bunches of multicoloured enamelled flowers stand out. These medallions alternate with medallions in blue opaline on which a gold decoration composed of birds and flowers is placed. This ensemble is underlined by fine gold or white opaline borders with flower decoration or transparent parts enhanced with gold motifs.  In the 19th century, the "glass of water" set including carafe, glass and sometimes tray and sugar bowl allowed the consumption of water scented with orange blossom, reputed for its sedative virtues.Small chip on the neck of the carafe.
Carafe: 7.87in. (20 cm), l: 3.93in. (10 cm).
Verre: H: 3.34in. (8,5 cm); l: 2.67in. (6,8 cm)
This set is remarkable for its creative technique. Probably Clichy crystal.
Period: Early19th century. Circa 1820-1830.
REF:8250
Price:1500€