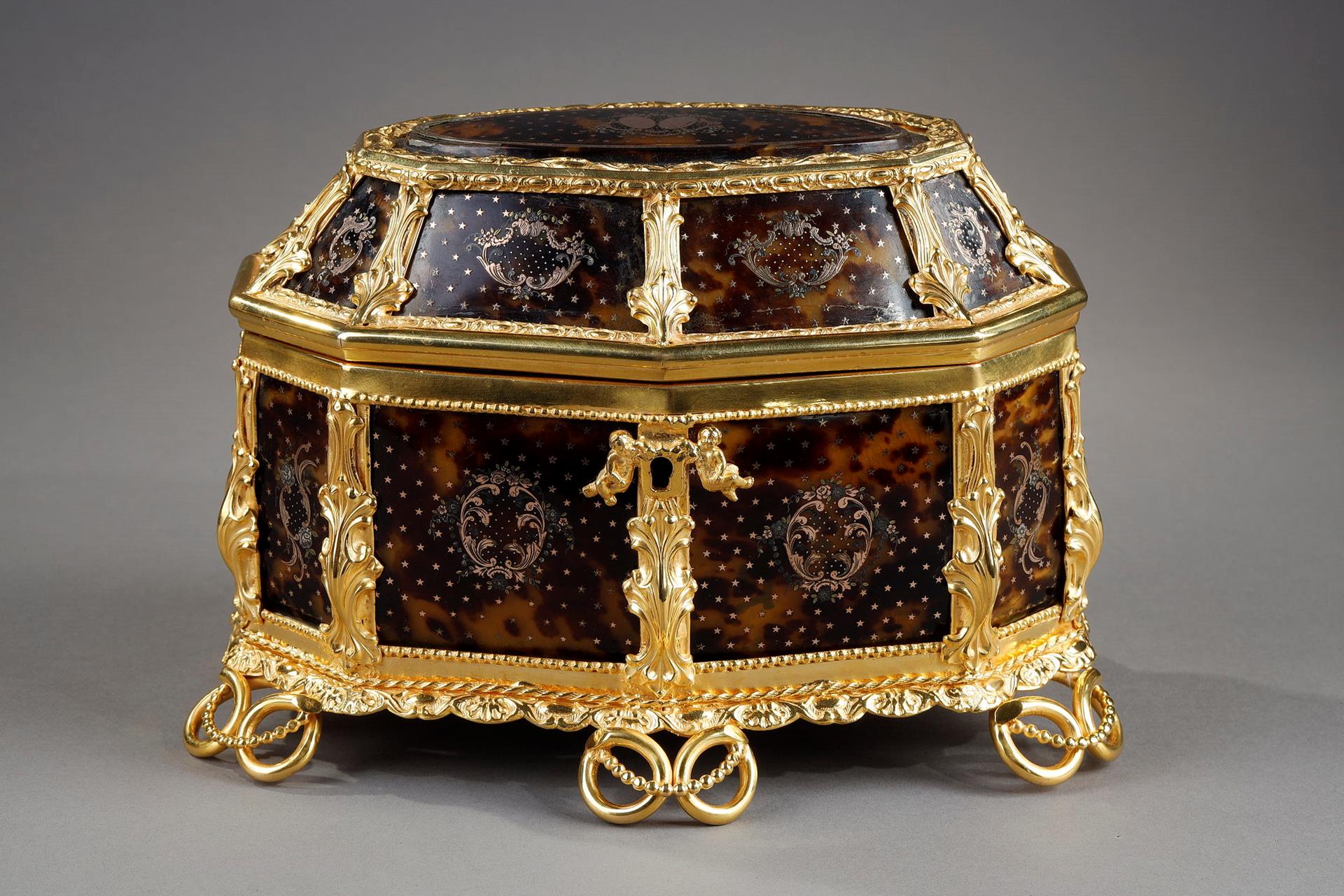 Exceptional tortoiseshell jewellery box with cut sides and gilt bronze mountings resting on six feet in the form of knotted ribbons. Each shell plate is inlaid with a semi star, the rocaille pattern topped with pink gold bouquets. The lid is adorned with two gold escutcheons for monogramming. The mounting finely chiselled with floral motifs, rais-de-coeur. A couple of cherubs adorn the lock. The restored interior is entirely upholstered in beige silk. By the work of the tortoiseshell and the inlay of the gold this box is inspired by the techniques of creation of the 18th century.
Mid-19th century.
Price: 9500€.
REF: 8228