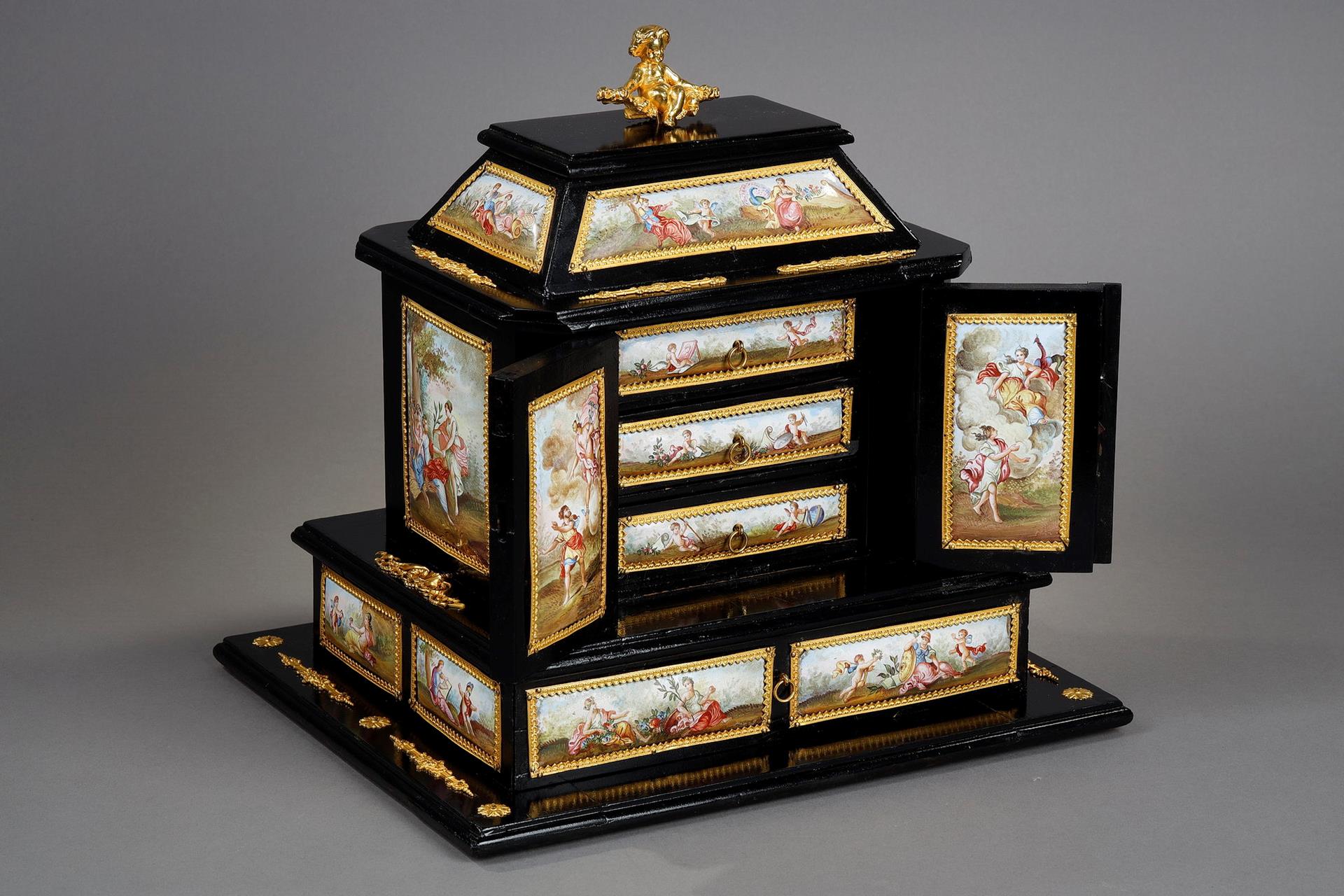 A viennese cabinet made of black wood veneer and enamel plates. The body of the cabinet is decorated with enamel plates and has two doors opening and surmonted by a dome decorated with four enamel plates and a gilt bronze putti. Inside the cabinet, three drawers are decorated with enamel depicting puttis bearing the symbols of the Arts such as geography, drawing, music, sculpture... This cabinet rests on a base decorated with enamel plates with nymphs and opening on a large drawer.
The enamelled decoration is influenced from Greek myths where the interventions of the Gods are omnipresent but also the myth of Artemis. Thus, the more important plaques located on the sides of the cabinet present the hunter Actaeon, the sacrifice of Iphigenia, the nymphs daughters of Zeus and protectors of their father's loves. The dome is decorated with enamel representing various goddesses such as Hera, Athena and Aphrodite.... Each enamelled plate is set in a fine gilt bronze frame.
This cabinet is a good example of the historical style that developed in Vienna in the second half of the 19th century. Interest in 16th and 17th century objects was growing. Numerous enamelled pieces set in lapis, rock crystal, silver or ebony appeared. These pieces were strongly influenced by the Renaissance and the taste for cabinets of curiosities or wonder chambers in vogue in the 16th and 17th centuries.
These pieces are presented at international exhibitions where Viennese artists compete with those of the past.
H: 10.43in. (26,50cm), L: 11.81in. (30 cm), l: 9.44in. (24cm).
Viennese work from the end of the 19th century. Circa 1880.
Price: 9500€
REF:8153