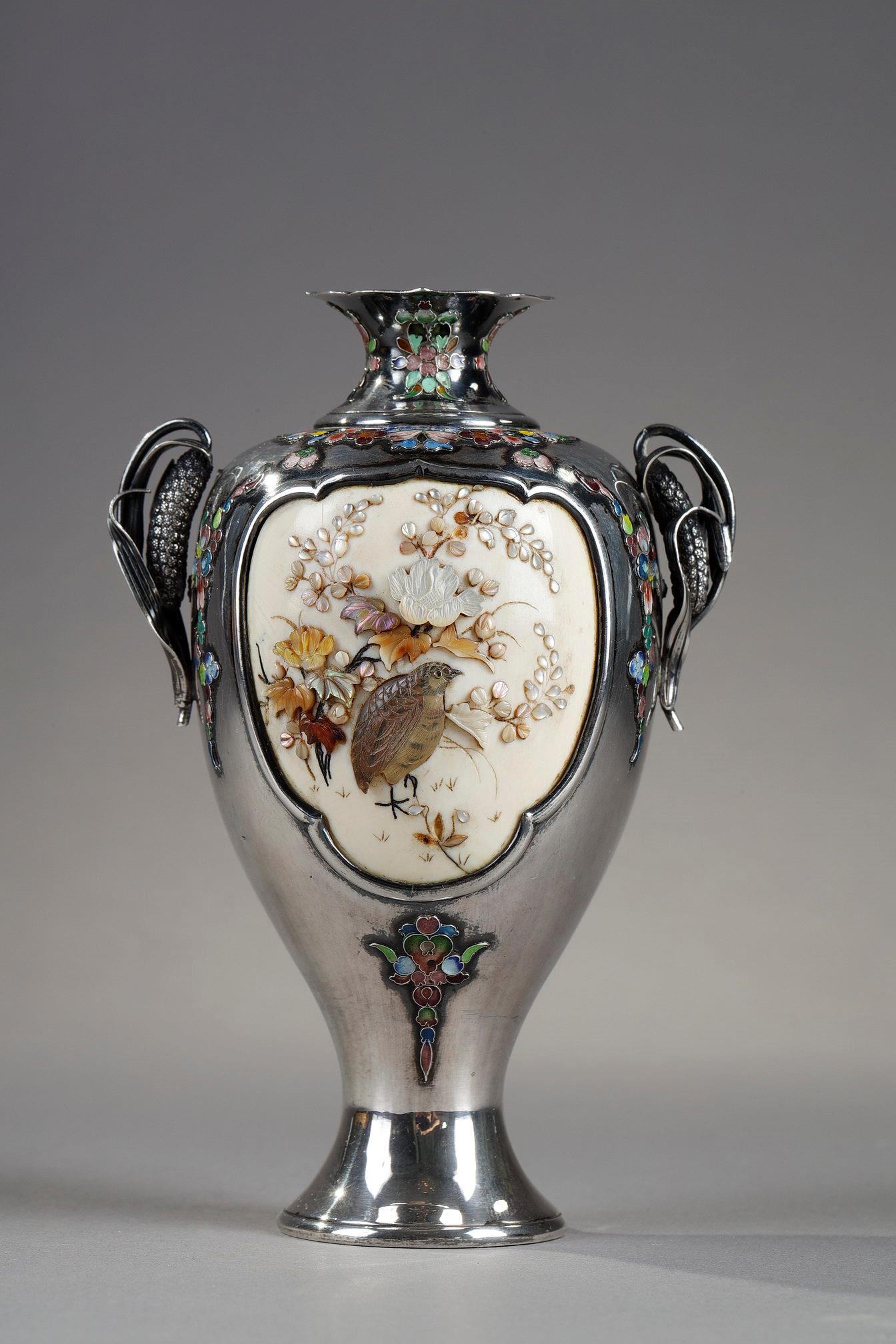 A silver vase with corncob handles and inlaid ivory medallion decoration. The neck of the vase is decorated with floral motifs enhanced with polychrome enamel. Two ivory medallions are set on either side of the vase. Each medallion is decorated and inlaid with mother-of-pearl, shell and tortoise shell. On one side, the decoration shows an exotic bird under foliage and flowers. On the other side, the decoration shows a floral arrangement or ikebana. A few small missing pieces.
This work is characteristic of the Shibayama style, where the inlay work shows important reliefs. Vase with a signature
Period: end of the 19th century-beginning of the 20th century. Meiji period (1868-1912).
H:4.72in. (12cm), L:3.14in. (8 cm),
Prix:4800€
REF:4691