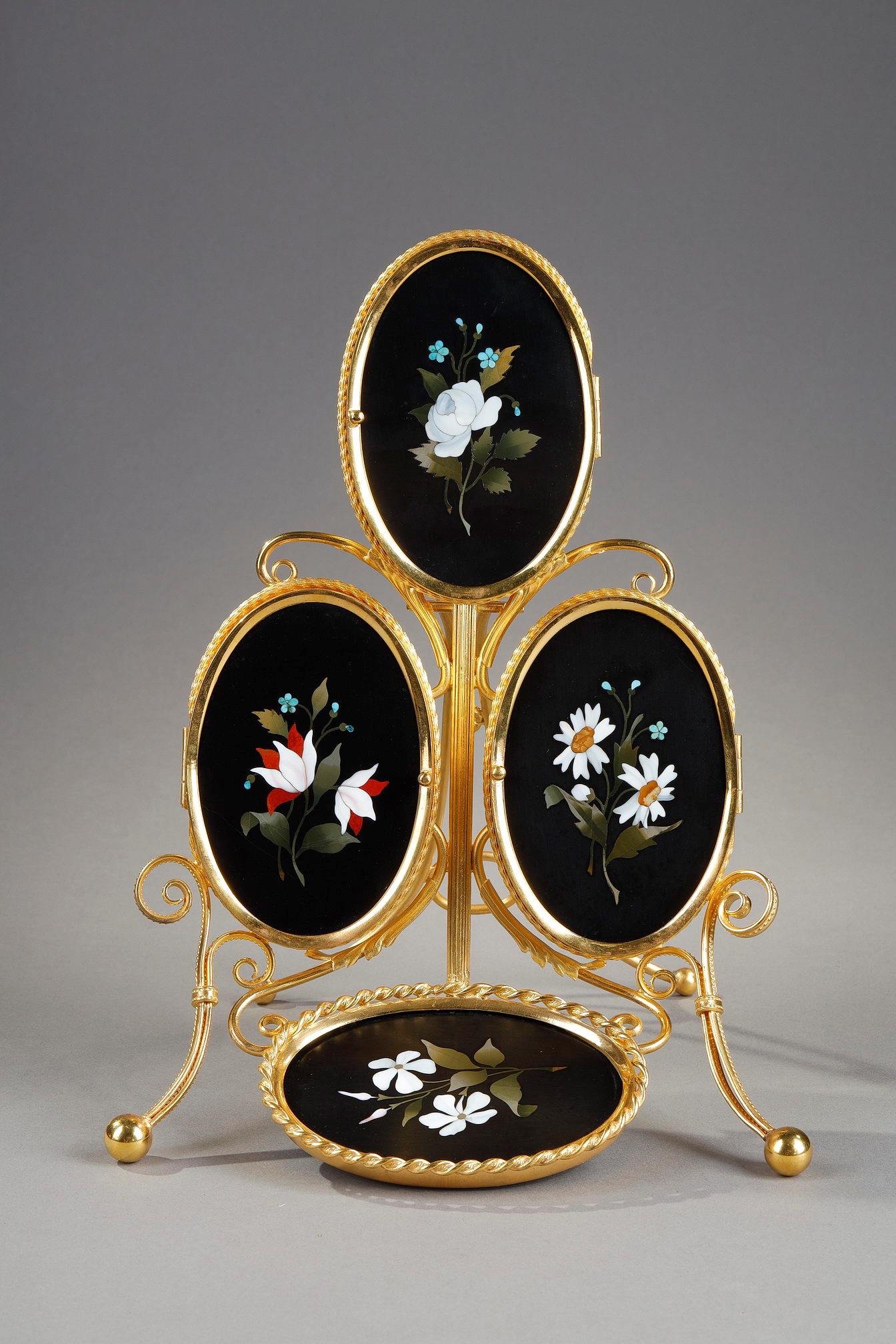 Portrait holder in pietra dura and gilded brass. The portrait holder has four oval medallions, three of which open to insert a portrait. The fourth one serves as a pocket. Each medallion has a pietra dura decoration of bouquets of flowers with forget-me-nots, daisies and roses. The medallion holder is finely chiselled and gilded. The inside of the medallions is lined with a shiny fabric.
This technique was developed in Florence under the influence of the Grand Dukes of Tuscany in the 16th century. It consists of cutting semi-precious stones such as lapis lazuli, agate, jasper, etc. These finely cut stones are inserted into the black marble like marquetry and then polished. This technique has endured in the same way as that of mosaics. The aristocrats on their "Grand Tour" of Italy were sure to bring back souvenirs.
Second part of the 19th century.
H:9.44in. (24cm), W:7.08in. (18cm) at the base,
Medallion: H:3.93in. (10cm), W: 2.75in. (7cm).
Price: 2800€.
REF:8230