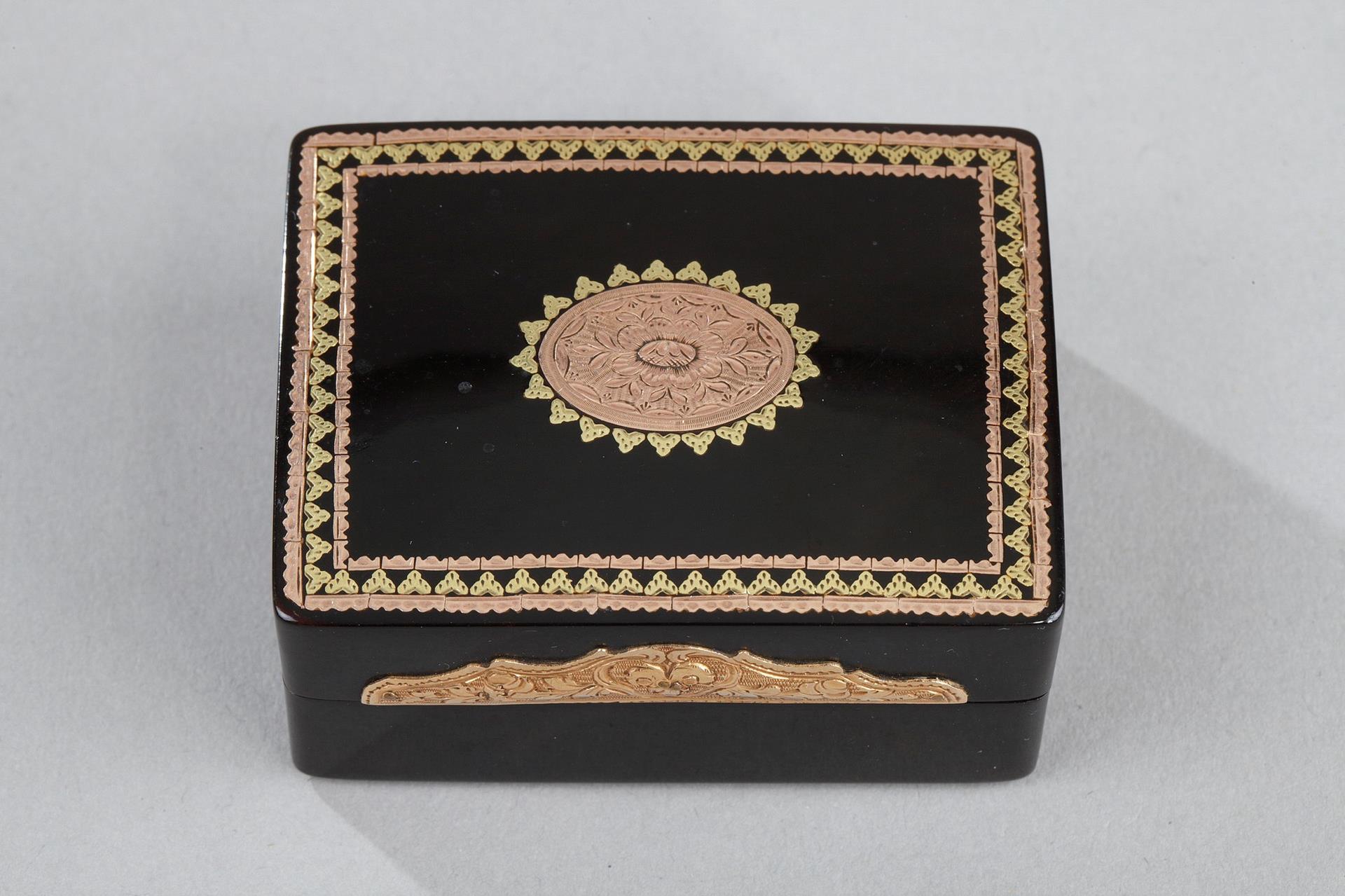 Rectangular tortoiseshell toiletries case. The lid is intricately inlaid with geometric friezes in pink and green gold. The center of the lid is decorated with a starburst and rose motif. A floral garland in yellow gold surrounds a lightly raised button that opens the box. The hinges of the box are also in gold and bear markings. The box contains: a mirror under the lid, two compartments with tortoiseshell lids and gold decorations, and a compartment containing gold-accented tweezers. This toiletries case is characteristic of vanity objects that were in vogue during the 18th century where the usage of red and white powders by the aristocracy was a daily ritual. An example of this can be seen in Boucher’s 1758 painting of the Marquise de Pompadour that is conserved at the Harvard Art Museum in Boston. In addition, the striking color of an aristocrat’s complexion was accented by artificial beauty marks made of black taffeta.
Length: 2.2 in (5.6 cm) Width: 1.7 in (4.3 cm) Height: 1 in (2.5 cm)
Gold marks:
Charge mark: Jean Baptiste Fouache 1775-1781
Release mark: Monkey head (tête de singe) 1775-1781 Other gold inventory marks for small gold objects Louis XVI period
A few small missing sections in the tortoiseshell.
Price: 6900€
REF: 4869