Pair of ormolu mounted rare Lithyalin. Bidermeier. Circa 1830. Enquire about this Item 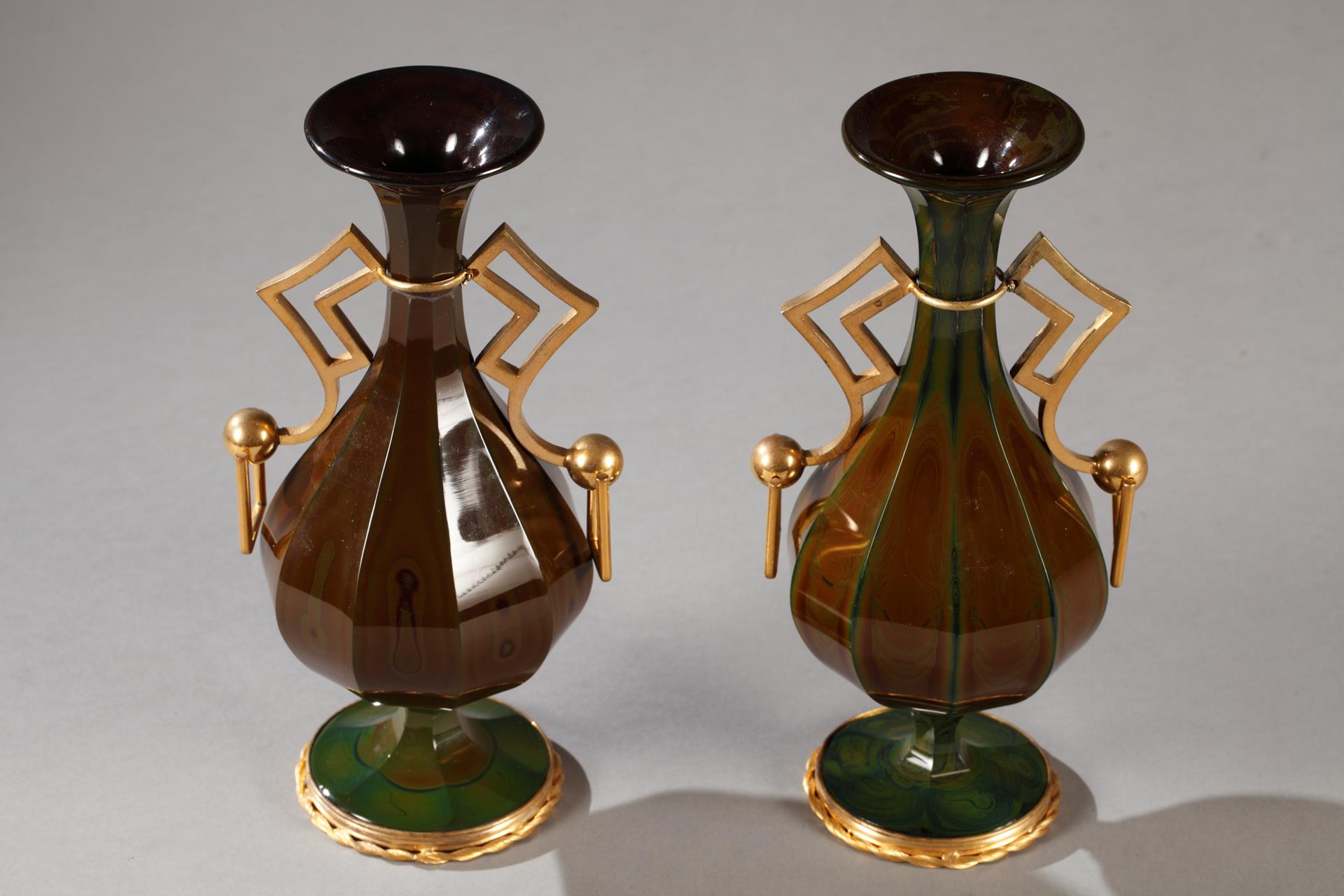 Pair of lithyalin vases with high neck, domed body and faceted resting on a pedestal. The color of the glass is green with reflections. these vases are set in a ormolu mounted with openwork angular handles. This pair of vases is exceptional in its color and size. Indeed, the color imitates agate or other semi-precious stone. The hyalite glass technique was developed by Friedrich Egermann at the end of the 18th century in Bohemia in Haida. He doubled his colorless glasses by "cementation" (that is to say the application of a metal oxide on the vitreous surface) in yellow to silver. It was at the beginning of the 19th century that the "cementation" in copper red was discovered. This technique then requires three firings and a great mastery of the manufacturing processes. It is the variation in the nature of metal oxides that gives color to glass. Egermann wanted to compete with the gemstones. If at the beginning of its production, the glasses were rather black or red, important shades emerged like ruby ​​or green glasses around 1830-1840. This last production is characteristic of the Bidermeier period and went out of fashion around 1840. Egermann's technique was stolen from his studio and revealed in the open. Saint Louis then acquired the process. This rare pair of vases is characteristic of the production of the 1830s in Bohemia. L: 12.5cm / D: 10cm / H: 23cm. L: 4.9 in/ W: 3.9 in / H: 9 in Price: € 5,900