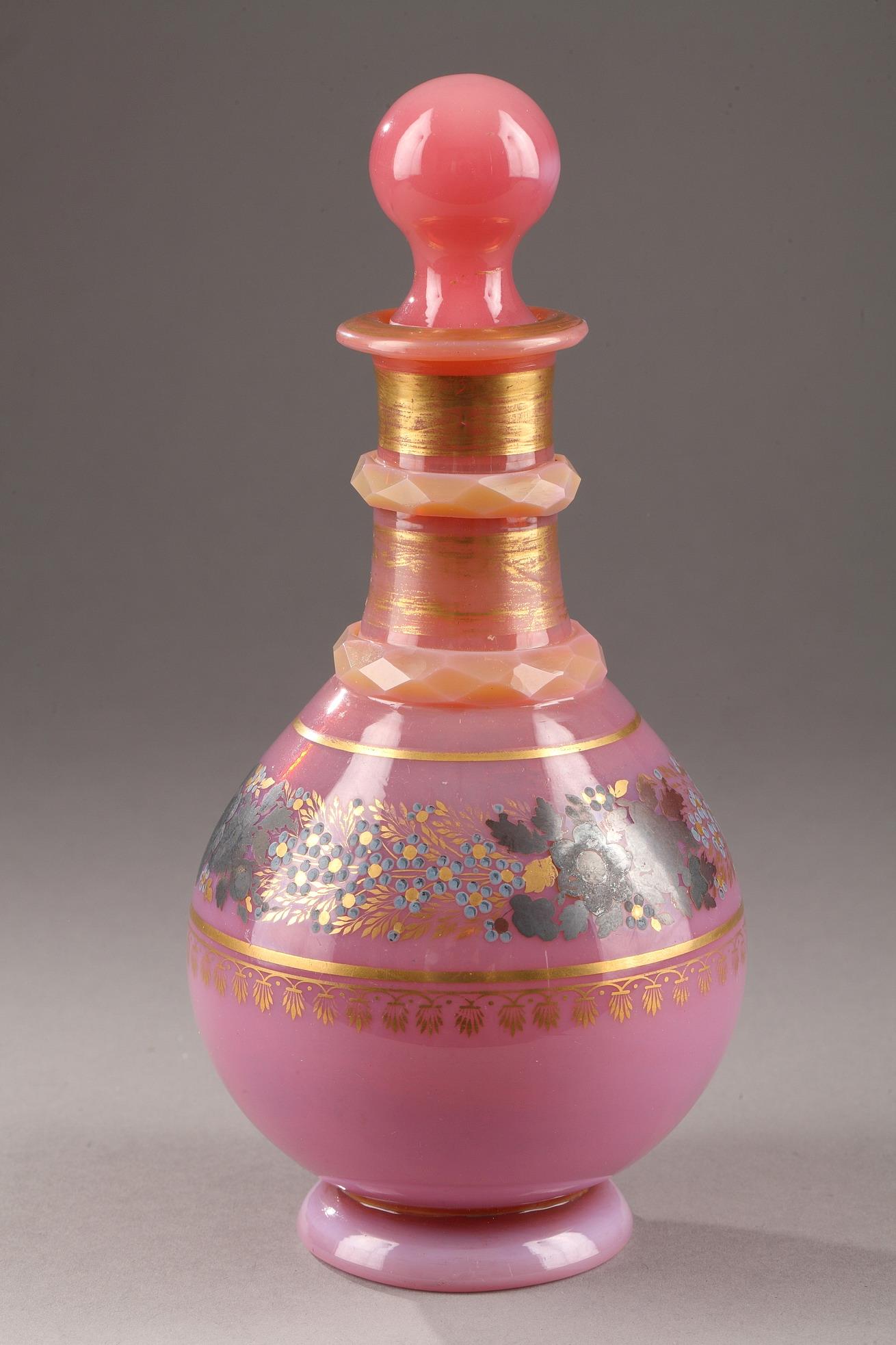 Opaline crystal bottle "pigeon throat" The neck is worked with hot and faceted applications. The body of the bottle is adorned with a decorative headband representing bouquets of silver and gold flowers and forget-me-nots framed by gold bands underlined with palmette motifs.
The decor is characteristic of the Desvignes workshop. Jean-Baptiste Desvignes was an active decorator in Paris from 1817 to 1826. He was a painter, gilder on porcelain and crystals. In 1817, he filed a patent for a process of gilding and crystal painting without firing or incrustation in the crystal. His decorations are characteristic because they favor a certain repetition of floral motifs.
This color of opaline is rare and exceptional. Indeed, to opacify the crystal was added: bone ash, tin and arsenic. Finally this pink color was obtained by the addition of gold salts. Only a few production centers were able to produce such colors as Le Creusot, Baccarat, Saint-Louis or Choiy-le-Roi. The diffusion of these crystals was marketed by merchants established around the Palais-Royal such as "L'escalier de cristal". The stopper is removable.
Some small lack of gilding at the neck and cork.
H: 8.66 in. (22 cm).