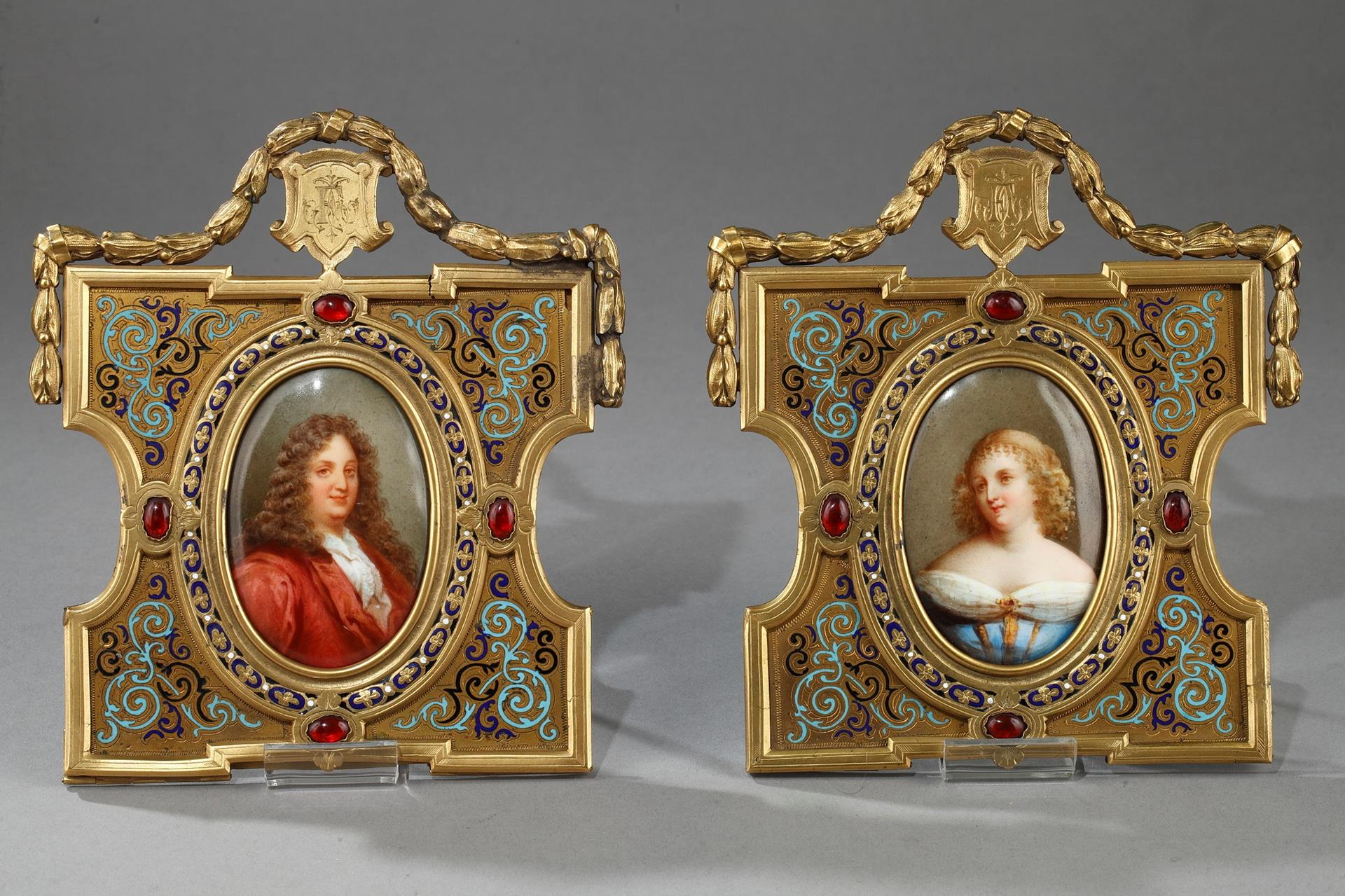 Pair of porcelain and enamelled portraits featuring a man and a woman of the 17th century. It is most likely a portrait of Louis XIV and Maria Theresa of Austria. The two porcelain medallions are set in a scalloped bronze frame. Each frame is decorated with blue and royal blue champlevé enamel. These motifs of interlacing recalling the marquetry of Charles-André Boulle. Each portrait is enhanced by a red glass element mounted in cabochon.Au above each frame, a laurel wreath framing a crest engraved with the figure F. The frames are signed Alphonse Giroux.
The shop of Alphonse Giroux et Cie was located at 7, rue du Coq-Saint-Honoré and continued from the Consulate at the end of the second French Empire. François-Simon-Alphonse Giroux created a shop at the end of the 18th century and at the Restoration in 1834 he became a cabinet maker. He became a supplier to the aristocracy and the royal entourage. Around 1837, he retired and entrusted his succession. This famous store exhibited at the Exhibition of French Industry in 1839 and won a silver medal. They became suppliers of the Second Empire until 1867.
This pair of frames is characteristic of the Historical style that develops during the Second Empire.
H: (6.29 in.) 16 cm / L: 4.92 in. (12,5 cm.)
Work of the second part of the 19th century. Circa 1850-1860.
REF: 4722
Price: 6500 €